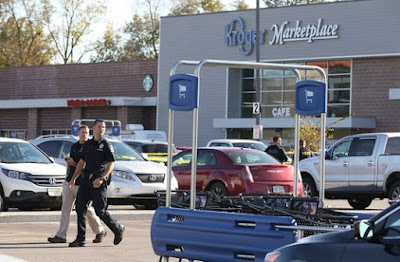 Two black senior citizens were murdered in Louisville, Kentucky, on Thursday. Maurice Stallard, 69, was at a Kroger supermarket when Gregory Bush, a 51-year-old white man, walked in and shot him multiple times. Bush then exited the store and shot Vickie Lee Jones, 67, in the parking lot before an armed bystander reportedly fired back, prompting him to flee. 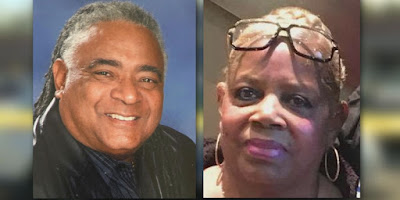 Police were unable to confirm accounts that Bush encountered a second armed man, who engaged him in a brief standoff where no shots were fired. “Don’t shoot me and I won’t shoot you,” the man’s son, Steve Zinninger, claimed Bush told his father. “Whites don’t kill whites.” Police apprehended Bush minutes later. 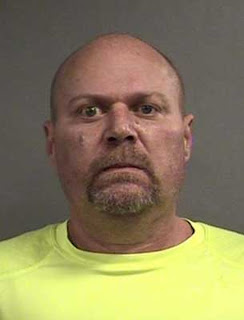 Bush had no known connection to either of his victims. Any doubt of a racial motive seemed quelled when surveillance footage showed the shooter forcibly tried to enter a black church minutes before moving on to the supermarket. A member of the 185-year-old First Baptist Church of Jeffersontown grew alarmed when she saw Bush yanking “aggressively” at its locked front doors. Up to ten people were inside the chapel following a midweek service. “I’m just thankful that all of our doors and security was in place,” church administrator Billy Williams said. 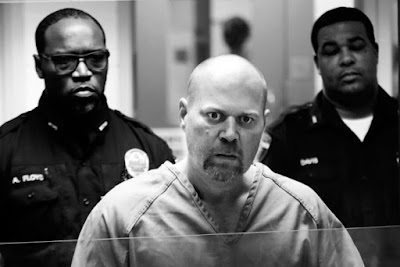 Gregory Bush is arraigned on two counts of murder and 10 counts of wanton endangerment Thursday, October 25, 2018, in Louisville, Ky. Bush fatally shot two African-American customers at a Kroger grocery store Wednesday and was swiftly arrested as he tried to flee. Photo: Scott Utterback/Courier Journal via AP Pool
Posted by Loren Coleman at 11:29 PM

This is so sad, and so unlike the Louisville I've experienced. I've always found Kentuckians to be exceptionally kind people who would give you the shirts off their backs.