YG Killed At NO WF

The Elysian Fields (Ancient Greek: Ἠλύσιον πεδίον, Ēlýsion pedíon) is a conception of the afterlife that developed over time and was maintained by some Greek religious and philosophical sects and cults. 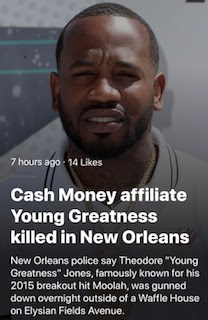 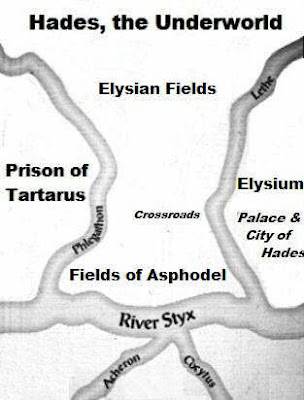 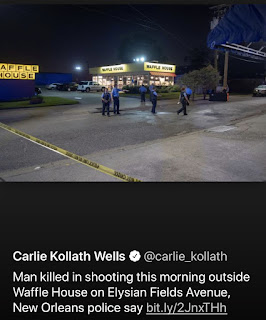 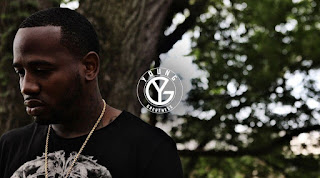 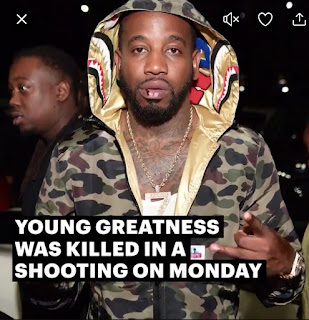 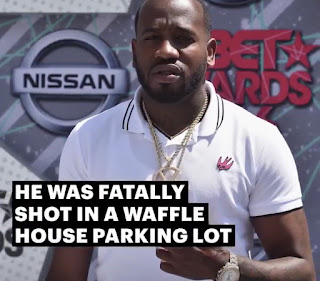 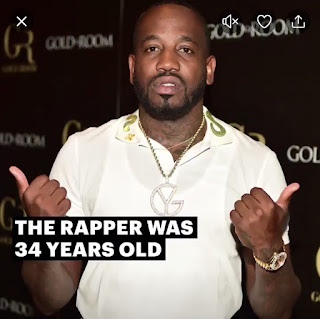 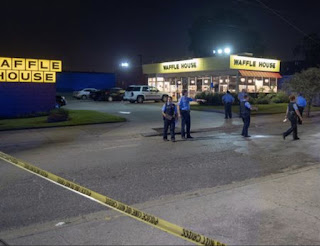 “They told me to take a streetcar named Desire, and then transfer to one called Cemeteries and ride six blocks and get off at Elysian Fields.”


Tennessee Williams provides perhaps the most famous reference to Elysian Fields Avenue in his 1947 Pulitzer Prize-winning drama, A Streetcar Named Desire, as the female lead character Blanche DuBois describes the journey to her sister’s home in New Orleans where she hopes to begin a new life. The street’s origins date back to the 1800s when it was the first road in New Orleans to extend from the Mississippi River to Lake Pontchartrain. In 1831, the Pontchartrain Railroad was built along its route and led to the development of Milneburg, a village along the lakeshore consisting of property owned mostly by Alexander Milne, a Scottish immigrant and successful New Orleans businessman. The railroad, combined with access to shipping routes via Lake Pontchartrain, helped Milneburg grow into a vibrant part of town. By the early 1900s, Milneburg was a resort destination 20 minutes from downtown New Orleans with restaurants, a hotel and music venues.


It’s difficult to pin down exactly who assigned the label “Elysian Fields” to the new thoroughfare. In Greek mythology, Elysian Fields refers to Elysium, a final resting place for virtuous souls in the afterlife. Milne was known to have assigned street names within his holdings that represented prominent cities: New York, Edinburgh and Madrid, for example. Elysian Fields is thought to have been named after the grand route in Paris known as Avenue des Champs-Élysées. In Paris, the Avenue des Champs-Élysées connects Place de la Concorde, the largest public square in the French capital, to Place Charles de Gaulle, where twelve avenues meet and the Arc de Triomphe is located. In the place that playwright Tennessee Williams considers his “spiritual home,” our Elysian Fields also connects geographical pillars that define the city–the Mississippi River and Lake Pontchartrain. And while the streetcar doesn’t travel the same routes today as it did in the time of Blanche DuBois, thousands of New Orleanians continue to travel down Elysian Fields to the University of New Orleans in search of a better future.  ~ University of New Orleans

I hope the weird sync with the Elysian Fields means he's in a better place now. How sad, to lose a young artist at only 34.