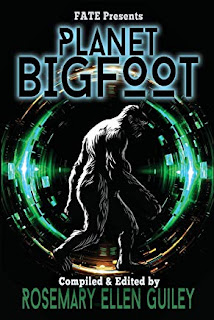 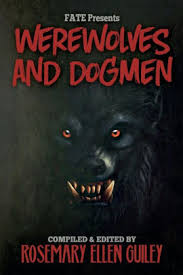 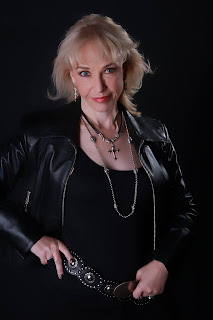 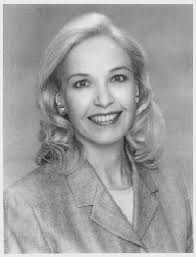 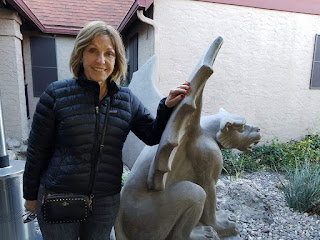 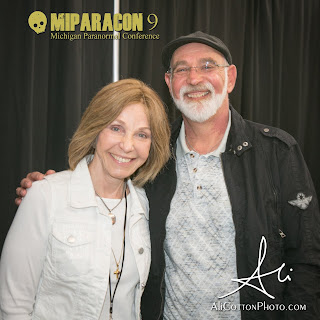 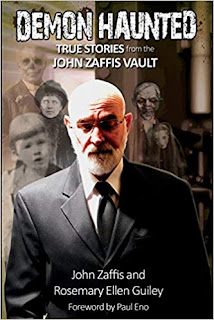 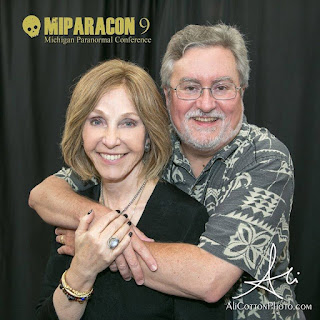 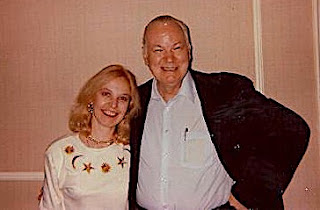 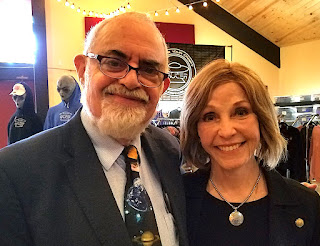 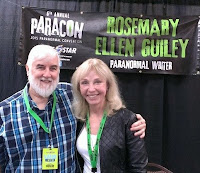 Posted by Loren Coleman at 7:12 AM

I am beyond sorry. Sending my deepest sympathy and condolences.

Very sad news indeed! She will be missed.

Our deepest condolences to her husband, family and all that loved her.

Wow. She sure lived to the fullest while she was here. I am grateful for her many contributions.

Deepest condolences to her family.

Thank you Loren for your thoughtful article on the life of Rosemary Ellen Guiley.
I met Rosemary when we brought her to Lincoln, NE as part of a conference in 1988. In 2008 she joined my Exploring Unexplained Phenomena radio program as a regular monthly contributor with her segment "In the Dark with Rosemary."

Someone smarter than me called her the Queen of the Paranormal and she rightly deserved that title. Her grace, wit, charm and intelligence was a positive aspect to any endeavor she pursued.

My condolences to her husband Joe and to her family and her many friends and fans. Sorrow in the night and joy in the morning.

RIP!! Hope the other side is all you hoped it would be!

I would have loved to have known her. I very intelligent and interesting person lost to our physical realm. My heart goes out to her family and friends.

I met Rosemary at the Exopolitics Leeds conference. Sorry to hear this news. :-(

Very charming person. Dedicated to her work. Also was a great guest on our show Exploring the Bizarre. We had lunch at the local deli several times after she attended NY Fortean Society meetings directed by J.A.Keel of course. I see she is also another Cancer.

RIP Rosemary you will be missed gods speed to you!

I'm devastated to learn this tragic news. I counted Rosemary as a true, longtime friend. She was a dedicated researcher of all things beyond our earthly norms, and no matter how dark the subject matter, she never lost her positive outlook on life. A true gem in her field is now gone from us here, and I'm sure countless others will also be missing her for a very long time. Thank you for writing this notice chronicling her amazing life's work.

The Cryptid/Paranormal community has taken a few hard hits recently. Rosemary was a warrior for truth and will be hugely missed. Prayers to those closest to her. I hope she now knows all the answers to life's most meaningful mysteries. R.I.P.

I'm incredibly sad to learn this shocking news. Rosemary set the bar high for all of us in her books, lectures, papers and radio/podcast appearances, and never came off as pretentions, this despite her great intellect and vast knowledge when it came to the paranormal. She was a good friend and respected colleague and I will miss her sharp mind, unique observations, beautiful face and great laugh.

I rarely missed an interview with Rosemary on Coast to Coast. What a brilliant and insightful soul. Rest in peace.

Such a unique spirit and such an interesting soul. I'm sure her passing will affect many,myself included. She will finally get those answers we are so desperately searching for 💔

Nicholas S. Antolick said...
This comment has been removed by the author.
11:22 PM

I spent several days in her company in April 2015. We were all at an ouija board celebration in Baltimore. She was an amazing person. I'm stunned by this news... :-(

I never had the opportunity to know of her work, a grave misfortune for my traits and interest. Intrigued to say the least.
My thoughts are with all family and friends

The world lost a great Queen of Swords. I love you, Rosemary. Who will bring your dedication and intelligence to matters not only paranormal but also spiritual? Much love to you always.

I just found out the sad news! I met Rosemary while we attend the monthly MUFON meeting in NJ. Afterwards, ironically we would get together for a late dinner or a bite to eat at the ....are you ready for this? Spirit has such a great sense of humor! We'd meet at the "Golden Dawn Diner" You can't make this stuff up! We'd laugh! She told me about the new book she was working on. It was 1985! We were so young then! Over the years, I would run into her once in a while and we'd catch up. It's been a long time since I last saw her. Rosemary, may your body rest in peace and may your soul empower and inspire others! Love Mary Beth

All references to her death state "died suddenly", but did she have any prior knowledge of her own time of death?

I wonder about destiny, whether death-time has been predetermined, as Confucious was able to foretell his own death and cause.