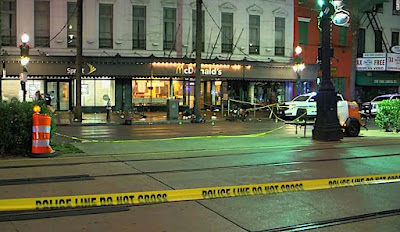 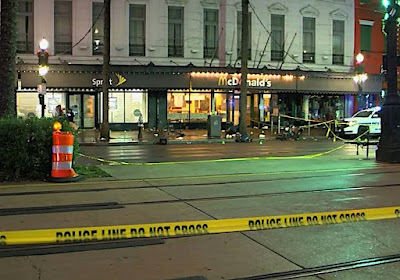 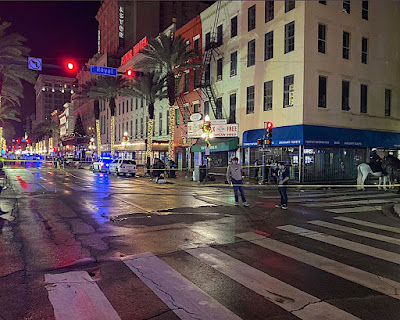 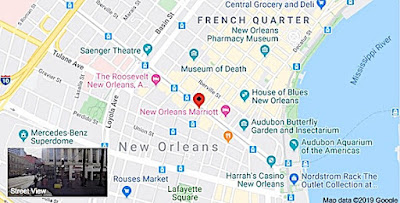 According to the New Orleans Police Department, at least 11 people were struck by gunfire in the 700 block of Canal Street just before 3:30 a.m. Sunday, December 1, 2019. It happened near Royal and Canal streets, near the Hotel Astor and a McDonalds.

A person was detained near the scene, however police say their involvement in this incident remains under investigation.

No arrests have been made.

During a 5 a.m. press conference, NOPD said two of the 11 victims were in critical condition. No further details are available as to their respective statuses at this time. Source

The shooting took place in the 700 block of Canal Street, not far from Lafayette Square, The Ruby Slipper Cafe, and the Museum of Death.

On the same weekend in 2016, a man was killed and nine other people wounded in a shooting on Bourbon St.

In June 2014, another shooting incident on Bourbon St left one person dead and nine injured.

h/t Enki King for comment
Posted by Loren Coleman at 11:21 AM