George, of course, was a wonderful correspondent. He would talk about his quiet life down the isolated lane where he lived near Mount Hood, and recall the glory days of Ufology. I was sorry to hear he left us a couple years ago. I ran across this notice recently of his passing. 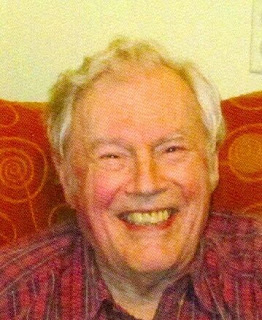 George Whiteford Earley, 93, of Mt. Hood, Ore., died peacefully at home on Oct. 28, 2020. His death was eased by the presence of family members nearby and a glorious view of Mount Hood in the distance.

George was born to Carol and Guy Earley in Warrenton, Va., on Feb. 15, 1927. He attended Sidwell Friends School in Washington, D.C., received a B.S. degree in aeronautics from Miami University in Oxford, Ohio, and earned his M.A. in political science from Trinity College in Hartford, Conn. He served in the Air Force during the Korean War, including a year of overseas duty.

George married Margo Griffith in 1951 in Washington, D.C., and they made their first home in Wilmington, Del., before moving to Bloomfield, Conn., where they raised their four children. He worked as an administrative engineer for United Technologies in the early days of the Space program, and returned later to join the team of scientists building the very first large wind turbines. Between tenures at UTC, he served as the business administrator of First Congregational Church in West Hartford and as the energy auditor of public buildings throughout the state of Connecticut. His commitment of mind and heart to alternative energy gave him deep satisfaction for the rest of his days.

George spent every summer vacation backpacking with his family into wilderness areas all over the west, an adventure which led almost inevitably to the choice of Oregon for his retirement. In the Hood River Valley, he and Margo built a spacious home to welcome friends and family members throughout the year. He became a talented handyman indoors and out, plunged into the life of his new community, and spent many happy hours on snowy forest roads with dogsled and his beloved malamute, Thunder. 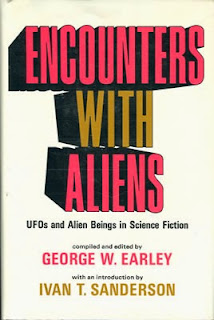 For 50 years, George was a prolific freelance writer, exploring a wide range of interests: Science fiction, space exploration, photography, Dixieland jazz, conservation, and what he termed “unexplained phenomena” — UFOs, Bigfoot, and the Loch Ness Monster. In 1968, he published an anthology of science fiction titled Encounters With Aliens. He wrote letters to the editor, op-ed pieces, and other articles for newspapers on both coasts. He formed a Connecticut chapter of the National Investigation Committee on Aerial Phenomena, served as president of the Connecticut Writers League, worked with writers’ groups in Hood River County, served as secretary of the Hood River Valley Residents Committee (now Thrive), and for 15 years was an enthusiastic member of Friends of the Hood River Library. His curiosity and witty humor never waned, and his speech was peppered with puns both good and bad, to the delight of his friends and the dismay of his wife.

George is survived by his wife of 69 years, Margo; his children and their spouses, David and Angela Earley of Wooster, Ohio, Steve and Anne Earley of Gisborne, Australia, Kate and Ken Downes of Shelburne Falls, Mass., and Christine and Todd Strickland of Lakewood, Colo.; 13 grandchildren; and four great-grandchildren.
Columbia Gorge News, November 6, 2020. 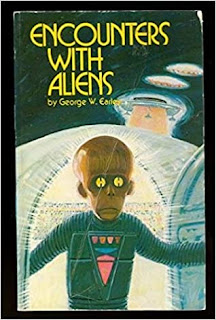 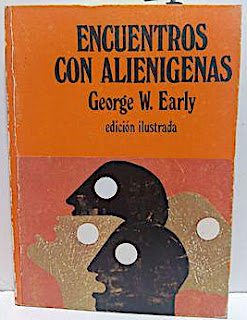 +++
George was a member of various Fortean organizations, and his work was often via reviews and critiques of cases.
With regard to the account of the 1976 Bigfoot tracks in the Agawam, Massachusetts area, George was instrumental in finding and photographing the teenager's track cutouts. Here his daughter Christine displays them so George can photograph one cutout. 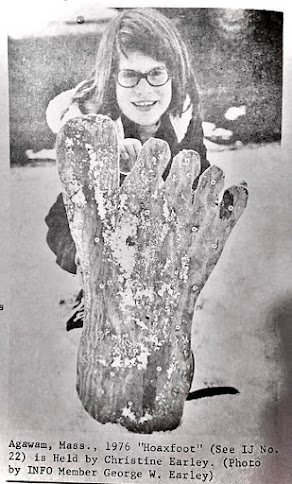 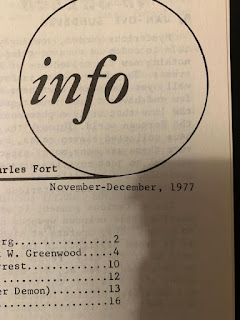 This photograph was in the November-December 1977 issue of INFO, the publication of the International Fortean Organization. Share by Paul Bartholomew. 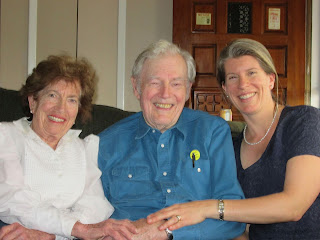 Here is a photograph of Margo, George, and Christine from Facebook in 2014.
*** 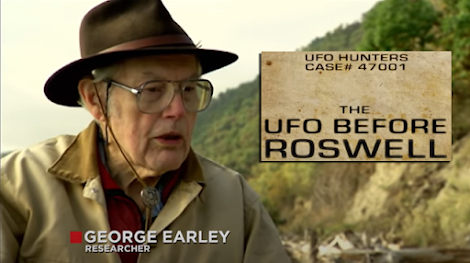 The UFO Hunters, Season 1, Episode 1, "The UFO Before Roswell," broadcast January 30, 2008.
Curt Collins of UFO Updates writes: "Here's a tribute to the life and work of George W. Earley that includes some of his rare newspaper articles."
see also
George's last published Fortean thoughts:
"Old Ufologist Replies To Young Ufologists"
+++
Margo, George's wife of 69 years passed away within a few months of his death.
=== 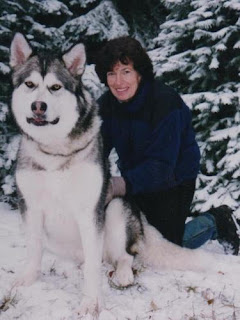 Margo Earley (Margaret Dyckman Griffith), born June 24, 1931, in Syracuse, N.Y., died peacefully at home on Feb. 5, 2021, with family by her side and in view of Mount Hood, as she wished. Margo grew up in Washington, D.C., graduating from Sidwell Friends School, before attending Oberlin College in Ohio, where she majored in zoology and minored in music. Four months later, on Sept. 8, 1951, she married George Earley, her husband of 69 years.

After a brief time in Wilmington, Del., then West Hartford, Conn., she and George moved to Bloomfield, Conn., where they lived for nearly 35 years, raising David, Steve, Kate and Christine. An avid hiker from childhood, for the next three decades Margo organized family summer camping and backpacking trips, initially in the Appalachian and Adirondack mountains, and then throughout the Rockies, Sierra Nevadas, and northwest Cascades, as well as into Canada, Alaska, and the European Alps. At home, she sang in the church choir — including a number of years as a paid soloist — served on school parent committees, volunteered at an inner-city hospital in Hartford, performed in a local theatre/operatic group, and began a lifetime commitment as a blood donor (more than 25 gallons).

An accomplished cook, Margo sustained her family on delicious meals, homemade bread and brownies, and well into their adulthood, she mailed to each child her divine homemade birthday cake, made tastier for the time in transit. Thanksgiving and Christmas were not complete without her traditional Baked Alaska.


In 1989, Margo and George moved to Oregon to begin a new life, pursuing a love of the wilderness and a passionate advocacy for the environment, while living on the lower slopes of Mount Hood. Together they raised a number of beloved malamutes, graciously welcomed countless friends from all over the world, hosted family gatherings, as well as the Lincoln High School Constitution Class’ annual winter retreat, community meetings, and First Aid and CPR training courses.

Over many summers, Margo volunteered on trail maintenance crews (Mazamas and Sierra Club) and, for more than 15 years, led numerous backpacking trips in the Northwest (including for the Sierra Club). During this time, she maintained certification in either Wilderness First Aid or Mountaineering First Aid, serving as First Aid Shepherd for Oregon Wild, the Wilderness Society and Friends of the Gorge on local hikes up and down the Columbia Gorge.

Margo also served for 15 years on the board of the Hood River Valley Residents Association (now THRIVE), and for 10 years on The Wilderness Society’s president’s council. She summited Mount Rainer (once) and Mount Hood (three times) and hiked more than 800 miles of the Pacific Crest Trail, including all of the John Muir Trail. She could recite elevations of mountains she had climbed decades earlier and had an encyclopedic knowledge of almost every trail she had hiked.


Margo was also a gifted writer with a poetic turn of phrase — and some poetic license! — and her annual Christmas letters and family emails (written by hand, before typed) were always a delight to read.

A Sierra Club trip to the Everest region inspired Margo to support a Nepalese village 50 miles from Mount Everest, funding healthcare there for more than 15 years, eventually assisting the community to establish a medical clinic several years ago. It is no surprise that her two final tasks, before calling for an ambulance, were to finish casseroles for upcoming guests and send her 2021 donation to Nepal.

Margo is predeceased by her husband, George, her sister, Julia, and her grandson, Shawn. She is survived by her two brothers, Larry and Steve and their wives, four children and their spouses, 13 grandchildren, and four great-grandchildren.
Source.
+++
Bookseller and friend Bob Gavora observed that as Margo was dying: "The family set up a bed in the living room facing Mt. Hood. She passed away peacefully viewing her mountain."
Posted by Loren Coleman at 12:00 PM