Pondering such postings as "Are You Still Alive? UFO Deaths, Revisited" and "Ufologist Stan Friedman Suffers Heart Attack," a seasoned ufologist has forwarded a response. 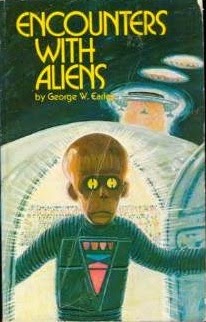 Be advised this "dinosaur" of ufology is still alive and reasonably well. At 87, I may be one of the few left who read the original news story on the Arnold sighting: June 25, [1947] front page of one of the St. Louis papers.

It was only a one column piece, maybe 6" at most long. At the time, I put it down to him having seen jets out of Boeing Field, not too many air miles from where he was. Learning more later, including UFO sightings by night by bomber crews over Korean air space during that fracas, I became more and more curious. Earlier, during a visit of our AFROTC unit to Wright-Pattterson, I was sternly admonished by the Colonel who was our tour guide, when I asked about "flying saucers," as they were still being called then.

"Mister!" he snapped, "We do NOT talk about such things!"

And so I did and still am.

I would also note that Willy Ley ("Uncle Villy" as a few of us were privileged to call him) indicated some interest in the topic early on but later decided it was not worth his attention. He definitely does not warrant being called a "ufologist."

As for me, I was the only ufologist to interview Phil Klass AND get said interview published by FATE Magazine. Did a few other interviews/articles for them as well as numerous reviews for Fate and a number of other publications, eventually winding up as a reviewer/article writer and 'contributing editor' for the currently moribund UFO Magazine. My final article [~15000 words serialized over 4 issues] was a hard-nosed look at the Maury Island Hoax, resulting from by brief appearance on the first UFO Hunters TV show where 20 minutes of discussion with Bill Birnes was boiled down to 1 or 2 brief sentences.

I live on one of Mount Hood's old glacier moraines with 25 acres of woods and ~5 acres of open meadow where neither Bigfoot nor Flying Saucers seem interested in visiting.

P.S. Publish this if you want; these upstart ufologists are historically illiterate and misinformed about how well many of us are! 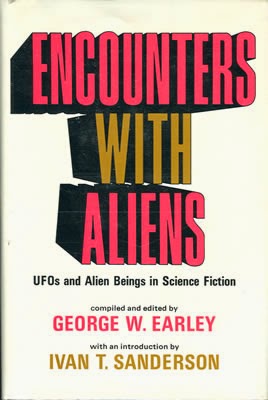 Posted by Loren Coleman at 7:10 PM