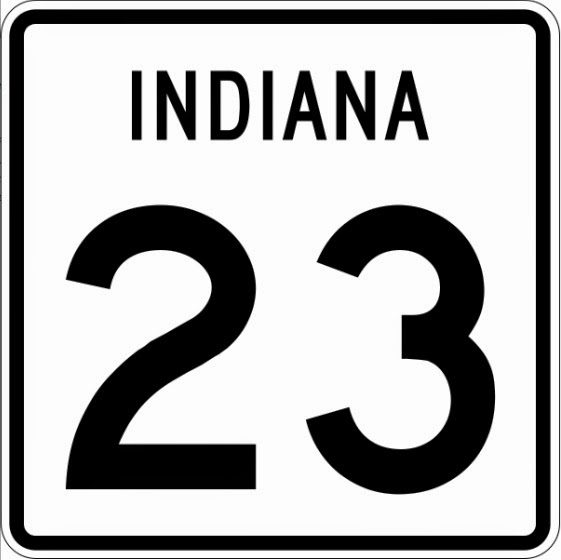 The 23 phenomenon is strong in this one, grasshoppers. There was a shooting in which 7 people were injured in Broad Ripple.

Broad Ripple Village is one of six areas designated as cultural districts in Indianapolis, Indiana. Located about six miles north of Downtown Indianapolis, Broad Ripple was established in 1837 as an independent municipality and annexed to the city of Indianapolis in 1922. The neighborhood has a reputation for being socially, economically, and ethnically diverse and is thus generally associated with its vibrant social scene and progressive political attitudes. The area is where talk show host David Letterman, astronaut David Wolf and social activist author Dan Wakefield (Going All the Way, 1970) grew up.

Broad Ripple's position as a cornerstone of Indianapolis youth culture and nightlife is a result of its thriving bar scene and the near presence of Butler University. Staying true to the neighborhood motto "we're open if you are," numerous Broad Ripple bars and restaurants remain open as late as 3am - often on weekdays as well as weekends. 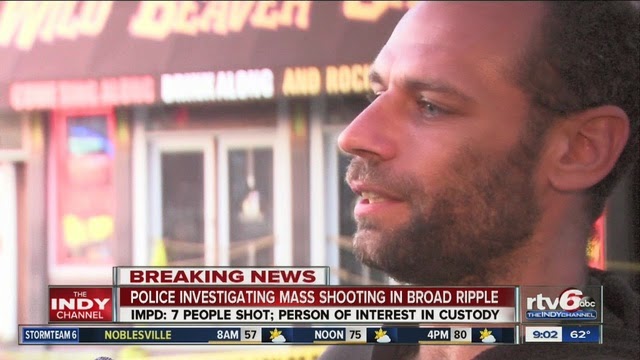 The shooting that injured seven people in Broad Ripple began at 2:30, near the intersection of Broad Ripple and Carrolton avenue. It seems to have began as an argument between two individuals, with bystanders being hit, "rather than a target mass shooting," Indianapolis Police's Troy Riggs said.


Several police were on duty in the area, and immediately went to the aid of the victims.
"They were making tourniquets, acting as professionally as can be expected," Riggs said.
As the officers gave aid, one man carrying a gun was seen trying to put a .45-caliber Bersa into a car. Lawrence Jones, 23, Indianapolis, was preliminarily charged with possession of a handgun without a license. But police do not consider him a suspect in the shooting, though they will continue to probe that possibility.
Otherwise, Riggs said, police have no solid leads or firm descriptions of the gunman. 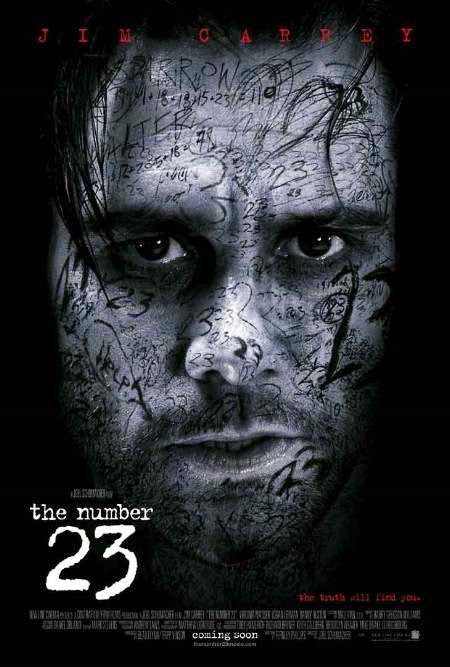 What is remarkable is how often the number "23" comes up in this 2:30 am shooting. 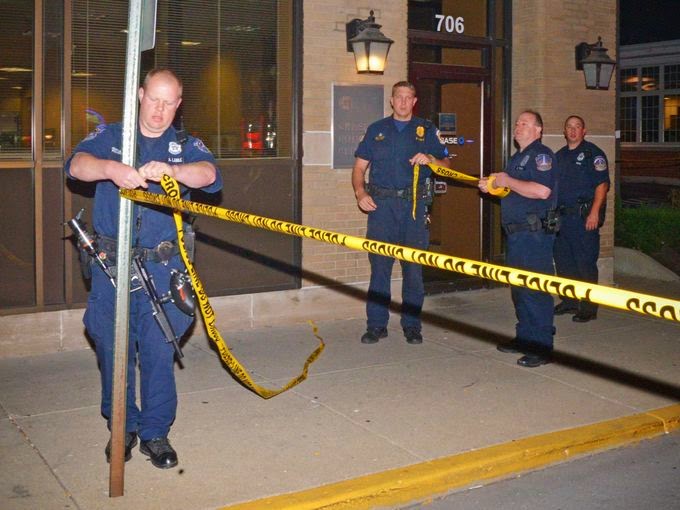 The Indianapolis Star, nevertheless, called it a mass shooting, in the context of listing it with other "mass shootings" in the area. Source.

This was the second mass shooting in Broad Ripple in the last year. On Aug. 2, a 26-year-old Westfield man shot four people following an altercation at a bar in the 6200 block of N. College.
...
In another public mass shooting, 17-year-old Shamus Patton fired into crowds at two Downtown locations on July 17, 2010, striking nine victims ages 10 to 19. Patton was thought to be a member of the Ratchetz Boyz street gang in the Martindale-Brightwood area, and some of his shots appeared to be directed at rival gang members.
...
Less than a month after the downtown shooting, eight people were shot in the 1200 block of West 32th Street. Two people who had been attending a birthday party were killed in that shooting. Witnesses said a man stepped out of a car in front of a house, put on a black ski mask and sprayed the house and its front yard and backyard with up to 30 rounds from an assault rifle. The carnage left 54-year-old Charles Mays, Indianapolis, dead of a gunshot wound in the front yard, next to a bicycle he used to try to flee the barrage of bullets. In the backyard, Barbara Johnson, 37, was fatally shot in the back as she ran away along with about 40 other guests at the birthday party and barbecue.
Indianapolis also has been plagued in recent years by violence as large crowds gather to celebrate the Fourth of July.
In 2013, 16-year-old Monquize Edwards was fatally shot on a packed Downtown street after the July 4 celebration. Police found Edwards' body at Maryland and Meridian streets after the fireworks show.
Eron Bonner, 18, Indianapolis is charged in the shooting. Witnesses told police they saw Edwards and Bonner face off on the streets. Moments later, a witness saw Bonner pull out his gun and then saw that Edwards had been shot, according to a probable cause affidavit. Both teen were believed to be members of two rival gangs: Bonner of the Grimmie Boyz and Edwards of the Homicide Goonz.
In 2011, two teens were shot Downtown after the fireworks show. A third teenager reported to police that he was beaten by a group of men near the Downtown Canal. And in a fourth incident, a report of shots fired near the Downtown Hyatt Regency sent dozens of people into a parking garage, scrambling for cover.