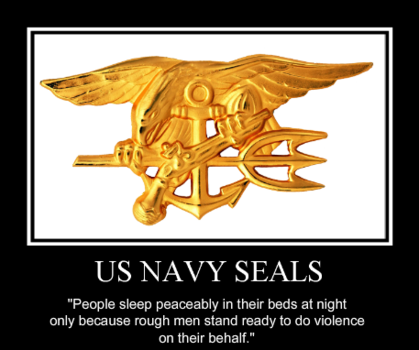 From the Halls of Montezuma
To the shores of Tripoli;
We fight our country's battles
In the air, on land, and sea;
First to fight for right and freedom
And to keep our honor clean;
We are proud to claim the title
Of United States Marine.

The breaking news Saturday, July 26, 2014, is that the United States is shutting down its embassy in Libya and evacuating its diplomats to neighboring Tunisia under U.S. military escort amid a significant deterioration in security in Tripoli as fighting intensified between rival militias, the State Department said.

To the shores of Tripoli

The lyrics are contained in the book Rhymes of the Rookies by W. E. Christian, published in 1917. The author of these poems was W.E. Christian. They are more commonly known today as being in the "Marines' Hymn," which is the official hymn of the United States Marine Corps.

The line "To the shores of Tripoli" refers to the First Barbary War (1801-1805), and specifically the Battle of Derna in 1805. The conflict involved war with the Barbary States (the Ottoman provinces of Tripoli, Algiers, and Tunis). The run up to the war and the war involved many names you have heard before in this blog (e.g. Bainbridge, Decatur, and others). The return of the bodies of the precursors to today's Navy SEALs has been an ongoing challenge in working with the governments of Tripoli.

The Tripoli Monument is the oldest military monument in the United States. It honors heroes of the First Barbary War: Master Commandant Richard Somers, Lieutenant James Caldwell, James Decatur (brother of Stephen Decatur), Henry Wadsworth, Joseph Israel, and John Dorsey. It was carved in Livorno, Italy in 1806 and brought to the United States on board the USS Constitution. From its original installation in the Washington Navy Yard in 1808 it was moved to the west terrace of the United States Capitol in 1831, and finally to the United States Naval Academy in Annapolis, Maryland in 1860. (See additionally, "Remains of 'First Navy Seals' Lie in Tripoli," Washington Post, May 29, 2011, and also, Richard Somers.)

Tripoli (Arabic: طرابلس ‎ Ṭarābulus) is the capital city and the largest city of Libya. As of 2011, the Tripoli metropolitan area (district area) had a population of 2.2 million people. The city is located in the northwestern part of Libya on the edge of the desert, on a point of rocky land projecting into the Mediterranean and forming a bay.

Tripoli was founded in the 7th century BC by the Phoenicians, who named it Oea.

Around the beginning of the 3rd century AD, it became known as the Regio Tripolitana, meaning "region of the three cities," namely Oea (i.e., modern Tripoli), Sabratha and Leptis Magna.

Tridents and Tripoli have been associated for centuries. The above Medal of Louis XV, notes the bombing of Tripoli by Duvivier, 1728 Paris. The reverse shows Nepture with his Trident, threatening Tripoli. 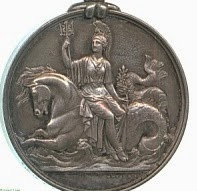 The British Naval General Service Medal, 1848, was given to veterans of the naval battles along the Barbary Coast during the French Revolutionary War and Napoleonic Wars. The reserve shown is Britannia with a trident seated sideways on a seahorse.

Watery creatures and Tripoli go fin-in-fin, so to speak. 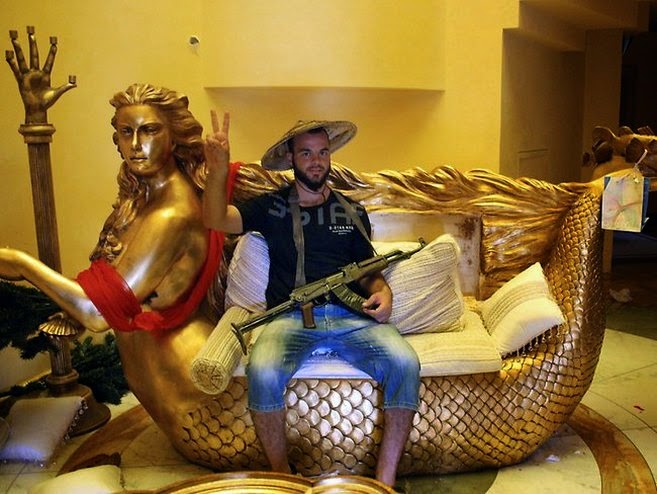 In 2011, a Libyan rebel poses on a sofa shaped like a mermaid, with the face of Muammar Gaddafi's daughter Aisha at her home in Tripoli.

The name game in Libya even got involved in the civil war there.

The Battle of Tripoli (Arabic: معركة طرابلس‎ maʻarakat Ṭarābulis) - in August 2011 - was a military confrontation in Tripoli, Libya, between loyalists of Muammar Gaddafi, the longtime leader of Libya, and the National Transitional Council, which was attempting to overthrow Gaddafi and take control of the capital. The battle began on 20 August 2011, six months after the Libyan civil war started, with an uprising within the city; rebel forces outside the city planned an offensive to link up with elements within Tripoli, and eventually take control of the nation's capital.

Libya has remained unstable for some time. 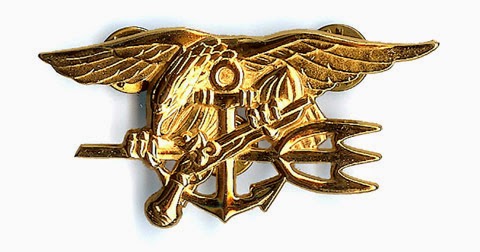 Official Seal of the Navy Seals, with trident.

Now comes the evacuating of Americans from Tripoli, on the heels of the crash of Air Algerie Flight 5017. 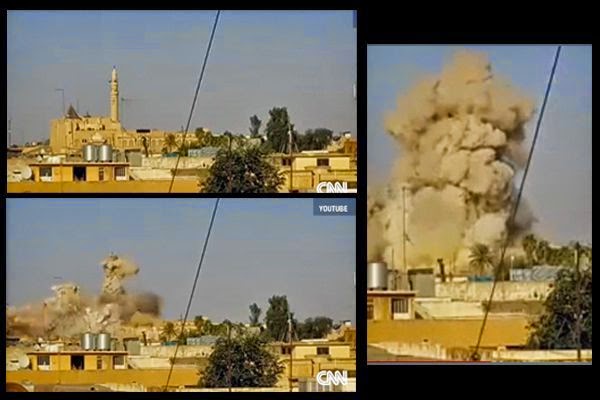 Meanwhile, in Iraq, on July 25, 2014, an Iraqi shrine that is purported to be the burial site of Jonah, who the Bible says was swallowed by a whale, has been blown up by Islamic State militants (ISIS). The tomb, a popular destination for religious pilgrims and tourists, was inside a Sunni mosque in Mosul called the Mosque of the Prophet Younis, which is Arabic for Jonah. It dates back to the eighth century BC. The story of Jonah, or Younis, who was said to have survived three days in the belly of a whale, appears in both the Bible and Quran. 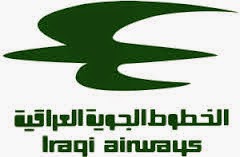 Much of the iconography recalls the worship of 'sea god' Dagon, up the eastern Mediterranean coast. As with Mumbai and the Triple Underpass at Dea-ley, Tri-poli also suggests the triune-goddess of kore/mater/crone. Thus 'mermaid' signatures.


Originally, only a single continent existed on Earth. After the shakeup, distinct continents formed, with distinct characters. Tripoli is located at the indentation, or wound, anciently made in the skull of Africa, torn away to become instead a part of Europa. So proceeding occult associations and events involving Tripoli are inevitable. Cheers.