Killer Quake on July 12th? Update: Not in USA

Update: No killer or even big quake hit the USA on July 12, 2014. Small earthquakes did shake Oklahoma greatly, and some were noticed in the Big Bear Lake areas of California. But as to a dawn quake on Saturday, July 12th, we have to look to Japan.

Here is a summary of that event.

A strong earthquake hit Japan's northern coast near the nuclear power plant crippled in the 2011 earthquake and tsunami. The earthquake early Saturday triggered a small tsunami and injured at least one person.
Japan's Meteorological Agency said the 6.8-magnitude quake struck 10 kilometers (6 miles) below the sea surface off the coast of Fukushima. The 4:22 a.m. [Saturday, July 12, 2014] (1922 GMT Friday) quake shook buildings in Tokyo, about 250 kilometers (120 miles) northwest of the epicenter.
A 20-centimeter (8-inch) tsunami reached the coast of Ishinomaki Ayukawa and Ofunato, about 50 minutes after the quake. Smaller waves were observed at several other locations along the coast. Changes to the shoreline were not visible on television footages of NHK public broadcaster.
In Fukushima, a 68-year-old woman fell down the stairs and broke her leg, according to the prefectural police. No damage was reported. Read the rest of story, here. 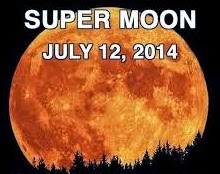 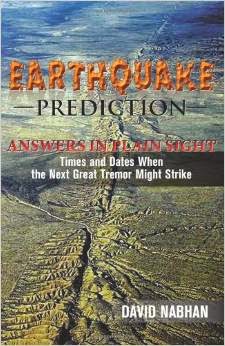 Earthquake predictor David Nabhan thinks so. In his book, Earthquake Prediction: Answers in Plain Sight: Times and Dates When the Next Great Tremor Might Strike, Nabhan set down the date in print (along with September 9, 2014, as well).

Nabhan's book notes that every earthquake that was powerful enough to be a killer within a 70 mile radius of Los Angeles' city center (between 1933 and 1994) struck within a tight 3 hour window at dawn or a corresponding time interval at dusk. Furthermore, 66% of these events took place within 36 hours of the precise instant of a new or full moon. Other regional examples followed this same pattern.

The Great San Francisco Earthquake (1906) clocked in at 5:12 AM; Loma Prieta (1989) struck almost precisely 12 hours later: 5:04 PM.
Anchorage was destroyed on Good Friday, 1964 at 5:36 PM--47 minutes away from the exact moment when the Moon entered the greatest extent of it's fullness.
The last Big One on the Southern San Andreas (1857) hit Fort Tejon in the early morning.
The May 2, 1996 magnitude 5.4 Seattle earthquake, the largest in that city’s history since 1965, rocked the Puget Sound area no more than 9 minutes outside the time and date forecasted in David Nabhan’s first book....Nabhan suggests there is fairly solid evidence to support the hypothesis that solar and lunar tides working in tandem might actually have a hand in at least helping to trigger tremors on the West Coast. Source.

Needless to say, Nabhan gives himself only a 24 hour range, instead of a 36 hour one, if he predicts for exactly July 12th. But I guess one has to begin somewhere.

The Super Moon of July 12 (which happens to be my birthday) appears to be a powerful one, so perhaps those earthquake preparedness kits would be a good idea for California and Alaska residents. Shop today for water, canned goods, batteries, and first aid equipment. Be careful. Be aware. 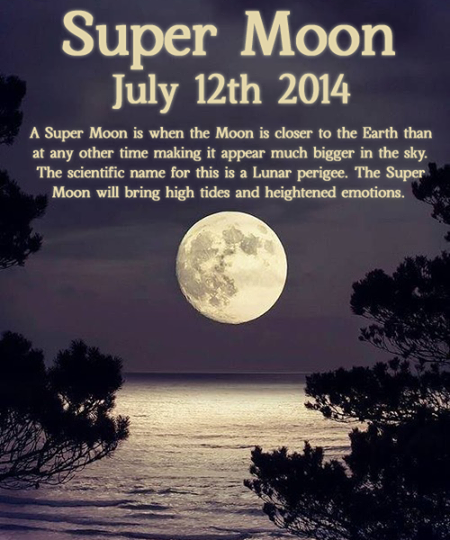 I am skeptically open-minded about such predictions, having even written a tribute to Iben Browning upon his death, and a more recent posting on Browning's forecasting.

Actually, I don't wish a large earthquake on any region of the USA, and especially the populated areas of southern California. The "Big One" in Los Angeles could kill hundreds. As it is, my sister Susan lives in southern California, so I hope this is a non-story.

But earthquakes, like death and taxes, do eventually happen. In the end, I think we have to begin to predict earthquakes so people will pay attention.

The Super Moon of July 12th probably will cause some sizable seismic activity, whether it's on the 12th, 13th, or 14th, and whether it is in California, Alaska, Mexico, or Greece.

Be prepared, my friends.

Posted by Loren Coleman at 9:07 AM

We just had one rather strong quake yesterday. It killed 2 people in Guatemala & 1 in Chiapas.

GET ME OUT OF HERE! Loren, early birthday wishes to you... have you seen this?

Faal is some kinda disinfo beacon from what I have been told, still... the area I am in presently (Inland Empire, an hour east of Los Angeles) has been hit with a continuous stream of tiny earthquakes recently, there is fear among some that the long dormant portion of the San Andreas or connected fault lines could potentially rip So Cal apart! http://www.data.scec.org/recenteqs/Maps/117-34.html

Maine is looking better every day... I read last night that while California has produced the lion's share of our country's serial killers, Maine doesn't have a single one on record. Hooray for Maine!

Skylaire, The future earthquake news remains to be seen, but Maine not having even one serial killer is incorrect. In fact, I served on a special commission to try to figure out what could be done about forecasting future serial killers after John Joubert murdered little boys. Joubert was executed in Nebraska, where he also killed, so maybe he isn't linked to Maine because of his death penalty there. http://en.wikipedia.org/wiki/John_Joubert

Thanks for enlightening me... how fascinating... did you come to any conclusions about forecasting? I find it all fascinating, if a bit macabre. My mother had a run in with Richard "The Night Stalker" Ramirez when I was a kid... later, I worked/lived alongside a man murdering prostitutes... he disappeared one day and then, a police sketch of his face and his Jeep on the news. You just can never tell!

July 12th, in Northern Ireland , is the Glorious 12th, and is amrked by marches. Due to their sectarian nature they often attract a violent element.

Hope your birthday finds you feeling well & and is somewhat "uneventful" regarding the topic at hand. as always I enjoy checking out your blog. take care~