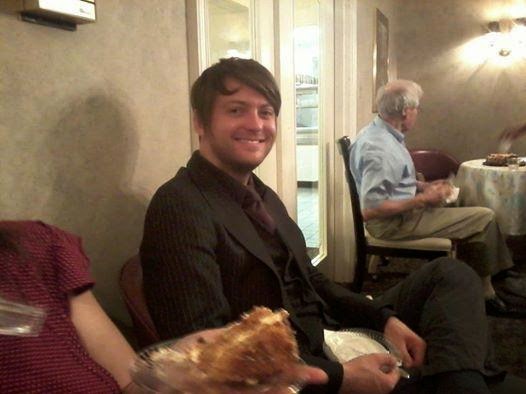 Photographs of John Christopher "Chris" Wallace, the fire suicide victim of Element 11, have been shared by his family. 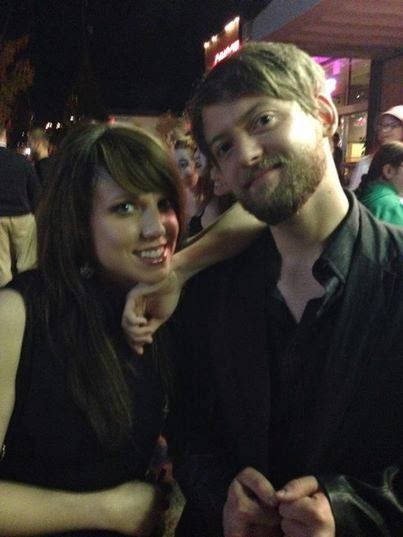 Chris Wallace and his wife. 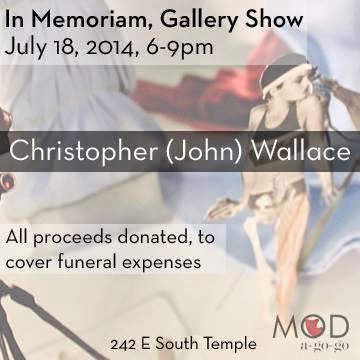 A public fundraiser on Friday, July 18th is being held as a Gallery Show, from 6-8 pm at Mod-A-Go-Go, 242 E South Temple, Salt Lake City, Utah. This is being put on by Chris’ wife’s sister, to assist with post-death expenses. Also a donation fund has been established (here).
I earlier detailed the July 12, 2014 fire suicide of Wallace, which took place at the Burning Man-sanctioned event, Element 11 in Utah. Please refer to that posting for details and other images.

Details are still slowly emerging about other suicides that may have occurred at other Burning Man-aligned events.

The Burners' site mentions that,


This brings to mind two other very public Burner suicides, the body of Jermaine Barley that was found hanging (possibly for hours) at queer camp Comfort and Joy in 2007, and arsonist convicted felon/protestor Paul Addis jumping in front of a train in San Francisco in 2012....

In 2001, someone did deliberately run into a fire in Deep Playa, and died later of his burns in the Reno hospital. In 2005, Anthony Beninati from Los Angeles accidentally fell in the fire, and then sued BMOrg. He lost his appeal.

Elsewhere at reddit, it was noted that a few years ago someone died by suicide by running into the burning temple at Transformus, the North Carolina burn. But details are lacking. 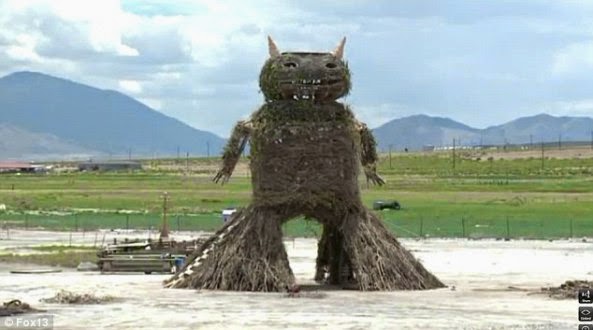 Sparky, the Element 11 effigy, based on
Where The Wild Things Are by Maurice Sendak.
Photo: Fox13 News, Salt Lake City
Posted by Loren Coleman at 9:11 AM

So I followed up on your Trident theory and wow, was I blown away. Feel free to fact check or add on if you like.

"During an event known as "Element 11", that is similar, but the precursor to Burning Man, a man killed himself by jumping into a giant, three-story-tall effigy that had been burning for half an hour on, 7/12/2014." -http://copycateffect.blogspot.com/2014/07/Element-11.html

This man named Christopher John Wallace died as a result of walking into a giant effigy 3-stories tall, built after a character of Maurice Sendak’s "Where the Wild Things Are". Some say Sendak’s children’s movie seemed to represent Hell and it’s monsters.

“The 11th element of the periodic table is sodium, the “6th most abundant element on Earth. Sodium is a chemical element with the symbol Na (from Latin: natrium) and atomic number 11. It is a soft, silver-white, highly reactive metal and is a member of the alkali metals; its only stable isotope is 23Na.” –Wikipedia.

#1. Element 11- 6th most abundant
#2. Element 11 is sodium (also known colloquially as “salt”). Salt circles, are also known as “magic circles”. “Traditionally, circles were believed by ritual magicians to form a protective barrier between themselves and what they summoned.[1] In modern times, practitioners generally cast magic circles to contain and concentrate the energy they believe to raise during a ritual”. –Wikipedia. In other words, salt is directly connected to 666, demonic, and spiritual summoning.

-Christopher Wallace had “a public fundraiser on Friday, July 18th being held as a Gallery Show, from 6-8(6+8=14 or 7/7/) pm at Mod-A-Go-Go, 242 E South Temple, SALT Lake City, Utah. This is being put on by Chris’ wife’s sister, to assist with post-death expenses. Also a donation fund has been established”. -http://copycateffect.blogspot.com/2014_07_01_archive.html
-Note the SALT reference again.
-By googling “south temple 666” I was able to find this webpage. It is the 17th chapter of the article on this site (I did not have to go to Ch.17).
-"Solomon, whom David fathered by adultery, built Jerusalem with the help of demons which gave him power. When construction was complete, he kept the demons in the temple”. http://www.jesusbelievesinevolution.com/english_17.html
-South is notoriously known as the direction of hell.