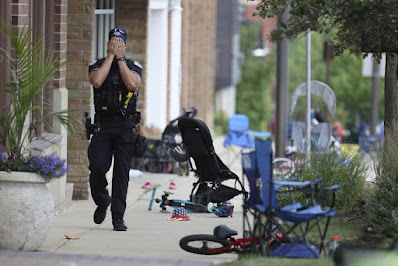 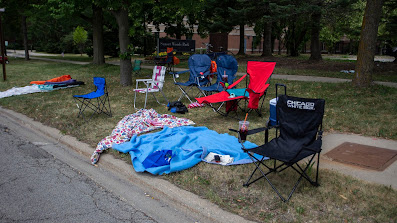 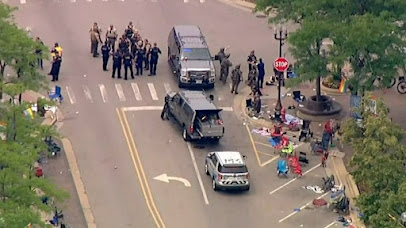 In the US, we began hearing the reports of a mass shooting in a gay bar around 7 pm, on the night of June 24, 2022. Two people were dead and several wounded. (It was predictable.) 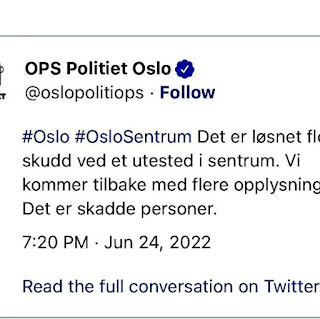 The shooting took place at locations associated with Oslo Pride, the local LGBT pride event hosted by the Oslo branch of the Norwegian Organisation for Sexual and Gender Diversity, the night before the planned Pride parade in Oslo. The first shooting occurred at London Pub, a popular gay bar and nightclub. A journalist from the Norwegian public broadcaster NRK, stated he witnessed a man arrive with a bag, who then picked up a weapon and started shooting. The journalist thought it was an air gun at first, until the bar next door had glass shatter. According to one witness, the perpetrator shouted "Allahu Akbar" as he started shooting. He was identified as 42-year-old Norwegian Iranian Zaniar Matapour.

The perpetrator then moved to two more nearby locations, including Per på hjørnet, a bar popular among the adult LGBT community, and a takeaway. Police were called at 01:15 local time, and arrived minutes later. The suspect was detained five minutes after the attacks. 80 to 100 people hid in the pub's basement during the attack, and wounded people were lying both inside and outside the bar with the police describing the scene as "chaotic".

Two people were killed and twenty-one more were injured, ten of whom were critically injured while the other eleven were slightly injured. The deceased victims were 60-year old Kaare Hesvik, a gay man celebrating pride, and 54-year old Jon Isachsen, both residing in Bærum.

July 3, 2022: Copenhagen, Denmark mall shooting: On 3 July 2022, a man opened fire at the Field's shopping mall in Copenhagen, Denmark, killing three people and critically wounding three others. The mass shooting is the first in Denmark since the 2015 Copenhagen shootings.


The shooting took place at the Field's shopping mall located in Ørestad, a developing city area on Amager in Copenhagen. A man carrying a hunting rifle entered the mall sometime before 5:30 p.m. A photo showed him wearing knee-length shorts and a vest or sleeveless shirt. Police received the first shooting reports at 5:37 p.m. and arrested a man 11 minutes later. A witness said the shooter seemed violent and angry, running and shouting. During the attack, a number of people attempted to shelter in a KFC restaurant in the Field's Centre.


Highland Park has several landmark structures listed in the National Register of Historic Places, notably the Willits House by Frank Lloyd Wright. In addition to several houses designed by Wright, the National Register lists homes designed by prominent architects including John S. Van Bergen, Howard Van Doren Shaw, Robert E. Seyfarth, and David Adler. Landscape architect Jens Jensen lived in Highland Park and designed a number of projects in the community that are listed on the register.
Highland Park, Illinois is known as the original home of Fate Magazine. 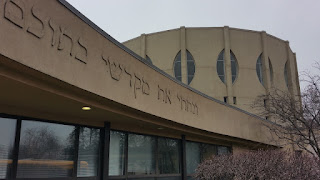 "About a third of the 30,000 residents in the suburb along Lake Michigan about 25 miles north of Chicago are Jewish, according to some estimates, and they include many Israelis. There are synagogues from multiple denominations, and substantial Jewish populations in many of the neighboring suburbs," notes The Cleveland Jewish News.
The suspect has been identified as 22-year-old Robert "Bobby" E. Crimo. 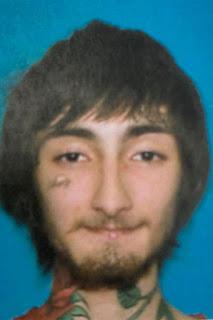 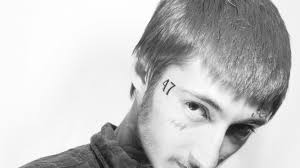 Below is Crimo photographed at a Trump rally in 2021. 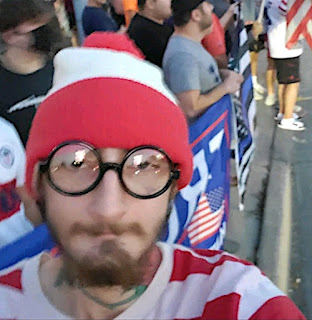 Posted by Loren Coleman at 4:50 PM