Has the recent wave of Joker copycats demonstrated the contagion effect beyond any doubt?

Needless to say, with the growing insights from a wider spectrum of researchers, I have to credit several of you out there with "eyes wide open," who are making the evidence more clearly seen.

There are several folks' optic nerves firing on the Joker news of which we now find ourselves in the midst, helping gathering the data. Nevertheless, I am always careful of what I call the "reflective factor" in our investigations.

These events happen in waves, appearing to occur several times a year, in various guises. It's just that there are rare moments when we all join forces, watch them, catch them, and record them.

But that said, yes, something very strange appears to be happening now. For this last one week period, regarding this Heath Ledger "celebrity"/ The Joker-The Dark Knight "film referencing" copycat wave, it is rather noteworthy.

Of course, in terms of copycat events, when I began mapping out the patterns displayed in workplace violence cases, murder-suicides, and school shootings in my book, they were in patterns, beyond randomness.

In recent memory, for example, the flash-point of the Bailey, Colorado to Amish school hostage-killings in the fall of 2006, then the twinning mirror in the bubble burst of the spring of 2007, with the exclamation point of Cho at VA Tech, is worth recalling.

At some level, this new "Joker" week might have been foreshadowed by the horrific beheading at VA Tech (thus giving it the near-perfect harmonic re-tuning and reawakening from April 2007).

In and of itself, the twilight language does seem to be speaking to us all.

If there are enough "watchmen" to watch this, then perhaps it will be seen. After all, you don't need a copycat author to tell you from which way the next wave of violence is coming, now do you?

While keeping your eyes open, one resource worthy of further reading more deeply, while researching the Joker's kin, is "The Jester's Mask."

Examples of some material there include lists of names, historical items, popular cultural mentions from film, television, comics, music, and games.

The images are quite good. 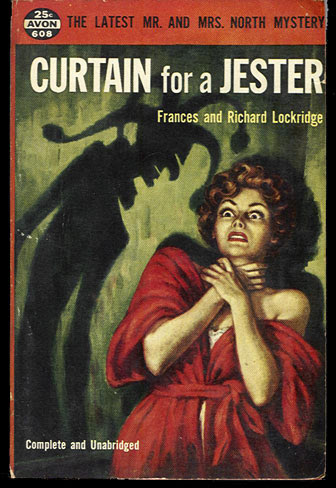 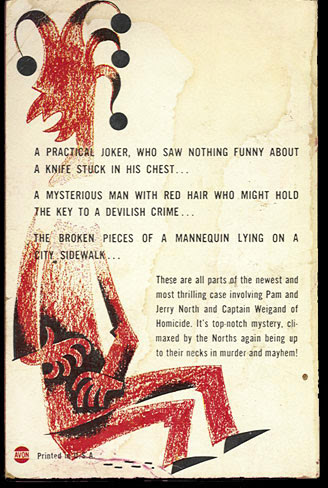 The front and back covers of the paperback edition of the murder mystery Curtain for a Jester by Frances and Richard Lockridge (Philadelphia/New York: J. B. Lippincott, 1953). 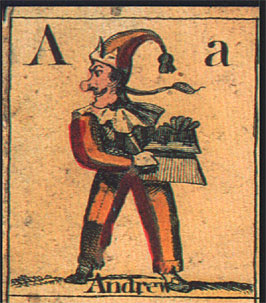 From A Fancy Battledore, 1806, in the Opie Collection of Children's Literature: "Andrew" was taken from "Merrie-Andrew" and means clown.


The page on names is enlightening. For example, for America, this is given about "Tramp":

Origins of the Tramp Character

James McIntyre ( - Aug. 18, 1937) and Tom Heath ( - Aug. 19, 1938) created the tramp clown characterization in 1874. They portrayed African Americans made homeless by the Civil War. They based their characters on blackface minstrel clowns which is the origin of the white mouth used by tramp clowns. They studied African American culture attempting to accurately portray it. McIntyre is credited with introducing an African American dance called the Buck and Wing to the American stage. The dance later became known as tap dancing.

Today, of course, "tramps" and "hobos" are called the "homeless," often, and reports of crimes against the homeless is what is heard more these days than accounts of violence by "hobos." Unless, of course, the "hobos" is a cover for "assassins" arrested near Dealey Plaza, but then, that's an entirely different story, altogether.
Posted by Loren Coleman at 9:49 AM

Check this site out. It has some good info on clows and the archetypal trickster. Even a reference to a psycho-clown killer film from 1950 called The Fat Man. Also I believe the character of clowns is infectious. As this site points out, Emmet Kelly, the original Weary Willie, became obsessed with the clown character he created. His son did the same thing. Both ended up divorced. Enter Heath Ledger, dies after he recreates the Joker.