President's Day seems to be a good moment to talk about presidential dogs this year, as the topic is of some importance to the media mindset of late. President Obama's interest in obtaining a new White House dog for his children has created a widespread positive copycat effect, a meme of interest. Did you know Lafayette would turn up in this history too? 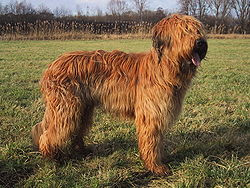 The first dogs were a direct result of gifts from the individual who seems to be there in much of the "name game" found in lexilinking mentioned as recently as yesterday here, the Marquis de Lafayette.

The Revolutionary War was fought from 1775 to 1783, and George Washington served as the first President of the United States of America, from 1789 to 1797. Washington got a shipment of foxhounds from England in 1770 and then in 1785, Washington received from Lafayette a shipment of French foxhounds.

Washington had an intense interest in breeding a fierce breed of American dog, and thus, Marquis de Lafayette, Washington’s French friend and ally during the Revolutionary War, sent him seven massive hounds. The French hounds were reportedly so fierce Washington assigned a servant to monitor their meals because they tore each other apart fighting over their food.

Washington's groups of dogs were bred to produce the American foxhound breed. He had over thirty dogs. One was named Vulcan.

One of Washington’s hounds, Vulcan, black and so big a young boy could ride him like a pony, had powerful jaws and an insatiable appetite. It seems he had a taste for Virginia hams. A story is told of Vulcan sneaking into the Washington’s Mount Vernon kitchen, snatching a succulent ham, and running “straight to the kennels with it locked in his great jaws.” Mistress Martha was miffed, but the event delighted Master George.

It is commonly held belief that the Marquis de Lafayette also gifted George Washington with a French basset hound, bringing the basset for the first time to America, but no historical evidence is available to support that claim.Source 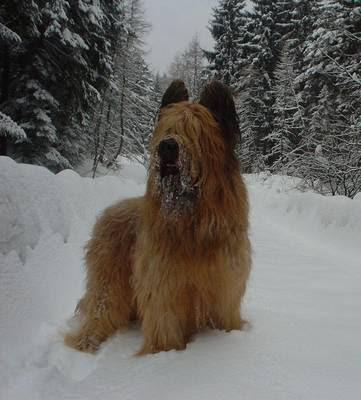 Then, along came President Jefferson Thomas, from 1801 through 1809. When Jefferson was earlier the minister to France, he became an admirer of the breed called briard, and his pet “Buzzy” caused Jefferson to have several puppies.

The briard is a very old breed of French working dog. Depicted in 8th-century tapestries and mentioned in records of the 12th century; the breed is accurately described in the 14th and 16th centuries. In early times, Briards were used to defend their charges against wolves and poachers, but the dividing up of the land and the increase in population which followed the French Revolution gradually transformed their work into the more peaceful tasks of herding the flocks, keeping the sheep within the unfenced boundaries of the pastures, and guarding their masters' property, according to the American Kennel Club. 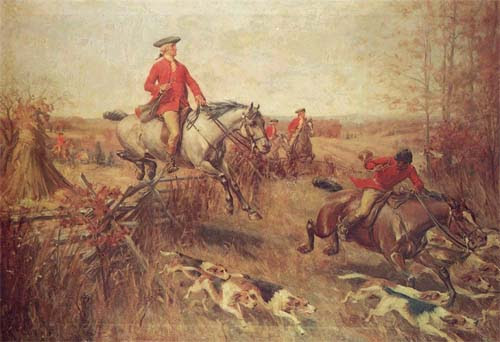 George Washington fox hunting in Virginia, shown with some of his famously American-bred foxhounds.

Also, there's the matter of the "Super Mules":

Shortly after America's independency, President George Washington imported the first mammoth jack (a male donkey) stock into the country. Because the existing Jack donkeys in the New World at the time lacked the size and strength he sought to produce quality work mules, he imported donkeys from Spain and France, some standing over 1.63 m tall.

One of the donkeys Washington received from the Marquis de Lafayette, named "Knight of Malta," stood 1.43 m and thus was regarded as a great disappointment. Viewing this donkey as unfit for producing mules, Washington instead bred Knight of Malta to his jennys and, in doing so, created an American line of Mammoth Jacks (a breed name that includes both males and females). 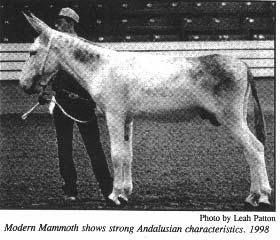 Posted by Loren Coleman at 1:32 PM