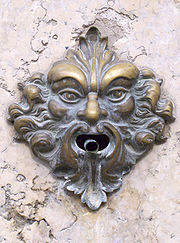 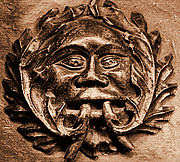 Let’s look for a moment at the tradition underlying the Green Giant, as it was originally known.

In 1903, Green Giant® was founded in Le Sueur, Minnesota, as the Minnesota Valley Canning Company. In 1925, a boy-like, pale, giant human figure with a leafy bit of clothing was introduced to market the company’s new line of giant sweet, early green peas. The name “Green Giant” for this marketing image soon followed, with the giant figure’s skin then turning green.

Eventually the Green Giant came to symbolize not only the peas, but the company as well. In 1950, Minnesota Valley Canning Company disappeared completely behind the trademark it had created and became officially, the Green Giant Company. Today, the “Jolly Green Giant”® is the name of the giant figure, having evolved from the youthful figure of 1925.

In our search for the origins of the California Giant in the tales of the California Bigfoot, should we be disturbed that Jolly Green Giants are not running around Minnesota? Perhaps. Perhaps not. First and foremost, the tradition of the Green Giant appears to have a direct link, in terms of artistic imagery, with the folklore and widespread art of the European Green Man.

From ancient times, the archetypal figure shown as the “Green Giant” is commonly referred to as “The Green Man,” or leafy man, and has been discussed throughout European texts, especially in England, and as well as, in France, where it is called Le Feuillou, and in Germany, where it is known as Blattqesicht. Authors have written extensively on the pagan and Celtic traditions of these Green Men, and books and websites about them are abundant.

Scholars, furthermore, see a direct link between the European traditions of the Green Man, and the old tales and encounters with real Wild Men. "The wildman (who may be the same as the 'green man'),” Myra Shackley notes in her book, Wildmen: Yeti, Sasquatch and the Neanderthal Enigma, “also takes on the role of the spirit of the woods, a kind of pagan nature god...Over 200 European families have wildmen as heraldic emblems, and many more as supporters. Any nude figure in heraldry is called a 'savage', 'wildman' or 'woodman', and the terms are interchangeable. There is little variation in the way they are portrayed, leafy decorations and a club being the rule....Wildmen (or green men) also appear carved in wood and as architectural adornments in the Middle Ages...Green men are frequently shown as a face with foliage emerging from the mouth, and fifty or more of these are known from England alone. The green man is also found carved in stone, as a gargoyle…In the Elizabethan period wildmen, or green men, were often employed to clear the way for processions, wielding sticks."

Clearly the Green Man comes from the tradition and evolution of the art form of the burly wildmen, the woodsmen, and thus the man of the woods and greenery. Shackley notes: "Wildmen are important figures in medieval paintings and illuminated manuscripts. They may be called 'wodewoses' or 'woodhouses', and are frequently shown covered with long hair or fur. An additional class of picture shows actors in plays, masques and dramas who are depicted in wildman costumes...The name 'wodewose' is derived from the Anglo-Saxon Wudewasa and thence from Wudu (late Old English for wood); Wudewasa seems to mean 'man-of-the-wood'.…"

The “wildmen” are an active topic in hominology, and some researchers feel the Wildmen and Green Men are a remembrance of Neandertal. As Shackley, Ivan T. Sanderson, and others have noted, we must view the interrelationship between the hairy wildfolk lurking in the remote woodlands of the Middle Ages and the European wildmen, regardless of whether they were called wodewose or green men.

So the graphic transmutation of the survival of late Neandertals in Europe to Wild Men and Green Men, with an artistic connection to the Green Giant and Jolly Green Giant, is worth serious consideration. There appears to be a link between that label on a can of peas in your kitchen and the possible existence of relict hairy hominids, even if uncomfortably so.

Just as the encounters of European wildmen survive in medieval carvings and other graphic representations, so too is the evidence of early-twentieth-century California Bigfoot evident in an artistic form. Depression-era painters appear to have captured the giant hairy hominid on at least one fruit crate label. The containers for lettuce, carrots, and, yes, green peas may have much to teach us in Bigfoot studies, beyond our wildest imaginations.

by Loren Coleman, from Bigfoot! The True Story of Apes in America (NY: Paraview Pocket - Simon and Schuster, 2003, pages 56-58)

Photo credit for all images above: Wikipedia.

Your support is needed to continue my research and support the exhibitions I share with researchers, media, and the public. Please donate via PayPal by pushing the button ~ it appears as a long flat "Donate" box ~ below. It takes you to the right spot at PayPal to contribute, even if you are not a member of PayPal. Blogs are free, but I am on the edge of losing everything. I'm not joking. Ten dollars from you means a lot because if everyone gives a little, it gathers the power of numbers. Forestall my foreclosure!! (There is light at the end of the tunnel, when my retirement benefits kick in September 2009.) I need your help now.

Fascinating - I was wondering about the origin of the Jolly Green Giant. He was given a son a while back - Sprout. Perhaps the Incredible Hulk is also linked to the hairy man of the wood, Neanderthal - being a "throwback" to a physically powerful figure with little in the way of intellect.

The Green Man has also been used as a meditation aid. John Matthews put out a "Green Man Oracle" which foretells patterns in the future and helps in meditation.

And of course the female counterpart would be the Batman villainess, Poison Ivy. Her kiss is deadly, however. Contrary to Wordsworth, nature does betray the heart that loves her...

Today's Green Man in the political scene might be Al Gore, although there is always Gorbachev with his "Green Cross International."

As I'd just said to Michael just above & as you so well underscored, there just MIGHT be a parallel 'tween the Green Man (actually a very potent archetypal merging of the vegetative kindgom with the human psyche) and our still-as-yet unapprehended Bigfoot neighbours. A medieval stained glass attesting to this can be viewed in the Bronx's Fort Tryon's The Cloisters collection of stained glass windows, in which one depicts a Wild Man of the Wood, covered in hair, leisurely leaning on a wooden club.

But, wait a minute. The Neanderthal? Little in the way of intellect? I wholeheartedly disagree, don't you, Loren? Seventiesish British researcher Stan Gooch has long thrown out our uninformed view of that mysterious antecedent of modern man. Their graves (!) were always well-appointed, the interred returned to a fetal position, buried with flowers, and one male even with lain to rest with a bone flute in Slovenia, home of the industrial art band, Laibach, definitely worth seeing.

Oh, oh! In keeping with the green theme of this thread, our mysterious Neanderthal flutist has his own web site up. Its name? Greenwych. Another tasty synchronicity in this thread.