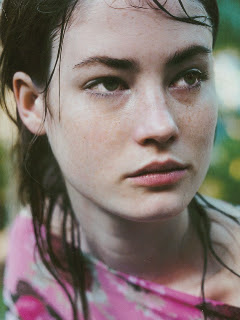 Spider-Man 3 is a 2007 film written and directed by Sam Raimi, with a screenplay by Ivan Raimi and Alvin Sargent. The character Jennifer Dugan, a reporter in the film, was played by Lucy Gordon. 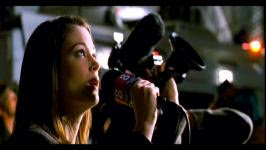 On Wednesday, May 20, 2009, Gordon died by suicide in her Paris apartment, France-Info radio reported on Thursday. She was found in her flat in the city's 10th (district) arrondissement. Gordon lived in a £2,000-a-month two bedroom rented apartment in that bohemian arrondissement of Paris, an up-and-coming area popular with young professionals on the Right Bank of the Seine.

Gordon took her own life, just two days before her 29th birthday. Police said her boyfriend, told them he woke to find her hanging.

He was still being questioned Wednesday night, but the spokesman stressed it was believed Gordon died by suicide.

Neighbors said the boyfriend told them Gordon had been deeply affected by the recent suicide of a friend in Britain. But one neighbor said she had heard "a couple rowing" the night before her body was found, according to the Daily Mail.

Lucy Gordon left two suicide notes before hanging herself in the Paris flat she shared with her cinematographer boyfriend, her father said today.

Gordon detailed her last wishes regarding her estate on one piece of paper and left a letter for her parents on another.

Her father Richard Gordon said a post-mortem examination proved she had died from hanging and that no other marks were found on her body. He spoke today to end speculation that the death might be anything other than suicide.

Lucy Gordon’s boyfriend, revealed today as top cinematographer Jerome Alveras, was asleep in the Paris apartment when the actress hanged herself on Tuesday night.

Her father said: "We speak to him daily and he is also distraught."

Almeras - the cinematographer behind last year's Kristin Scott Thomas hit film I've Loved You So Long - has spent two days since the suicide being questioned by police about his 28-year-old lover’s apparent suicide.

Almeras, a Frenchman in his 40s, rushed out of the two-bedroom rented flat and alerted a nearby shopkeeper, but it was too late to save Gordon.

An experienced camera operator, Mr Almeras has worked on numerous films, including Cineman, in which Miss Gordon had a role.

The film, a comedy, is currently in post-production. It was not clear if the couple had met on the set or if they knew one another previously.

Since Gordon's debut in the 2001 movie Perfume, Gordon appeared in about a dozen films, including French director Cedric Klapisch's The Russian Dolls, American filmmaker John Krasinski's Brief Interviews with Hideous Men, as well as Spider-Man 3. Other films she did include Frost, The Four Feathers*, and Serendipity.

Birkin was first married, from 1965 until 1968, to John Barry, an English composer who wrote the musical score to the James Bond movies. Their daughter, the photographer Kate Barry, was born in 1967. In 1982, Birkin gave birth to her third daughter, Lou Doillon, from her relationship with the director Jacques Doillon.

"The film 'Gainsbourg (a heroic life)' owes a lot to Lucy Gordon's generosity, kindness and the immense talent," Sfar and the film's producers Marc du Pontavice and Didier Lupfer said in a press release sent out late Wednesday night in France. The film will hit Gallic theaters next year. 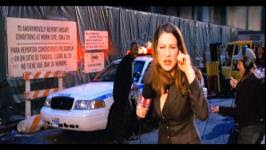 [Watching Spider-Man getting hammered by the giant Sandman...]
Jennifer Dugan: It's hard to believe what's happening. The brutality of it. I-- I don't know how he can take anymore.
Anchorman: This could be a tragic day for the people of New York. It could be the end of Spider-Man. 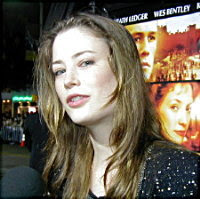 Lucy Gordon is shown at the premiere of The Four Feathers with the poster visible behind her with images of Heath Ledger and Kate Hudson. 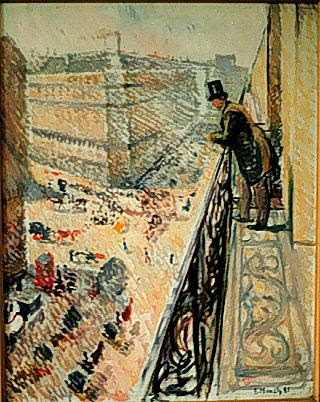 Thanks for linkages from Todd Campbell and Theo Paijmans, as per the comments.

Also, please see Pseudoccultmedia's Lucy Gordon posting. Notes about the age being the same for Gordon & Ledger, Birkin's father being an intelligence officer, butterfly & other imagery and much more are detailed.

So sad. My condolences to her family.

What a tragic way to go.

Symbolist artist Edvard Munch's 1891 oil painting 'Rue Lafayette' is interpreted by one art critic as follows: "...one can find in this early work a reflection of the loss of individuality that is symptomatic of life in the metropolis..." Two years later Munch's most famous painting 'Scream' saw the light of day.

The spider man comics are the basis for the movie series .