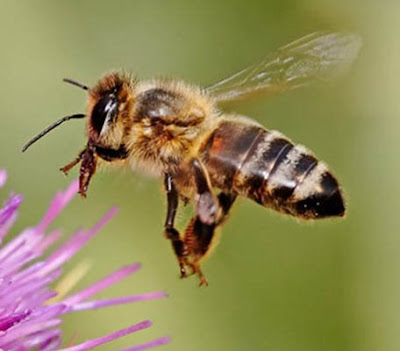 Law enforcement personnel are searching for an unkempt gunman who asked about honeybees before shooting three men, one of them fatally, in rural areas of Illinois and Indiana. This is being reported by the Associated Press and other news sources on October 7, 2010.

The (according to the media) random shootings began around 10:30 a.m. Tuesday, October 5, 2010, at a worksite in Illinois and ended about an hour later across the state line on an Indiana farm.

The gunman fatally shot 45-year-old Rolando Alonso and wounded 19-year-old Joshua Garza near Beecher (Will County), Illinois. The men were working at a fire-damaged home. A third worker escaped into a cornfield.

Beecher is situated in the center of Washington Township; Beecher was originally named Washington Center. The town of Beecher was named after Henry Ward Beecher (June 24, 1813 – March 8, 1887). Henry was the seventh of 13 siblings, some of whom were famous in their own right: Harriet Beecher Stowe who wrote Uncle Tom's Cabin; noted educator Catharine Beecher; activists Charles Beecher and Isabella Beecher Hooker. In addition Henry was the uncle of Edgar Beecher Bronson. Henry was famous as an advocate of Women's suffrage, temperance and Darwin's theory of evolution, as well as a foe of slavery and bigotry of all kinds (religious, racial and social).

Police believe the same man showed up 15 miles southeast, in Indiana, after the Illinois incident and shot a 64-year-old farmer. The honeybee shooter wounded farmer Keith Dahl near Lowell (Lake County), Indiana. The suspect, described as heavyset, unkempt and mentally unbalanced, is thought to be driving a 1990s Chevrolet pickup with a loud muffler.

Will County Sheriff's Department spokesman Pat Barry said the man tried to talk to all three victims about bees.
Posted by Loren Coleman at 11:08 AM

This is quite the buzz kill.

Perhaps he should have consulted the NY Times, wherein it is revealed that the Bee Mystery has finally been solved by a scientific/military task force.

Some of the more interesting associate researchers include the US Army Edgewood Chemical Biological Center at Aberdeen Proving Ground, Science Applications International Corporation, and the Science Technology Corporation.