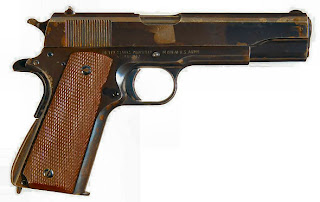 Is there a .45 Caliber politically-motivated, anti-Jewish, anti-African
killer loose in France?
Toulouse is one of the bases of the European aerospace industry, with the headquarters of Airbus, Galileo positioning system, the SPOT satellite system, and CNES's Toulouse Space Centre (CST), the largest space centre in Europe. Thales Alenia Space, and Astrium Satellites, EADS's satellite system subsidiary, also have a significant presence in Toulouse. Its world renowned university is one of the oldest in Europe (founded in 1229) and, with more than 97,000 students, is with Lille the third-largest university campus of France after Paris and Lyon.

Montauban is a commune in the Tarn-et-Garonne department in the Midi-Pyrénées region in southern France. It is the capital of the department and lies 50 kilometres (31 mi) north of Toulouse. The town, built mainly of a reddish brick, stands on the right bank of the Tarn River at its confluence with the Tescou.

A gunman opened fire in front of a Jewish school Monday (March 19, 2012) morning in Toulouse, southern France, killing five people and injuring another four. Around 8 a.m. on Monday (March 19th) morning, a man approached parents and students gathered in front of the Ozar Hatorah ("Ozar" means "prize" by itself and in "Ozar Hatorah" means "Treasure of the Torah") Jewish school in the residential area of Roseraie in the city of Toulouse, and opened fire at the group using two guns. After reportedly chasing some students, the killer fled on motorcycle (reportedly a Yamaha TMAX). A 30-year-old father and his two children were killed, as well as another student aged 8-10 years old. A 17-year-old student was seriously injured, and survived, at last word. 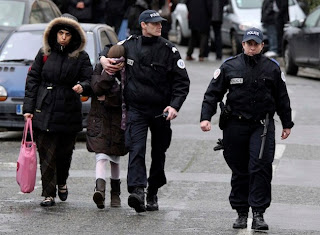 The scene in Toulouse.
Authorities say that just after 8 a.m., a gunman riding a motorcycle and wielding two weapons opened fire at close range on a group of adults and children in front of the Ozar Hatorah school on a narrow residential street in Toulouse.


"He shot at everything there was in front of him, children and adults, and some children were followed inside the school," Toulouse’s public prosecutor Michel Valet told reporters on the scene.


Ozar Hatorah is a middle and high school, but younger children attending an elementary school nearby use the sidewalk outside as a meeting point. Some reports have given the adult victim’s name as Jonathan Sandler, 30, a Paris-born teacher who arrived from Jerusalem in September for a two-year teaching stint. 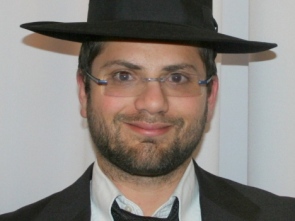 Rabbi Jonathan Sandler, 30, was killed on March 19, 2012
in the Toulouse shooting, France.
Two of the dead children are Sandler’s sons, ages 6 and 3. The third child killed is the young daughter, believed to be 8 or 10 years old, of the school’s principal. A teenager, 17, seriously hurt, was undergoing surgery Monday afternoon in a Toulouse hospital. The attacker fled on his two-wheeler. French authorities are bolstering security across the country at religious establishments, particularly Jewish schools, as a manhunt involving a reported 150 investigators continues.


The Wall Street Journal on March 20, 2012, gave this new piece of information: "French Interior Minister Claude Guéant, who is helping coordinate a manhunt for the killer from Toulouse, said both a witness and closed-circuit television footage captured near the school have helped establish that the shooter had a camera strapped on his body. 'The killer had a camera tied to his chest that would allow him to film and view the footage on a computer,' said Mr. Guéant Tuesday. 'This adds to the psychological profile we established for the killer.'" (Other news reports mentions the camera's lense was visible on his neck.)
Monday’s attack comes after two other separate shootings last week in Toulouse and in nearby Montauban, when a man on a motorbike killed three French paratroopers and gravely injured a fourth one (who were all black males), prompting French authorities to set up a hunt for the killer during the weekend and French prosecutors in charge of terrorism investigations to open inquiries into the cases. 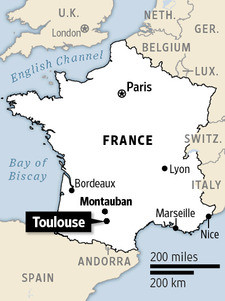 The March 19th shooting has been linked to two separate similar attacks last week in Toulouse and neighboring Montauban that saw three French paratroopers killed in cold blood in broad daylight—also by a gunman on a motorbike. Early reports suggest that the same .45-caliber weapon was used in all three attacks. Two soldiers have been killed and a third wounded by a gunman on a scooter who opened fire near a military base at Montauban in southern France. At the time, a potential link between the Thursday (March 15th) shootings and the gunning down of another soldier in Toulouse on Sunday (March 11th) was considered "a possibility, not a certainty." 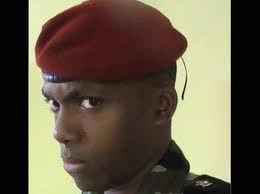 Chief Sergeant Imad Ibn Ziahen, 30, of the 1st Parachute Regiment, was shot and killed in a residential district in Toulouse on March 11. Four days later Corporal Abel Chenoulf, 24, and Corporal Loic Lieber, 28, of the 17th Parachute Regiment, were shot and killed as they withdraw money from a cash dispenser opposite their barracks in nearby Montauban. Private Mohamed Legouad, 26, was seriously injured in the shooting.

Sergeant Ibn Ziahen and Corporal Chenoulf were of North African origin, as is Private Legouad. Corporal Lieber was black.

While there are similarities among the three incidents, French president Nicholas Sarkozy said investigators will still determine if there is a common link among the shootings. Sarkozy interrupted his electoral campaign to go to Toulouse, as did his main opponent, Socialist François Hollande. 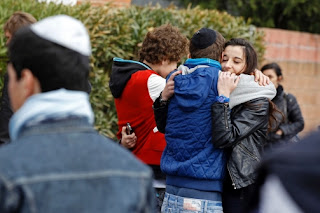 The killer acts with impunity - chasing down his victims, shooting them repeatedly, and somehow avoiding being caught.

I am reminded of the Norway massacre, where, likewise, the killer went about killing, as free as a bird.

Brevik, in Norway, claimed to be a "Templar." This ought to be taken seriously. These killings in the south-west of France are right in Templar country - those areas are full of Templar sites and folklore.