The first annual Assassination Symposium on John F. Kennedy (known as the A.S.K. or ASK conference) was held in Dallas in November 1991.


I began examining President Abraham Lincoln's assassination in the late 1950s. Then in the 1960s, I was impacted by JFK's death and read intensively about it.  Much later in my career, as a university fulltime researcher, due to my projects on suicidal psychology in the mid-1980s through early 1990s, I began, concurrently to my university work, to research and write about the alleged "suicides" and mystery deaths of JFK assassination eyewitnesses. 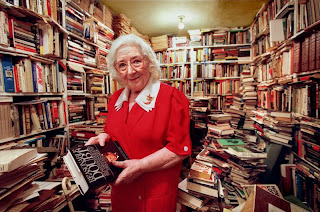 Being a friend and correspondent of Mary Elizabeth McHughes Ferrell, who first wrote to me because of my Fortean articles, I was invited to speak on one of the panels ("Strange & Convienient Deaths") at the second A.S.K. conference, and a later one. I met lots of individuals important to JFK assassination research at the 1992 conference. I was able to join researchers/authors similar to myself, like Jim Marrs, there for the first time. (Later, years later, I would talk to Jim again at an entirely different kind of conference in Nevada.) 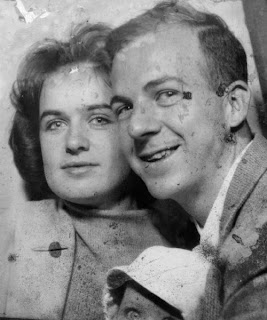 Marina and Lee Harvey Oswald, with their daughter, October 1963.

I found the 1992 gathering to be a remarkable experience. For a JFK assassination researcher, I appreciated that Mary Ferrell personally introduced me to Marina Oswald-Porter and Jim Leavelle. I was able to have individual, personal chats with them. Nothing deep and insightful was discussed, but it is always good to meet people outside the glare of the media focus. Oswald-Porter, Leavelle, and others whom I got to know there, separately and quite differently, of course, appeared to be similar, seemingly ordinary people whose "moment in history" had forever thrust them into an entirely changed life. 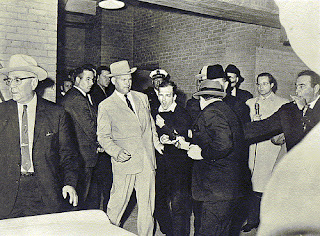 Dallas Police Department Homicide Detective Jim Leavelle (in light hat and light suit) is handcuffed to Lee Harvey Oswald, as Jack Ruby shoots Oswald, November 24, 1963.
I want to recapture, for my records, the names of as many people whom I was able to meet at that conference - an incredible list to look at, 20 years later. (I found the following overview written by Kathy Cunningham.) Therefore, wishing to share it with the readers of this blog, here is a flashback to that significant gathering's agenda and speakers:

I was at this, Loren. Did we meet then?

Does anyone have any video copies of this conference? If so, email me at getback96@gmail.com. Thanks!