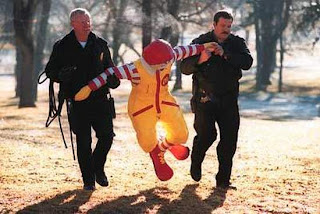 Idaho is the latest location of a "Phantom Clown" sighting.

Idaho Falls police said they received a report of three suspicious males, one wearing a clown mask, driving in a red SUV, offering candy to two 8-year-old boys.
The boys were approached on Moonlite Drive and Morningstar Lane.
The boys did not respond to the trio, but went home immediately and reported Monday's incident to a parent.
Giovi Castillo, also 8, said one of the boys is his best friend. After he heard about the incident, Giovi has been having trouble sleeping.
"I was afraid that he might maybe, maybe steal someone around the neighborhood or something," said Giovi. "I don't know. I'm kind of just a little scared, maybe. ... I'm not going down Moonlite anymore because it's a little busier street than these ones over here."
But for Giovi, the fear remains. His father, Vani, said it makes him nervous, too.
Paul Murray of the IFPD said that when the sun comes out and stays out, kids are out more often, and caught in "stranger danger."
"It's important that they know when they're out in the neighborhoods that they're aware of who exactly their parents would allow them to take rides from," said Murray.
Police know little about the SUV and its occupants. If you have any information, call Public Safety at (208) 529-1200.
Officers said the boys acted appropriately, and Giovi said he knows what to do if he finds himself in that situation.
"Not to talk to them and not to take rides from them," he said. "I would have done the same thing as my friends, just run."

The rest of the source article has a list of things to do if you encounter a clown kidnapper. 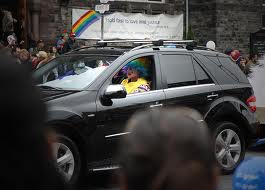 Thanks for the newstip from Robert Schneck.
Posted by Loren Coleman at 9:04 AM

Ummm, the clown in the red SUV was an ICP "follower".

how is this a "phantom" incident? 3 pedophiles in a car with candy and a clown mask do not make for twilight language.
what's weird about it is that they thought a clown mask would attract children, as almost no one likes clowns.

Regarding the above comment, you are apparently missing the history behind these sightings. From the 1980s onward, several incidents have occurred where "clowns" have "attempted" to kidnap children.

They are "phantom" cases because,
(1) no children apparently were ever taken;
(2) multiple incidents occurred at various locations from state to state within days of each other; and (3) no "clowns" or any suspects were ever arrested, charged, or identified.

If you will pardon a plug, here's a link for an essay of mine on "phantom clowns", which are also the subject of one of my novels:
http://exotroopers.wordpress.com/2013/02/04/the-phantom-clowns-kin-part-2/