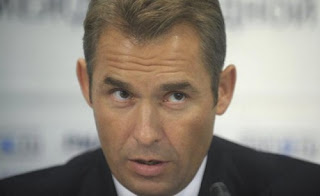 Pavel Astakhov, the Russian Children Rights Commissioner, said the government must immediately act to prevent and contain the alarming rash of teenage suicides in the country.


Could, perchance, the awareness that I was hoping for in 1987 with Suicide Clusters and in 2004 with The Copycat Effect is finally sinking into the editorial rooms of the global media? 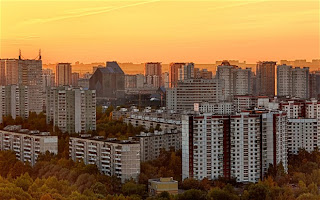 There have been at least seven cases of teenagers killing themselves by jumping from buildings in Moscow and its environs in the last six weeks alone.


Russia has been hit with a wave of copycat teenage suicides so pronounced that President Dmitri A. Medvedev felt compelled on Thursday to warn news media outlets against making too much of the deaths, for fear of attracting more imitators.
“It is indeed very alarming and serious, but it does not mean that it is a snowball that will become bigger and bigger every year,” Mr. Medvedev said. “This must be treated extremely gently.”
The spike in teenage suicides began in February, when two 14-year-old girls jumped hand in hand from the 16th-floor roof of an apartment building in suburban Moscow. Afterward, a series of apartment jumps attracted national attention.
Over 24 hours starting on April 9, there were at least six deaths. A girl, 16, jumped from an unfinished hospital in Siberia, while five others hanged themselves: a boy, 15, who died in the city of Perm two days after his mother found him hanging; another 15-year-old, who killed himself on his birthday, in Nizhny Novgorod, a city on the Volga River; teenagers in the northern city of Lomonosov and in Samara; and a 16-year-old murder suspect who used his prison bedsheet to kill himself in Krasnoyarsk.
There have been at least 10 more cases in the past week, including a boy, 11, found hanging under the roof of his house in Krasnodar.

The rest of the New York Times article, "In Russia, Spate of Teenage Suicides Causes Alarm," can be read here.

A version of the above noted article appeared in print on April 20, 2012, on page A4 of the New York edition with the headline: "A Spate of Teenage Suicides Alarms Russians."

One question for the New York Times: Where are the telephone numbers and weblinks for local or national suicide prevention hotlines at the end of your copycat suicides article (as per the US federal guidelines)?

It is as easy as this,
National Suicide Prevention Lifeline