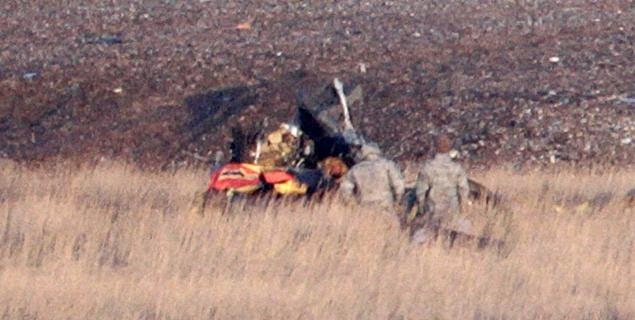 Last weekend, as I reported here, several aircraft mishaps occurred. Now comes news of two more that does not allow us to ignore their synchromystic overlaps.

On Tuesday, January 7, 2014, a US Navy helicopter crashed (pictured above) in Cley Next the Sea, in Norfolk, United Kingdom, during a training mission. The helicopter was identified as a US Air Force HH-60G Pave Hawk, which are modified versions of the more famous Black Hawks. They are combat helicopters used for search-and-rescue missions. To train, the pilots fly low and fast, usually just hundreds of feet from the ground. 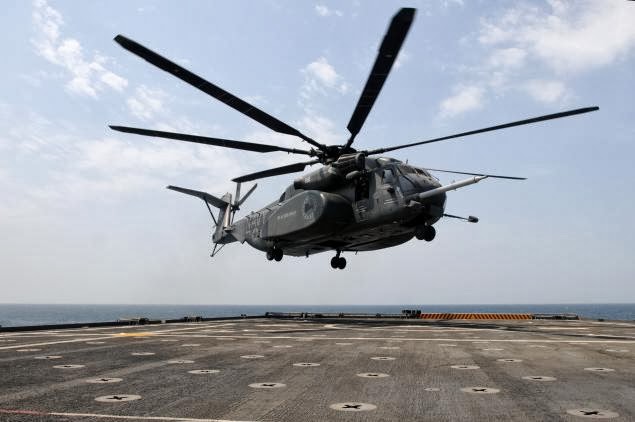 Then on Wednesday, January 8, the U.S. Navy confirmed the crash of another helicopter (like the one above), that went down 18 nautical miles (33km) east of Norfolk, Virginia. The cause of the crash is not yet known.

In that crash, two people died after their MH-53E Sea Dragon went down. Two other crew remain hospitalized. On Thursday, the Coast Guard called off the search to find the missing fifth crew member.

The downed helicopter was assigned to Helicopter Mine Countermeasures Squadron 14 (HM-14), the commander of Naval Air Force Atlantic said in a statement.

Norfolk, Virginia, is an important hub for the US military, and is home to Naval Station Norfolk, the largest naval complex in the world.

Speaking of the Norfolk, Virginia crash, the BBC News noted, "In a bizarre coincidence, the incident came a day after another US military helicopter crashed in the county of Norfolk, England."

The name "Norfolk" derives from terms which meant "the northern people." This name is referenced to the Scandinavian invaders, i.e. Norse-folk; another is that the name literally meant "folk from the north" and was used to differentiate between them and the "folk from the south," as was possibly true in the case of people living in the counties we now know as Norfolk and Suffolk.

Norfolk is first mentioned in Anglo-Saxon wills dating from 1043–5 and later as Norðfolc in the Anglo-Saxon Chronicle (written in 1075) and as Nordfolc in the Domesday Book.

(N.D.: I was born in Norfolk, Virginia, which was one of the reasons I was picked to be a coauthor of Weird Virginia, by the editors of that series.)

Posted by Loren Coleman at 4:20 PM