After a weekend of varied aircraft accidents, human body parts fell from the sky in Saudi Arabia on Sunday, January 5, 2014. 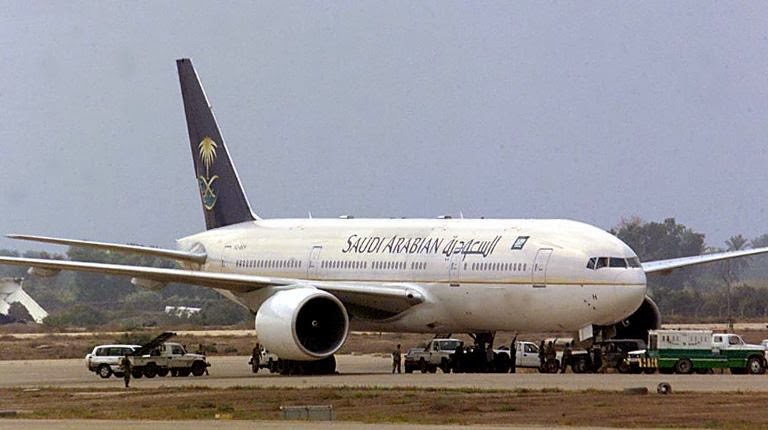 Human body parts fell from the sky in the Saudi city of Jeddah on Sunday, with police saying they could be the remains of someone trapped in an aircraft's undercarriage bay.
"Police received a telephone call at 2:30 am from a witness reporting the fall of human remains at an intersection in Mushrefa neighbourhood" in the Red Sea city, spokesman Nawaf bin Naser al-Bouq said in a statement.
Initial indications were that the remains "fell from a plane's landing gear," said Bouq, adding that investigations were ongoing.
The report came after a Saudi Arabian Airlines jet [file photo above] made an emergency landing in the city of Medina in the west of the kingdom, injuring 29 people on Sunday. Source. 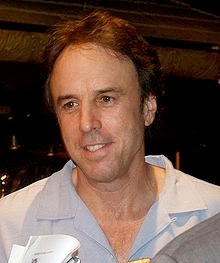 Airplane crashes come in clusters. This appears to be one such weekend.

Who is playing this name game? 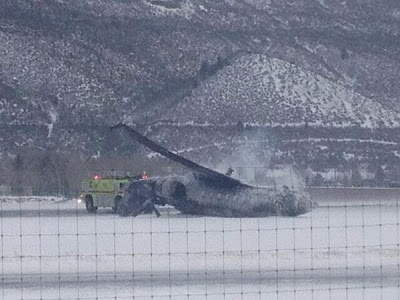 One dead, at least two survivors in a fiery small plane crash at Colorado's Aspen Airport, according to the Sheriff's Office. Actor and comedian Kevin Nealon (pictured) was live-tweeting the Aspen plane crash. (Nealon was born in St. Louis, Missouri, the son of Kathleen M., née Kimball, and Emmett F. Nealon, an aircraft company executive.) 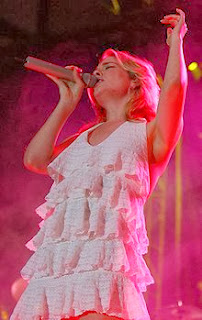 LeAnn Rimes performing a free concert for the airmen at Ramstein Air Base, Germany on September 23, 2004. 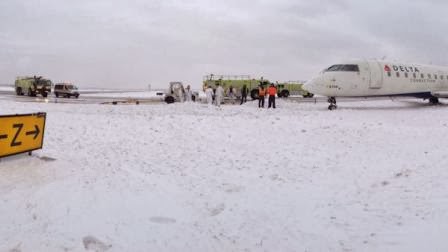 Around 9:30 am, a plane (shown above) skidded off the runway and into the snow Sunday morning at New York's John F. Kennedy Airport.

There were no injuries.

The plane was Delta Connection 4100. The FAA says the plane made a safe landing, but as it was exiting the runway onto a taxiway at about 8 a.m., it slid into a snowbank.

35 people were on board the flight.

Arrivals and departures at JFK were halted at 8:30 due to the icy conditions created by freezing rain.

Flights resumed after 10 a.m. on two of the airport's four runways. 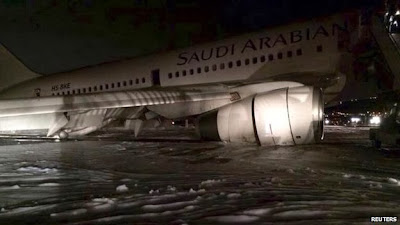 Twenty-nine people injured as Saudi Arabian Airlines Boeing 767 makes emergency landing in Medina, Saudi Arabia. The 767-300ER aircraft was arriving from the Iranian city of Mashhad with 315 people on board. 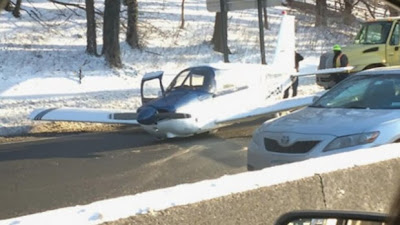 Three injuries were reported in connection with a small plane landing on an Bronx expressway. A small plane landed on the Major Deegan Expressway in the Bronx Saturday afternoon after apparently suffering an engine malfunction, officials said.

The plane, which took off in Danbury, Connecticutt, landed near East 233rd Street. The three people on board had taken a tour of the Statue of Liberty and were heading home. 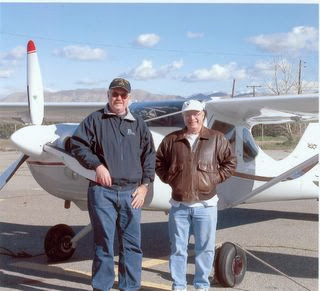 A pilot and a passenger were rescued after a small plane crashed in the ocean near Catalina Island Saturday. The crash occurred around 1:15 p.m. about eight miles northeast of Catalina, near Avalon, California. The plane, a single-engine Texas Sport Cub, experienced engine failure before going into the water.
The plane is registered to David P. Prizio (above, on left, with his plane) of Tustin and was powered by an amateur-built Jabiru 3300 experimental class engine, according to online FAA records. Pilot Dave Prizio and a passenger were both rescued from the water by the recreational vessel, Napper Island and a Catalina Express ferry vessel, the Starship Express, assisted in relaying the mayday call, according to US Coast Guard Los Angeles. 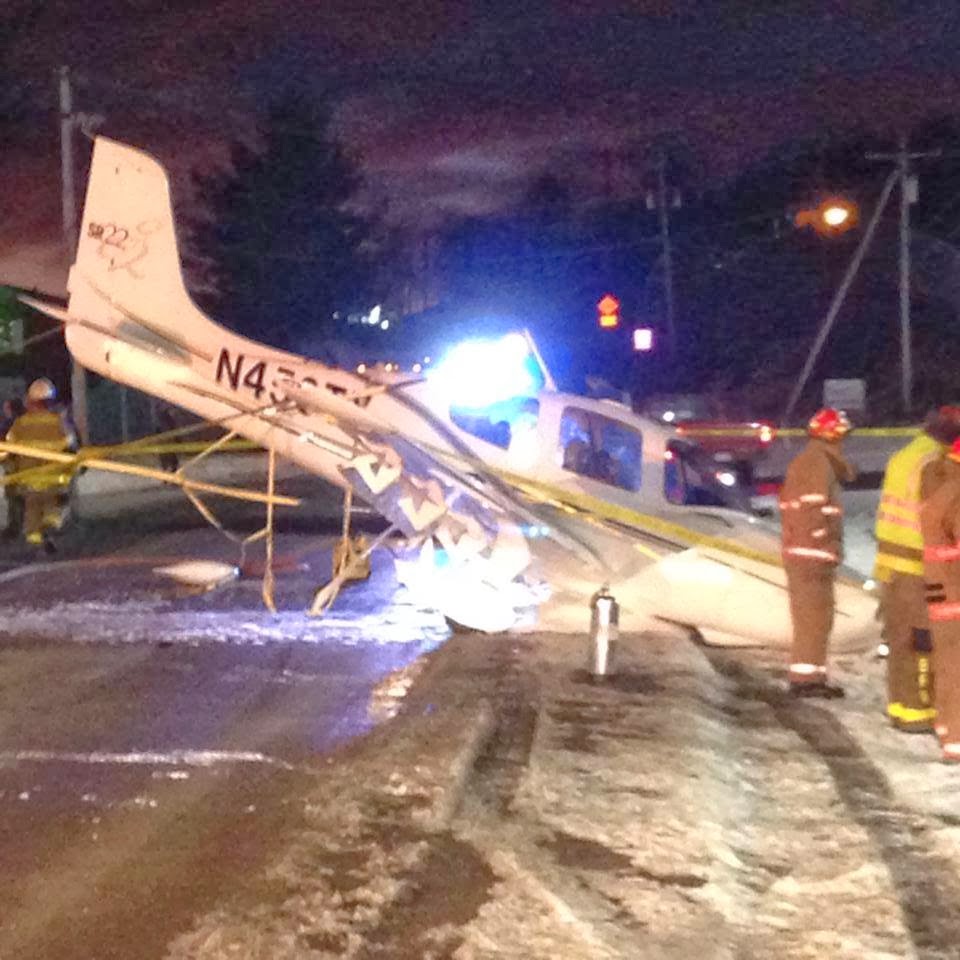 The Upshur County Sheriff's Department said James Meadows, 30, of Hendersonville, Tennessee was flying a Cirrus SR 22 aircraft to Pennsylvania when he heard a bang and his engine failed. 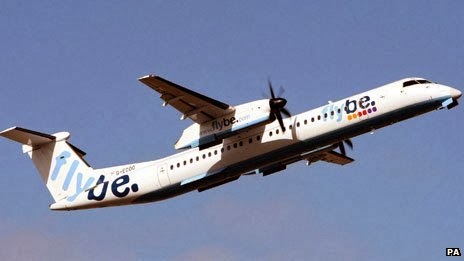 A flight from Geneva to Cardiff was forced to make an emergency landing in Paris after suffering "a minor technical fault." A passenger on Flybe's BE1832 flight on Saturday told BBC Wales it was a rough landing but the crew remained calm. Firefighters rushed to the Bombardier DHC-8-400 aircraft on the runway at Paris Orly Airport, and dowsed it in water using hoses.

Another small plane crash, with two fatalities, was reported off Addis Road east of Boyne City, Michigan, at about 7 am, on Monday. See here.
Posted by Loren Coleman at 4:53 PM

Here's another to add to the list: On Saturday, a small plane crashed outside of Buckhannon, WV. It actually landed on a truck, but luckily, the driver and the pilot were not hurt. http://www.wowktv.com/story/24364704/small-plane-crashes-in-upshur-county

Oops , it actually landed in Orly between Geneva and Cardiff. Soory for mistake