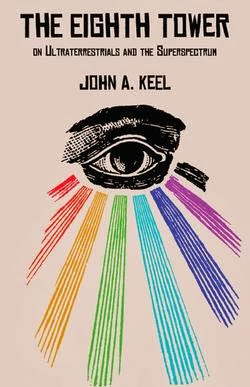 In The Eighth Tower, a dark work, John A. Keel, as the publisher notes, pulls no punches, and probes the ultimate question: "Are we pawns in a celestial game?"

Monday was the 13th of January. A day like any other day, but one in which the Fortean name game picked to play its game. 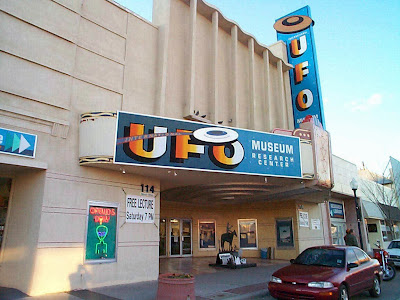 First up, Roswell. The Roswell Incident took place in the U.S. in 1947, when allegedly an unidentified flying object crashed on a ranch near Roswell, New Mexico. The name "Roswell" has become famous or infamous in association with UFOs, and Roswell today even has a museum dedicated to ufology.

On January 14th, Tuesday, a middle school student opened fire in his gym with a shotgun and critically wounded two students in Roswell, New Mexico. 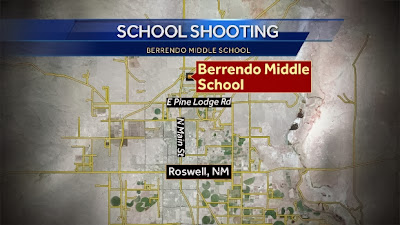 The injured were a 13-year-old girl and a 12-year-old boy who were "simply sitting in their gym waiting to go to class," New Mexico Gov. Susana Martinez said. The shooting occurred shortly before class was to begin at Berrendo Middle School.

The Eastern New Mexico Medical Center confirmed it treated two patients, who were then air lifted to the University Medical Center in Lubbock, Texas, located about 175 miles from the middle school.

("The Lubbock Lights were an unusual formation of lights seen over the city of Lubbock, Texas, from August–September 1951. The Lubbock Lights incident received national publicity and is regarded as one of the first great UFO cases in the United States," notes Wikipedia. That is, perhaps, after the "Roswell Incident.")

A spokesperson for UMC said the boy, who the governor said was 12, is out of surgery and is listed in critical condition. The girl, 13, is also being treated at the hospital and is listed in serious condition, according to the spokesperson. A school staff member suffered a minor injury and declined treatment.

The names of the shooting victims or the shooter have not yet released.

After the shooting, here's how the Chicago Tribune described the town where it occurred:

Roswell, a city of 48,000 people in southeastern New Mexico, is best known for its association with UFO lore because of the 1947 crash at a nearby site of an object UFO proponents believe was an alien ship. The U.S. military says materials recovered near the site were from an experimental surveillance craft.

Earlier, on January 13th, a familiar surname in UFO circles - Reeves - became the focus of another shooting. 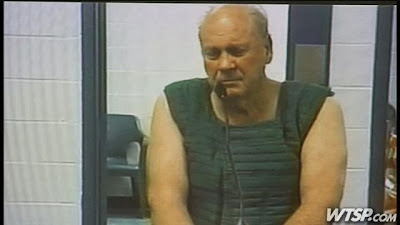 Curtis Reeves, Jr., 71, (shown above) a retired Tampa Police Captain was arrested and held without bail for shooting a man and his wife after an apparent argument over texting while at a Wesley Chapel, Florida, movie theater (Cobb Theater's Grove 16 & CineBistro). 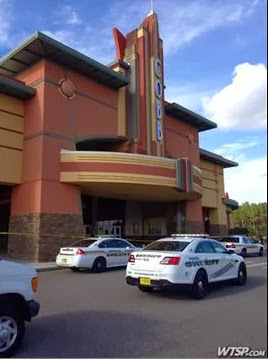 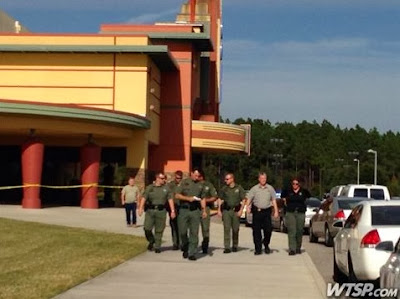 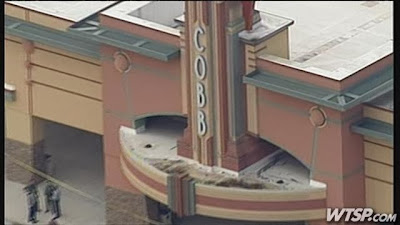 At the Monday afternoon showing of the film Lone Survivor, Reeves and his wife were sitting behind another couple, Chad and Nicole Oulson, watching the previews, when Reeves became agitated with Chad for texting before the movie began.

Lone Survivor is set during the War in Afghanistan, the film dramatizes the failed United States Navy SEALs mission Operation Red Wings, in which a four-man SEAL reconnaissance team was tasked to track Taliban leader Ahmad Shah. was principally filmed in New Mexico, working 42 days there. Filming first took place at the Sangre de Cristo ("Blood of Christ") Mountains of the Santa Fe National Forest. Then the production moved to Chilili, New Mexico for two weeks of filming, and finally to the Kirtland Air Force Base in Albuquerque, New Mexico. 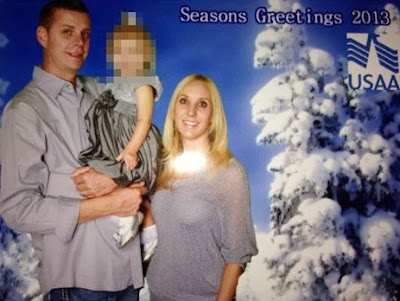 At the Wesley Chapel-January 13th screening of Lone Survivor an argument broke out between the couples, popcorn was thrown, after which Reeves reportedly left the theater, came back, took out a gun and fired at Oulson and his wife (shown from their Facebook page). Officials said Nicole tried to block the bullet, resulting in a gunshot wound to her hand, before Chad was struck. And killed.


Curtis Reeves Jr. retired from the Tampa Police Department on 9/30/93 as a Captain. He was instrumental in establishing the department's first Tactical Response Team. We are not aware of any contact with the department since his departure more than 20 years ago.

Perhaps it was merely a coincidence that on January 13th, the postal service delivered my copy of the new edition of John A. Keel's 1975 book, The Eighth Tower: On Ultraterrestrials and the Superspectrum. Anomalist Books, in conjunction with Keel's relatives, republished this book. Keel's first book, Jadoo, and his introspective ufological book, Operation Trojan Horse, where the author tackles the games of names and dates of the "Cosmic Joker," have all been reprinted by Anomalist Books, with newly added material.

Speaking of the name game, I was struck by the story about a gas line explosion in Asheville, NC on Friday that began, "Flames shoot as much as a hundred feet into the sky after a massive gas line break in Enka. It happened just before 4 p.m. Friday on Sand Hill Road near the Jacob Holms plant. The fire lead to evacuations and power outages."

So not only is Sand/Sandy coming around again in association with a disaster, but the name "James" derives from a variant of "Jacob," meaning that "Jacob Holms" resonates with the name of Aurora shooter James Holmes.

Enka seems like a mashup of Enki, the Sumerian god, and Ea, the name by which he was known in Akkadian and Babylonian mythology.

It is also interesting to note the report of a pillar of fire. The biblical Jacob is associated with a pillar, and James Holmes's middle name, as Loren has mentioned, means "fiery."

The Roswell location of the shootings causes a Fortean to pay attention. I noticed that the time between July 8, 1947 (the date of the Roswell Daily Record's famous story which alerted the world to the RAAF's ostensibly capturing a flying saucer) and January 14, 2014 (the day of the Roswell school shootings) is sixty-six years, six months, and six days. We have seen patterns like this before.

In other sync news, for the last couple of weeks, I have been revisiting some of John Keel's books. Keel was a giant in the field of Forteana, and his writings have been very influential in my thinking on UFOs and other high-strangeness phenomena.

Roswell, NM was also in the news on Jan 13th for a congressional bill to prevent horse slaughter at the Valley Meat Co. plant owned by a Rick de Los Santos. 2014 is the year of the horse. The biblical Four Horsemen of the apocalypse could be considered UFOs depending on how you look at it.

The Janus face of chaos and coherence rises to the top in this post. If energy is information as first year physics students learn, then what is being played out is not the purview of inimical "evil" forces but rather patterns that are comparable to the waves in a pond when a stone is dropped into it. Perhaps this could be called self organisation without sentience and we on the other hand dream that we are conscious.