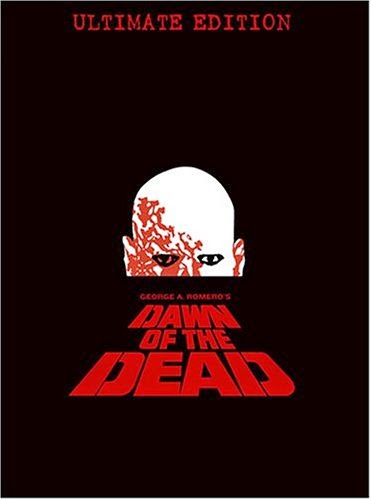 Gunfire erupted at the Monroeville Mall, a Pittsburgh-area shopping center, on February 7, 2015, Saturday evening, critically wounding two of the three people hit in a shooting that targeted one of the victims. The Monroeville Mall and Forbes Hospital's emergency room were placed on lockdown as police searched for the suspect (a black male in his late teens who is between 5-foot-7 and 5-foot-9 inches tall and was wearing dark clothing). 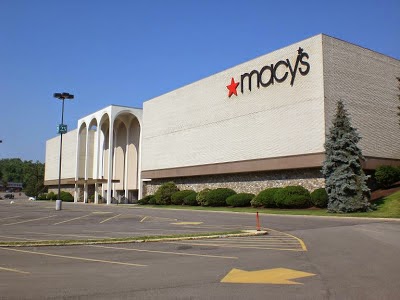 Photo credit (above and below). 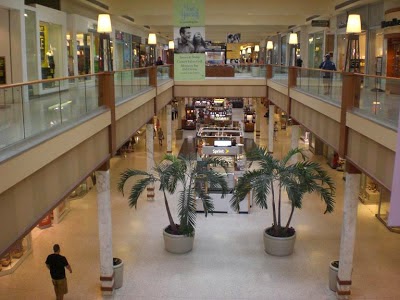 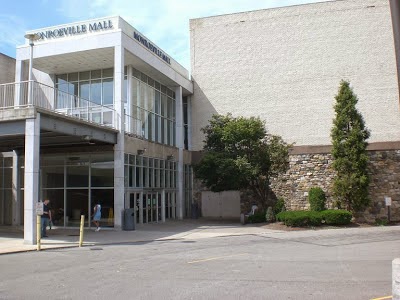 The shootings occurred inside the Macy's at the Monroeville Mall at about 7:30 p.m., sending shoppers running. Police closed the entire mall for the night. 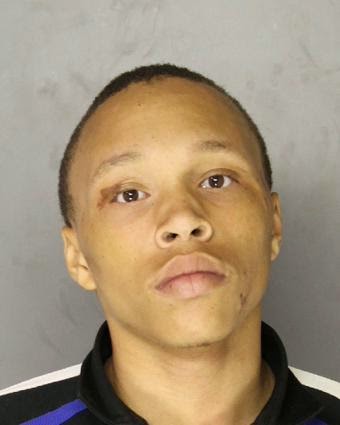 Seventeen-year-old Tarod Thornhill was arrested at 3:15 am, February 8, 2015, and charged as an adult in the Monroeville Mall shootings. 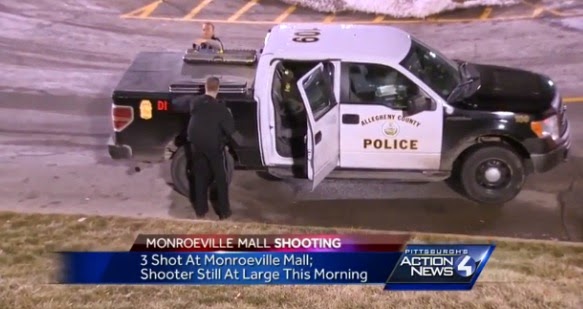 Chief Douglas Cole said two men and a woman were shot, including a man who was targeted and was struck at least once. Bystanders were the others, who were caught in the line of fire.

"Damn was just in monroeville mall and just saw 2 ppl get shot," he tweeted. "They are letting guns go in there."

On January 17, 2015, one person was killed and one was wounded in a shooting inside the Melbourne (Florida) Square Mall's food court before the gunman, José Garcia Rodriguez, died by suicide. Source.
In late December 2014, hundreds of teenagers gathered at the Monroeville (Pennsylvania) Mall and several fights broke out. The fights caused local officials and mall administration to agree on a plan to increase security there.

Four on-duty police officers have been stationed in the Monroeville Mall on Friday and Saturday evenings at the mall's request. 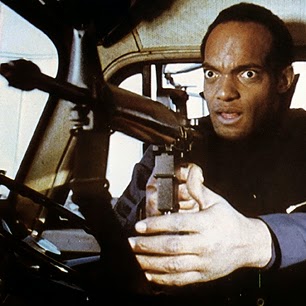 The Monroeville Mall was the film location for George Romero's Dawn of the Dead which completed primary filming 37 years ago this month (February 1978-February 2015). [The remake, Dawn of the Dead (2004) was directed by Zack Snyder in his feature film directorial debut. The screenplay for the 2004 version was by James Gunn, who went on to direct Guardians of the Galaxy.] 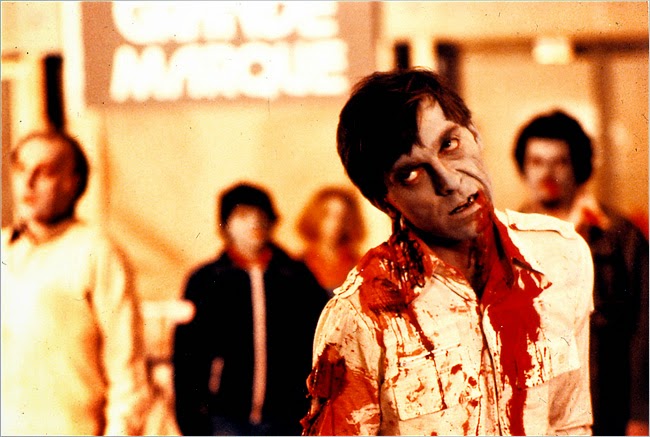 Dawn of the Dead (also known internationally as Zombi) is a 1978 American horror film written and directed by George A. Romero. It was the second film made in Romero's Living Deadseries, but contains no characters or settings from Night of the Living Dead, and shows in a larger scale the apocalyptic effects on society. Dawn of the Dead was filmed over approximately four months, from late 1977 to early 1978, in the Pennsylvania cities of Pittsburgh and Monroeville. Dawn of the Dead's primary filming location was the Monroeville Mall. 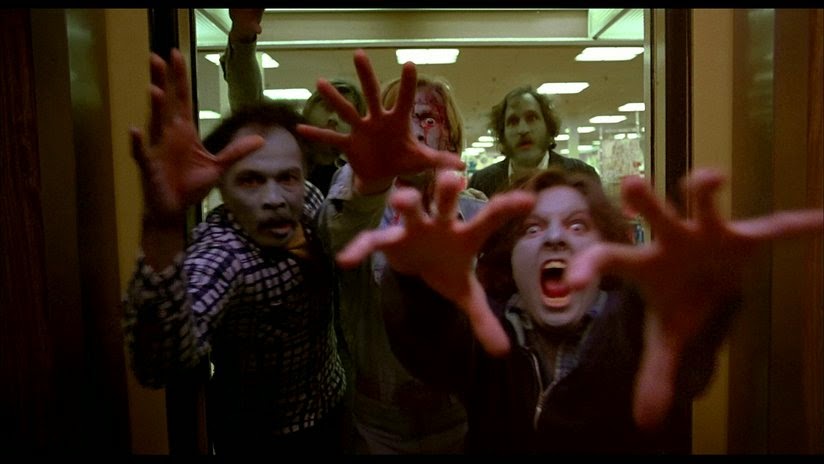 The history of Dawn of the Dead began in 1974, when George A. Romero was invited by friend Mark Mason of Oxford Development Company—whom Romero knew from an acquaintance at his alma mater, Carnegie Mellon—to visit the Monroeville Mall, which Mason's company managed. After showing Romero hidden parts of the mall, during which Romero noted the bliss of the consumers, Mason jokingly suggested that someone would be able to survive in the mall should an emergency ever occur. With this inspiration, Romero began to write the screenplay for the film.
Romero and his producer, Richard P. Rubinstein, were unable to procure any domestic investors for the new project. By chance, word of the sequel reached Italian horror director Dario Argento. A fan of Night of the Living Dead and an early critical proponent of the film, Argento was eager to help the horror classic receive a sequel. He met Romero and Rubinstein, helping to secure financing in exchange for international distribution rights. Argento invited Romero to Rome so he would have a change of scenery while writing the screenplay. The two could also then discuss plot developments. Romero was able to secure the availability of Monroeville Mall as well as additional financing through his connections with the mall's owners at Oxford Development. Once the casting was completed, principal shooting was scheduled to begin in Pennsylvania on November 13, 1977. Source. 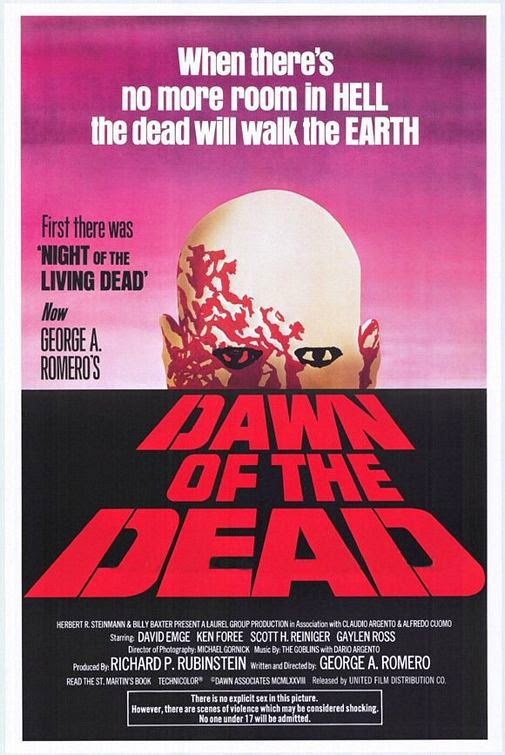 Because Dawn of the Dead was filmed there, today the Monroeville Mall is a tourist stop for Zombie film fans.


Monroeville Mall is most famous as the filming location for the movie Dawn of the Dead, the 1978 cult horror classic, directed by George A. Romero. In 1977, George A. Romero began filming Dawn of the Dead on location at the Monroeville Mall. All filming inside the mall took place at night after the mall had closed, with filming often continuing until dawn. Filming in the mall began in October 1977, but had to be suspended when the mall's Christmas decorations were hung shortly after Thanksgiving. Filming resumed in January after the decorations were removed. It was during that break that much of the mall's exterior shots were filmed, as well as filming at other locations. In the film's storyline, the mall was used as a fortress to protect four human survivors from a world taken over by the walking dead. The movie went on to become a huge hit worldwide. Fans travel far and wide, sometimes from other countries, just to have a chance to visit the location. Several pictures taken during the filming are on display in a room on the upper level near Macy's. In addition, Monroeville Zombies, located on the lower level near Macy's and features an in-store museum and gift shop that is dedicated to celebrating zombies in film and pop culture. The museum's main focus is Dawn of the Dead and contains artifacts, memorabilia, scale models of the mall as depicted in the movie and a boiler room walk through with various life sized replicas of movie zombies. In 2013, The museum was relocated to Evans City, PA, home of the original Night Of The Living Dead. Source.

Other links to popular culture include, 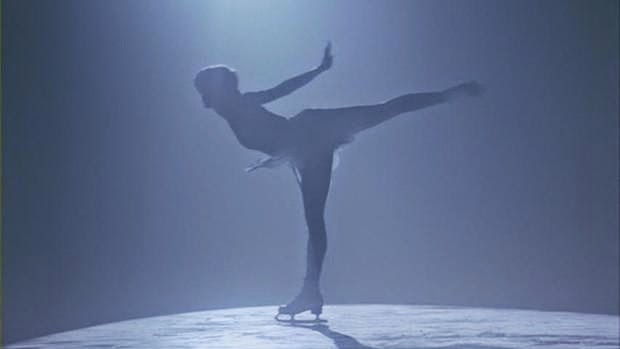 ~ The ice skating rink at Monroeville Mall appears in the 1983 film Flashdance as the rink on which Jeanne auditions. 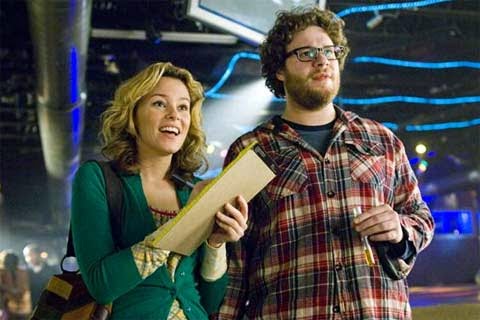 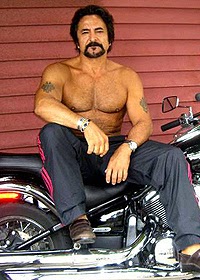 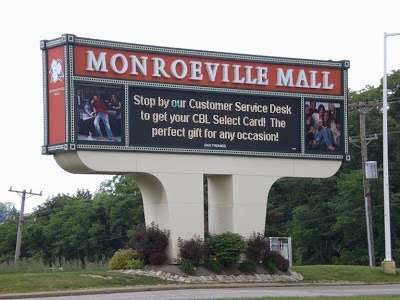 ~ The Monroeville Mall marquee, overlooking U.S. Route 22, is shown in a brief scene in the Greg Mottola film Adventureland.
~ Exterior scenes of the mall annex appeared recurring on the Showtime series, Queer as Folk. Source.
~ Stephen King's 1983 novel Christine takes place in the fictional suburb of Libertyville, Pennsylvania, which is adjacent to Monroeville. The Monroeville Mall is mentioned repeatedly. Source.

Posted by Loren Coleman at 6:47 AM

Described as a "1,000-teen flash mob" that begin a massive brawl with mainly young African American men and women.

Murder-suicide or double-suicide on Willow Street in New Orleans on 1 February 2015.
A man in Douglasville, Georgia shoots 4 members of his family and himself on Willow Tree Circle on 7 February 2015.
One of the witnesses interviewed was neighbour Teresa Carter. The main victim is Joseph Terry Brown. The most famous witness to this mall-shooting is Terelle Pyror. Ter = terra or terror = earth or fear.

A little off topic but I have just published Zombie Nights a behind the scenes look at the making of Dawn of the Dead with over 40 plate style images from the set at Monroeville Mall. I thought your followers might like this.
http://www.amazon.com/Zombie-Nights-Two-Living-Dead/dp/1507598114/ref=asap_bc?ie=UTF8