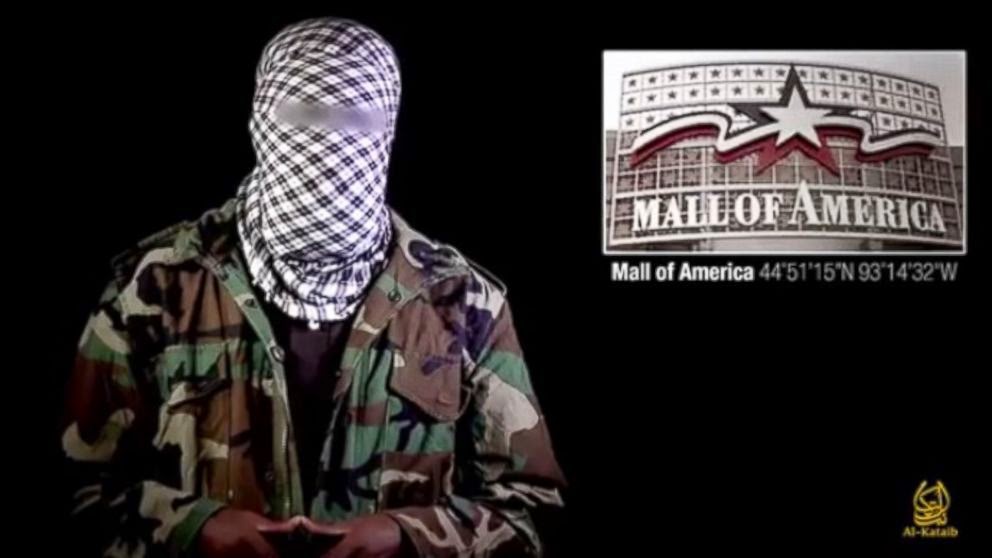 At the intersection of Minnesota State Highway 77* and Interstate 494 sits the Mall of America (MoA), a shopping mall owned by the Triple Five Group. It is located in Bloomington, Minnesota (a suburb of the Twin Cities).

[*In Alan-Abbadessa Green's Suicide Kings (see here from The Sync Book), he greatly details the significance of the number 77 in the JFK assassination and 9/11.]


The Mall contains the United Airlines Flight 93 memorial, for those who died aboard during the September 11, 2001 attacks—the bust of Tom Burnett (who was born and raised in Bloomington) is on the west side of the first floor, next to the fountain in front of Nordstrom.

Thomas Edward Burnett, Jr. (May 29, 1963 – September 11, 2001) was the vice-president and chief operating officer of Thoratec Corporation, a medical devices company based in Pleasanton, California. Burnett was born and grew up in Bloomington, Minnesota. At Thomas Jefferson Senior High School, where he wore jersey No. 11 and then No. 10, he led the Jaguars to the state finals as their starting quarterback in 1980. He graduated in 1981. On September 11, 2001, Burnett, who was born in Bloomington, Minnesota, was a passenger on board United Airlines Flight 93, which was hijacked as part of the September 11 attacks. He died when the plane crashed into a field in Stonycreek Township near Shanksville, Pennsylvania. 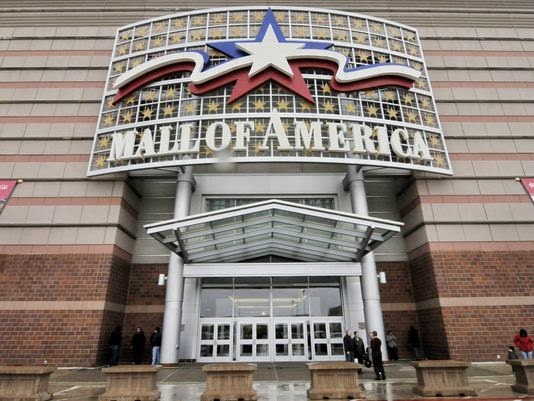 A new video from Al Shabaab purportedly shows the terror group calling for an attack on Mall of America, in Bloomington, Minnesota.

“Be particularly careful” if you intend to visit the Mall of America, the second largest mall in the USA.

That’s the cautionary message Sunday from Jeh Johnson, the U.S. secretary of Homeland Security, in the wake of Somali terrorist group Al-Shabab releasing a video calling for attacks on Western malls. The video specifically mentioned the megamall in Bloomington.

"I'm not telling people to not go to the mall," Secretary Jeh Johnson said on NBC's Meet The Press. "I think that there needs to be an awareness."

He also said, "I'm saying that the public needs to be particularly vigilant."“If anyone is planning to go to the Mall of America today, they’ve got to be particularly careful,” Johnson said in a televised interview with CNN. “There will be enhanced security there, but public vigilance, public awareness and public caution in situations like this is particularly important, and it’s the environment we’re in, frankly.”

Mall of America says it has heightened security after a video threatening a terror attack was apparently released by a Somali militant group with ties to al-Qaeda. The group, al-Shabaab, previously took responsibility for the 2013 attack at the Westgate shopping mall in Nairobi, Kenya, that left more than 60 people dead.

The video released online focused mostly on the conflict between Kenya and Somalia and the Westgate shopping mall attack. The video calls for similar attacks at the Mall of America and elsewhere.

"If just a handful of mujahideen fighters could bring Kenya to a complete standstill for nearly a week, imagine what a dedicated mujahedeen in the West could do to the American or Jewish-owned shopping centers across the world," an unidentified man says on the video. 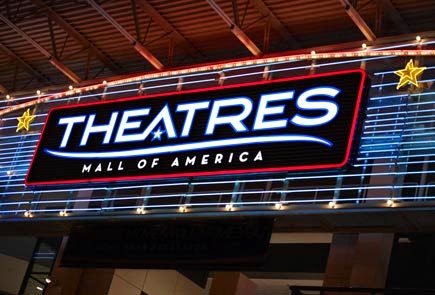 "What if such an attack was to occur in the Mall of America in Minnesota? Or the West Edmonton Mall in Canada? Or in London's Oxford Street?" the man says, encouraging supporters to "hurry up, hasten towards heaven and do not hesitate."

The FBI and Department of Homeland Security issued a statement Sunday saying U.S. officials were aware of the call for "Westgate style" attacks against shopping malls in the U.S. and elsewhere.

The Mall of America, among the largest shopping malls in the world with more than 500 stores and 50 restaurants, employs more than 12,000 people. It generally is considered the world's busiest mall, with more than 40 million visitors annually.

"Mall of America has implemented extra security precautions. Some may be noticeable to guests, and others won't be," the statement said, adding, "The safety and security of our guests, employees and tenants remains our top priority."

Al-Shabaab, based in southern Somalia, was declared a terror organization under U.S. law in 2008. The group, which pledged allegiance to al-Qaeda in 2012, took responsibility for an attack Friday at a Mogadishu hotel targeting government ministers that killed 25.

Johnson, who made appearances on five Sunday shows, said the video threat reflects the militant effort to encourage supporters to conduct attacks in their homelands.

"We're in a new phase now, and I'm afraid that this most recent video release reflects that," Johnson said on ABC's This Week.

A new video from Al Shabaab purportedly shows the terror group calling for an attack on Mall of America, in Bloomington, Minn.

According to Fox 9, the mall is one of three similar targets the terror group specifically names, including West Edmonton Mall in Canada and the Oxford Street shopping area in London.

The video purportedly shows 6 minutes of graphic images and the terrorists celebrating the 2013 Westgate Mall attack in Nairobi, Kenya, that killed more than 60 people.

An image of the Mall of America is shown in the video, alongside its GPS coordinates. The mall says it is ramping up its security in response.

One Islamic extremist rammed an explosives-laden vehicle into the gate of the Central Hotel, and another went in and blew himself up, a statement from Prime Minister Omar Abdirashid Ali Sharmarke's office said.

Government officials were meeting at the Central Hotel at the time, and the statement said Mogadishu's deputy mayor and two legislators were among the dead. It was unclear whether the government's report of 25 dead included the two bombers.

Despite the loss of key strongholds in Somalia, Al Shabaab, which is linked to Al Qaeda, continues to stage attacks in the capital, Mogadishu, and elsewhere.

The group, designated as a terrorist organization by the State Department in 2008, has close ties to Al Qaeda through its senior leaders. It has attracted several radical volunteers from Minneapolis and Americans began traveling to Somalia in 2007 to join the group.

Somalia's president, Hassan Sheikh Mohamud, condemned the Friday attack and said it would not derail efforts by his government to restore peace to Somalia, which is recovering from decades of war.

This is the second attack on a hotel in Mogadishu in less than a month. On January 22, 2015, three Somali nationals were killed when a suicide car bomber blew himself up at the gate of a hotel housing the advance party of the Turkish President Recep Tayyip Erdogan, who visited the country days later.

Posted by Loren Coleman at 2:21 PM

"The number 93 is of great significance in Thelema, a religious philosophy founded by English author and occultist Aleister Crowley in 1904 with the writing of The Book of the Law(also known as Liber AL vel Legis)."
Wikipedia

"The number 93 is of great significance in Thelema, a religious philosophy founded by English author and occultist Aleister Crowley in 1904 with the writing of The Book of the Law(also known as Liber AL vel Legis)."
Wikipedia

Re: Mall of America abbreviated as MoA-
I immediately thought of 'Minute of Angle' (which comes out to about an inch on a target at 100 yards).
Every American Sniper knows this...

It wouldn't make any sense to warn people before they strike if they had anything planned. They are explicitly trying to use the copycat-effect for terrorist warfare, calling on suggestible psychopaths to carry out these attack for them.