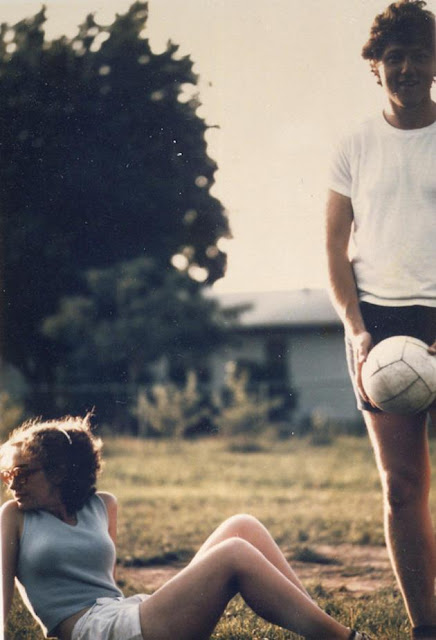 Bill Clinton & Hillary Rodham playing volleyball in Fayetteville, Arkansas, USA, 1975. They were married October 11, 1975.
The funny thing about the Fayette Factor is that it is almost always active, but rarely do people notice it. It disappears into the background of news stories and is there, even when you least expect it. 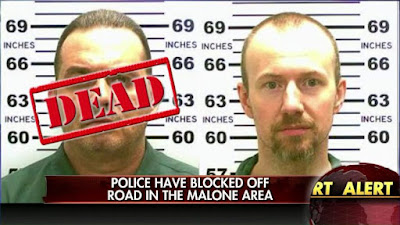 Take, for instance, the recent major media attention to the escape, flight, death, and capture involving the two prisoners from the Clinton Correctional Center in upper New York State.

Can you name the road where the shooting of one of the men, Richard Matt, occurred?


Sources say law enforcement personnel spotted Matt in the woods at about 3:45 p.m. [on June 26, 2015] after the owner of a camper called 911 to report that he had spotted the two escaped inmates.
The Press-Republican reported that the shooting happened on Route 30 near the intersection of Route 41/Fayette Road, which is close to the cabin where Matt had been Thursday. Sources say a Customs Border Protection agent fired the fatal shot that killed Matt. Source.

Editor of The Press-Republican in Plattsburgh, New York, tweeted:

LIQUOR BOTTLE FOUND
Matt was shot close to the site of a cabin on Fayette Road where, police know, he had been this week.
Feces found at that cabin had tested DNA positive for connection to Matt, sources told the Press-Republican.
Patricia Duffy, who lives on Fayette Road, said the final showdown with Matt happened just west of Route 30.
The owner of the camp, Bobby Willett, "found a liquor bottle sitting out that he had not drank out of," Duffy said shortly after Matt was killed.
"He called the cops, and a bunch of them went up there."
Mitch Johnson, Willett's cousin, said the convicts had apparently broken into the hunting cabin, which is down a dirt drive, just a short distance from Willett's home.
“He lives near the camp. He was outside talking to police, and then they heard shots in the woods," Johnson said. Source. 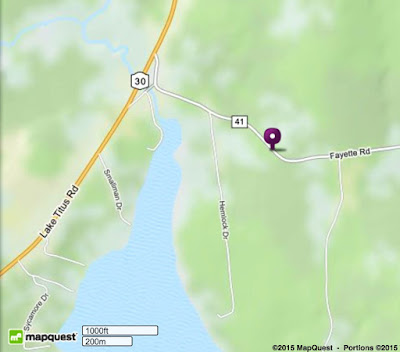 That wasn't the only "Fayette" news that occurred during this same time period. 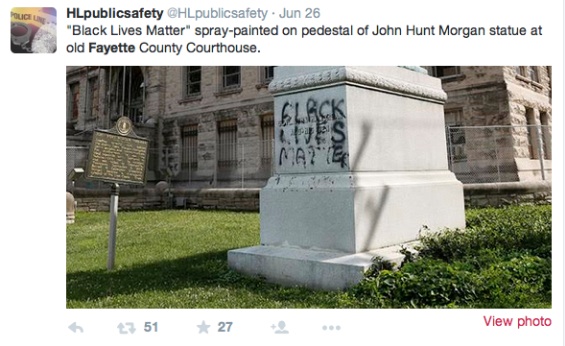 In the wake of the Charleston, South Carolina killing of 9 at the AME Church, the statue of John Hunt Morgan near the old Fayette County Courthouse in downtown Lexington, Kentucky, was spray painted with "Black Lives Matter," overnight between Thursday, June 25 and Friday, June 26, 2015. 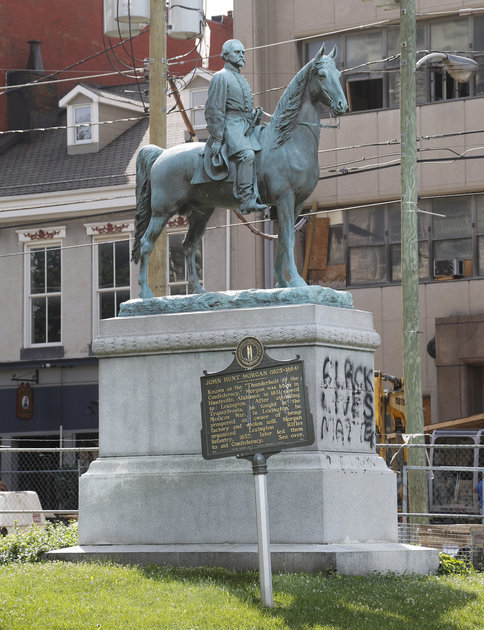 Who was John Hunt Morgan?

John Hunt Morgan (June 1, 1825 – September 4, 1864) was a Confederate general and cavalry officer in the American Civil War. He is known as the "Thunderbolt of the Confederacy" and remembered as the ideal of the romantic Southern cavalryman. 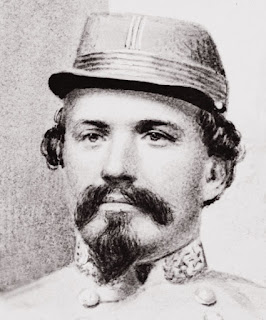 Morgan is best known for Morgan's Raid when, in 1863, he and his men rode over 1,000 miles covering a region from Tennessee, up through Kentucky, into Indiana and on to southern Ohio. This would be the farthest north any uniformed Confederate troops penetrated during the war.John Hunt Morgan was born in Huntsville, Alabama, the eldest of ten children of Calvin and Henrietta (Hunt) Morgan. He was an uncle of geneticist Thomas Hunt Morgan and a maternal grandson of John Wesley Hunt, an early founder of Lexington, Kentucky, and one of the first millionaires west of the Allegheny Mountains. He was also the brother-in-law of A.P. Hill and of Basil W. Duke. He was said to be a direct descendant of Revolutionary War general and hero Daniel Morgan, whose own great grand-uncle was perhaps history's most successful privateer (some say pirate), Sir Henry Morgan. 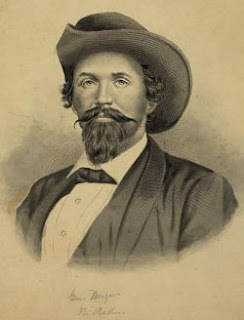 On September 4, 1864, Morgan was surprised by a Union attack and was shot in the back and killed by Union cavalrymen while attempting to escape during a raid on Greeneville, Tennessee.

Like Marquis de Lafayette -> "Fayette," the surname "Morgan" appears to be another power name in some synchromystic circles. 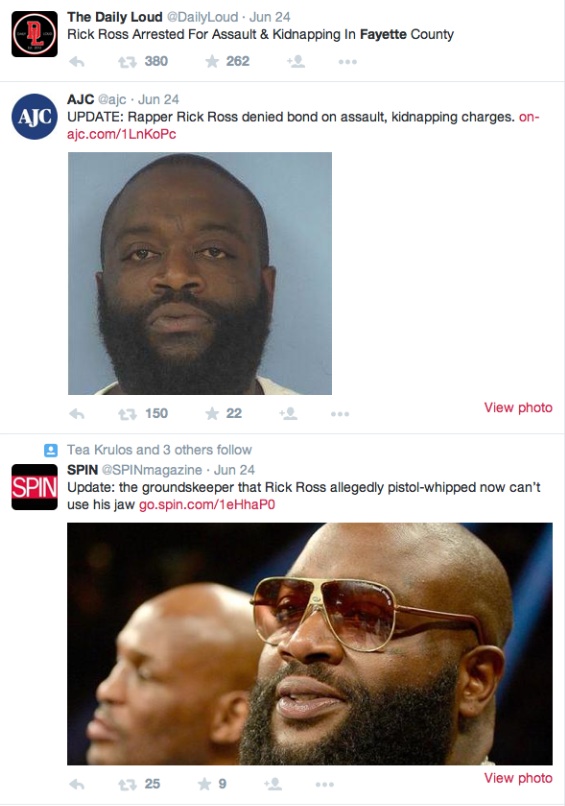 William Leonard Roberts II (born January 28, 1976), better known by his stage name Rick Ross, is an American rapper. On June 24, 2015 Rick Ross and his bodyguard were arrested in Fayette County, GA for kidnapping and assault charges. Both were accused for forcing a man into a guesthouse and beating him in the head with a handgun.

Comments from Joe M. and Will M. convinced me to post these interim thoughts.

Detectives with the Fayetteville Police Department have charged Bryan Scott Wolfinger with going armed to the terror of the public.