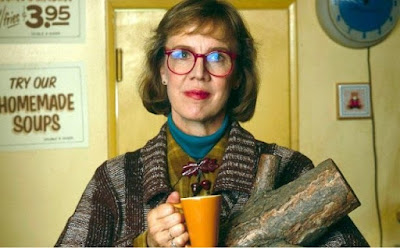 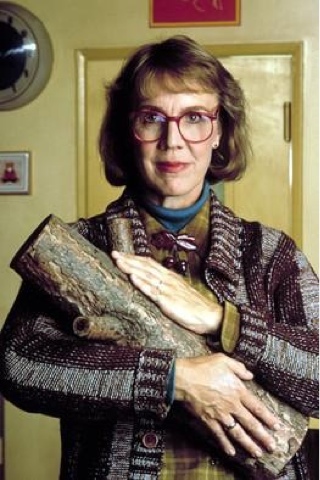 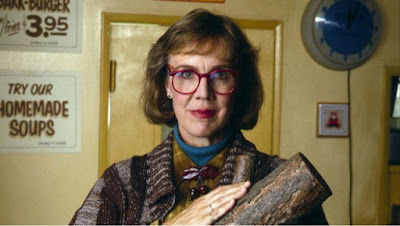 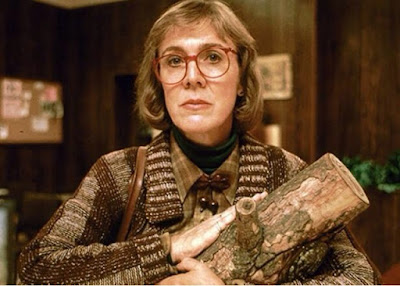 Actress Catherine Coulson, best known for playing the Log Lady (the character was named "Margaret Lanterman") on David Lynch's Twin Peaks, died of cancer, on Monday, September 28, 2015, in Ashland, Oregon, where she was born on October 22, 1943. She was 71.

Coulson was once interviewed about her Log Lady role, and described her Margaret Lanterman character as the “only normal person on the show,” but qualified that she’s “had some trauma and bonded with this Ponderosa pine,” according to Variety. 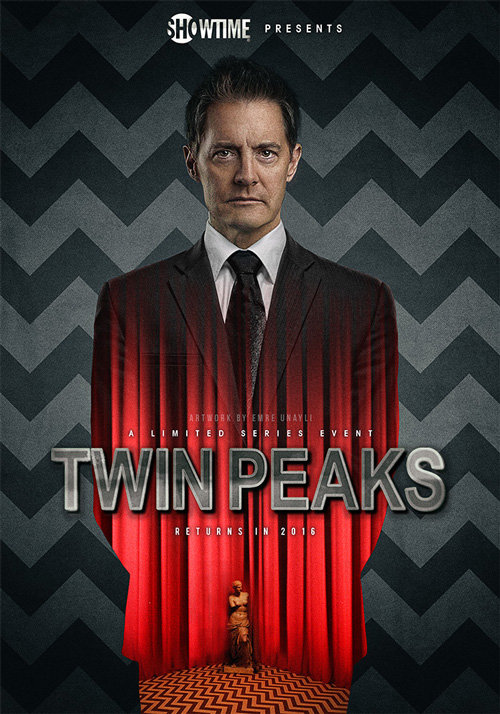 It has been reported that Catherine Coulson has already been shot for several episodes of the new series of Twin Peaks.

Coulson first collaborated with Lynch on a short film in 1974 [The Amputee], then again on the 1977 film Eraserhead. Over a decade later, she would work with Lynch again on Twin Peaks as the enigmatic Log Lady, a role she reprised in [the 1992 movie] Twin Peaks: Fire Walk With Me and for the new Showtime revival of the series [now due in 2017], though there is no word as to how involved she was, as filming just started.
The noted stage actress also “reprised” her Log Lady role for the "Psych" Twin Peaks episode Dual Spires, though there she was called “Wood Woman.”
She is survived by her husband Marc Sirinsky and daughter Zoey. Source.

Coulson was David Lynch's assistant director for Eraserhead. In 1968, she married lead Eraserhead actor Jack Nance. But they divorced in 1976. Her second husband, Marc Sirinsky, is a rabbi, at one point resident at Temple Emek-Shalom in Ashland, Oregon. 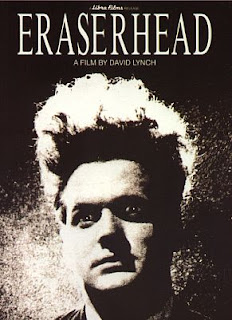 Jack Nance is best known for the starring role of Henry Spence in the David Lynch film Eraserhead. For the part he was reportedly paid $25 a week. He appeared in almost every Lynch film after that, and also as Pete Martell in the television show Twin Peaks.

After Coulson, Nance later married ill-fated actress Nancee Kelly, who was Jerry Van Dyke's daughter. His second wife, Kelly Van Dyke, aka Nancee Kelly, died by suicide by hanging on November 17, 1991. According to his younger brother Richard Nance, Jack, who was in Bass Lake, California, filming Meatballs 4 at the time, attempted to console her on the phone as she threatened suicide. A lightning storm knocked out the phones in Oregon, subsequently taking over 45 minutes for Nance and the director, Bobby Logan, to find a deputy sheriff who contacted Los Angeles police and the apartment manager. They broke into the cabin and found that she had hanged herself.

Nance died in South Pasadena, California on December 30, 1996 under mysterious circumstances. Nance told friends he had been beaten by a young man outside a Winchell's Donuts store in early hours of December 29.
Later that day, he lunched with friends Leo Bulgarini and Catherine Case. Nance had a visible "crescent shaped bruise" under his eye and when asked about it, he related to them the story about the fight. He soon went home, complaining of a headache. The injuries he received caused a subdural hematoma, resulting in his death the following morning. Nance died alone in his apartment. His body was discovered on the bathroom floor by Bulgarini. An autopsy revealed that the actor's blood alcohol level was .24 percent at the time of his death. A subsequent police investigation failed to find evidence of the alleged fight. Source. 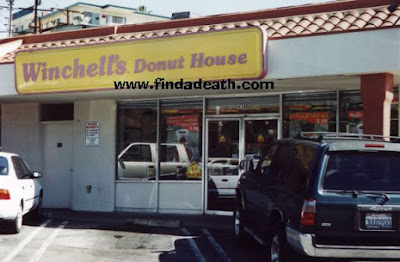 Nance actually lived and died on Fair Oaks Avenue in South Pasadena. That is also the site of the old Historic Route 66, which was changed to SR 118, which used to extend past I-210 on Foothill Boulevard through Sunland, Tujunga, La Crescenta and La Cañada, then across the Arroyo Seco into Pasadena, California, where SR 118 ran on Lincoln Avenue and Fair Oaks Avenue, ending at Colorado Blvd (Alternate US 66). The original routing across the Arroyo Seco ran along La Cañada Verdugo Road (now Oak Grove Drive), which crossed the arroyo along the crest of Devil's Gate Dam.

Route 66 and the Devil's name game applies to this history too.

Posted by Loren Coleman at 8:49 PM