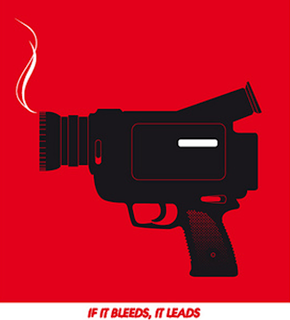 If it bleeds, it leads. That's an old piece of newspaper insider advice, and it has been transmitted to those in radio, television, video, Internet, cable news, and reality programming, too. Basically, the theory goes, the use of violence or the threat of violence helps news organizations sell their shows, soap, and SUVs. Dan Rather said it once, quite clearly, at a speech he gave at the National Press Club in the mid-1980s: the news is all about “death.” ~ Chapter 2: "Death Sells," The Copycat Effect, 2004

For example, this Labor Day, news has many details about a toddler's body parts being found in a pond in Garfield Park, Chicago. 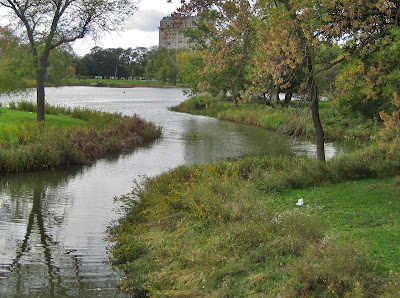 The Wikipedia photo of Garfield Park (above) compared to the newspaper photograph of police looking for body parts over the weekend. 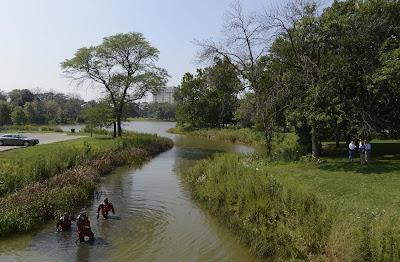 The child's second foot, and both hands were found toward the north end of the lagoon about 25 yards away from the first location. A 20-pound weight was found nearby, but then a lot of old machine parts, motors and junk was too. The limbs were in an advanced state of decomposition and not clothed, authorities said. The gender is as yet unknown. 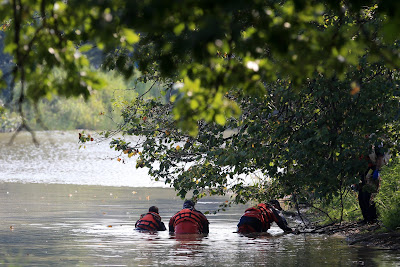 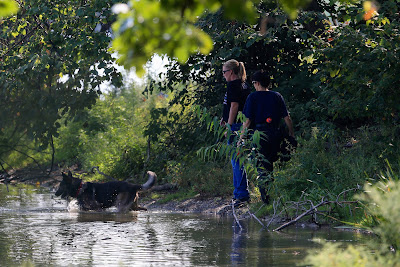 The portion of the park near the northwest corner of the lagoon, along Hamlin Boulevard between Lake and Washington, was closed. The lagoon is all linked, so the initial probable dumping location of the body is unknown.

In 1869, the Illinois state legislature established the West Park Commission, which was responsible for three large parks and interlinking boulevards in Chicago. The centerpiece of the system, the 185-acre Central Park, was renamed to honor President James A. Garfield (1831- 1881) after his assassination in 1881. 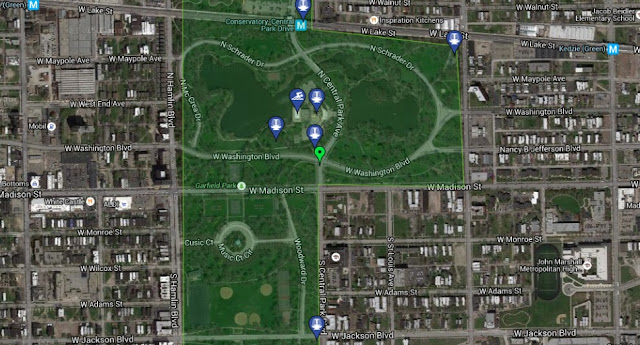 Of course, it goes without saying, this crime scene for this little toddler was in the woods, with more trees all around.

The map of Garfield Park shows that one street coming in from the East is named West Maypole Avenue.

As the movie The Wicker Man reveals - in its revelation of the method mode - that child sacrifice and the Maypole celebrations in the Spring are intermingled. Was this child's death more than what first comes to mind - which is an unfortunate child abuse killing - but instead is it evidence of a toddler's sacrifice? 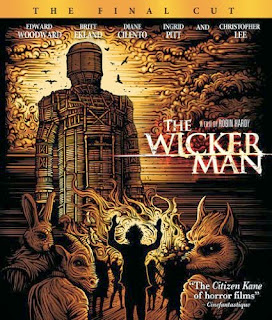 Maypole  = a pole painted and decorated with flowers, around which people traditionally dance on May Day, holding long ribbons that are attached to the top of the pole.

The reports say the first body part was found in the lagoon in the 200 block of McCrea Drive in Garfield Park.

McCrea = The Gaelic form of the surname McCrea is Mac Rath, which literally means "son of grace" or "son of prosperity." 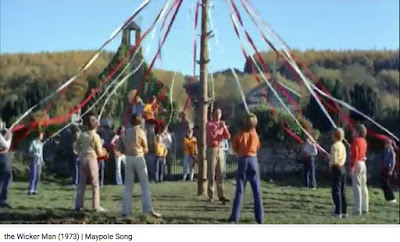 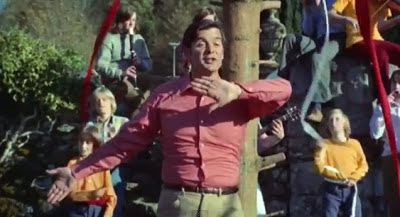 The Chicago toddler story came in the wake of the story and photograph of a three-year-old boy's drowning.

That event unfolded this way. In the early hours of September 2, 2015, Alan (incorrectly given as "Aylan" at first) Kurdi and his refugee Syrian family were in a small plastic or rubber inflatable boat, which is said to have capsized about five minutes after leaving a beach resort at Bodrum in Turkey. A total of 16 people were in the boat, which is designed for a maximum of 8 people. They were trying to reach the Greek island of Kos, a roughly 30 minute (or 2.5 mile) ride by boat from Bodrum. It is believed that none of the people in the boat wore lifejackets.

The bodies of Kurdi, his five-year-old brother and others were discovered by two employees of the beach resort at around 6:30 am on the same morning. Describing his encounter with Kurdi and another young girl, one of the employees stated, "I ran towards it and saw them. I was so afraid. He helped me pull them out of the water. They looked still alive, like they were sleeping, smiling a little. Their faces and arms and legs looked so new still. They couldn’t have been in the water an hour." 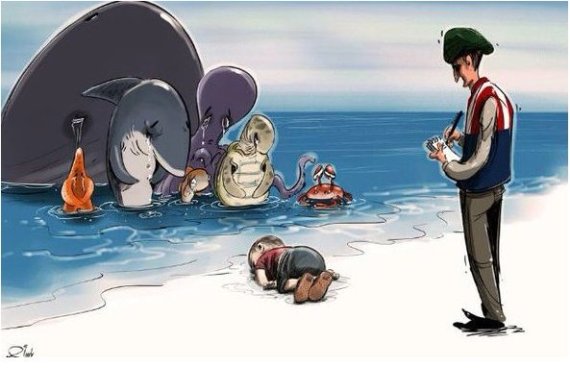 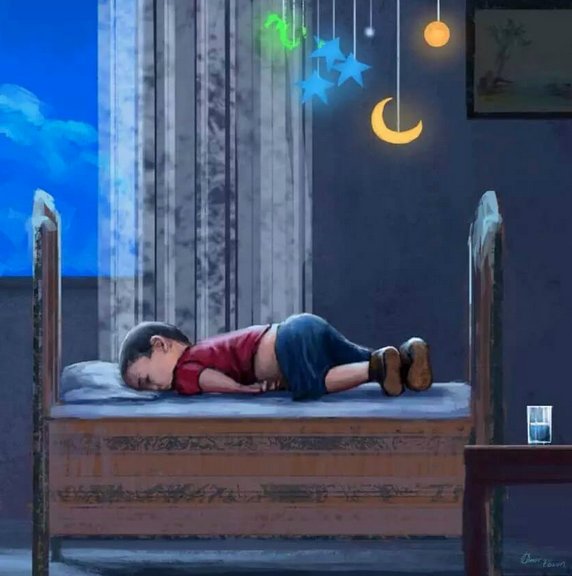 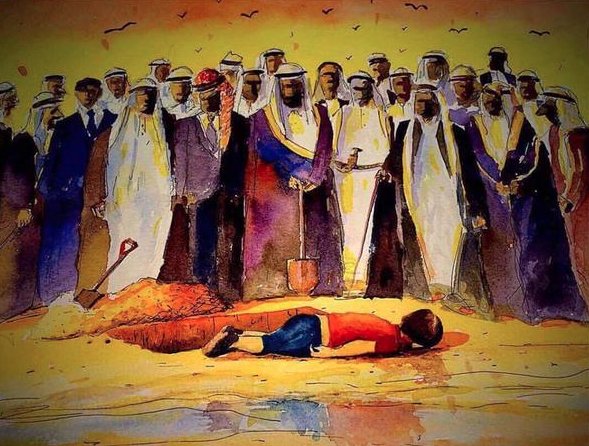 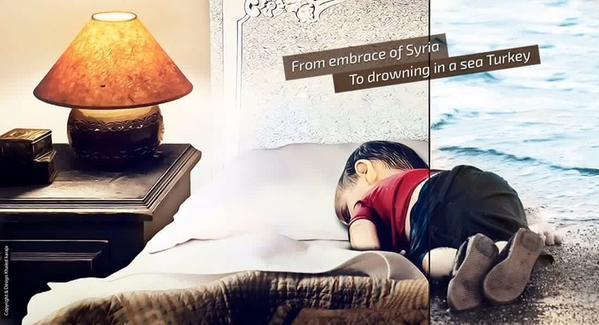 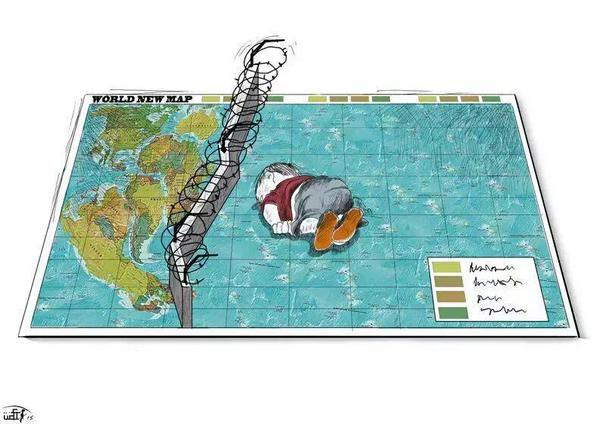 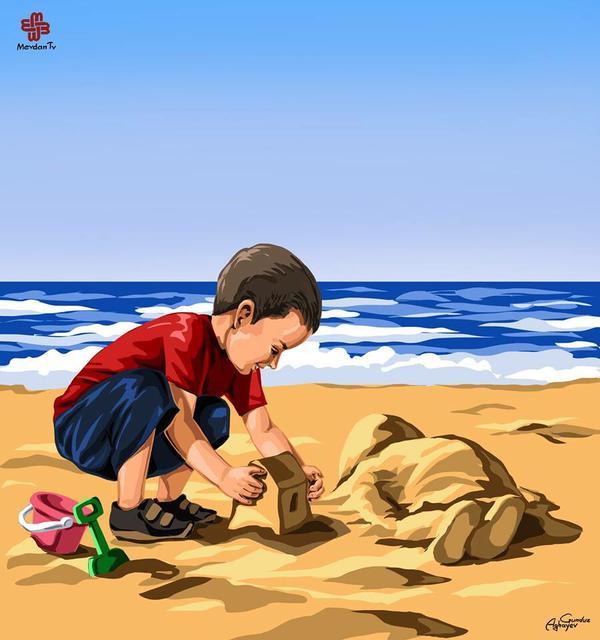 These and other cartoons: Source.

Where does this fit in this modern world of "media"?

What we are being asked is to take these stories and images, syncing around the world, and put feelings upon them.

Considering the 2nd-week anniversary of the media-involved Bridgewater Plaza shootings and the 14th-year-anniversary of 9/11 are this week, what should we expect to occur in the next few days?

I wrote in 2011, about the specific incident copycats of 9/11 here. But what are the trends telling us about now? More Batman syncs? Another live media death? Or, are the two stories above an indication that we will see and hear about more horrific child deaths? I'm sure that law enforcement agencies will be on high alert.

One thing is for certain, if it bleeds, it will lead.

We the side-effect of our modern bombardment of shocking news from all around the world is we become desensitized to it. Only when a certain humanitarian crisis is shown to affect those among us who are the most helpess and innocent, is when we finally start to pay attention.

Take for example an immigration problem closer to home: Each year hundreds of people try to cross the US border, and many die before reaching their destination --sometimes horribly so, as they starve to death in the desert, or fall down from the train they use to cross part of Mexico's territory. Only when it was known many of those immigrants are unsupervised children (some no older than Alan Kurdi) is when the story caught the attention of mainstream media in the US:

There are many other examples. In the movie Waltzing with Bashir, which tells the story of the Sabra and Shatila massacres during the Lebanon war in 1982, the climax of the movie is when, amid the corpses of the Palestine refugees, the camera stops in the half-buried body of a dead girl, who almost looks as if asleep were it not for the flies dancing around her face.

Or what about Malala Yousafzai? I dare say if she had been 10 years older, the West wouldn't have given a fig about her struggle against the Taliban and how they tried to assassinate het.

Is this exploitation of dead or endangered children? Yes. But in this day and age, I fail to see another way for the West to be moved out of its complacency and its binge-watching of House of Cards on Netflix, and pay attention to what's happening on the other side of the world.

Of course, I already see the paradox in this argument, and that is how the West might even get accostumed to the sight of dead or mangled children. Seeing distraught Palestinian parents crying over the corpse of their children is now a regular sight in the 'World News' section of most newspapers.

Hell, if the Newtown massacre and how it *failed* to initiate a gun-control discussion in America isn't a sign of this, I don't know what is...

When I first saw the photo of the boy face down in the sand, I was saddened and sickened. Shocked. Shut down into a dissociated state while ads for new crap flickered and further government strained newz was chanted.

Our local news outlets are not showing Alan Kurdi, instead, they are reporting on a toddler's suspicious death. I find our story similar to yours about the unknown toddler's remains in Garfield Park, Chicago.

Repetition of phrases like "child's death" with the dead child images, global and local, and presented to billions of half awake individuals, certainly conjure up the concept of child sacrifice within the sheeple's unconscious. Propaganda? Collective human archetype manifestation?

The death of Alan Kurdi has had a special impact in Canada.

First, his aunt, Tima Kurdi, lives in Coquitlam, British Columbia; and, in the midst of a federal election campaign, it was revealed that Kurdi's aunt had tried to obtain refugee status in Canada for her brother, Mohammed Kurdi, and his family, before applying for refugee status for Abdullah Kurdi, another brother, whose family included Alan Kurdi. The application for Mohammed Kurdi's family was hand-delivered to Immigration Minister Chris Alexander, (a Conservative Party member), by Fin Donnelly, (the Member of Parliament for Coquitlam, and a member of the New Democratic Party). That application was returned as "incomplete"; and, Tima Kurdi did not have enough money to sponsor both of the brothers' families.

If not for the bureaucratic delays and fees by Immigration Canada, Alan Kurdi might have come to live in Canada, with his brother and mother; and, as a result, these three people drowned while being smuggled between Turkey and Greece, (only the father, Tima's brother, Abdullah Kurdi survived).

The Conservative Party, (which has formed the government since 2006), has been criticized for its delays in bringing Syrian refugees to Canada, for years; and, Alan Kurdi's death has, thus, had a more profound impact by showing the Conservative government's policies of bringing Syrian refugees to Canada, as too slow and inadequate. And, in Alan Kurdi's case, lethally negligent.

Hamlin & Madison.
Hamlin = the pied piper of Hamelin.
Madison = Madyson Middleton, an 8-year-old girl who went missing on 26 July and whose body was found stuffed in a dumpster.
Note also the recent Ashley Madison scandal.

Madison and Middleton are also two cities in WI that are very close to each other. According to TravelMath.com the cities are only 6 miles or 10 km apart.

I'm not aware of any related stories in the past week but as I live in the area, Matthew's information popped out.

This was on the the public website for Garfield Park:
http://www.chicagoparkdistrict.com/parks/Garfield-Park/


Of course, I paid attention to the numbers: 184.72 acres
1+8+4+7+2 = 22
-Garfield died 11 weeks after being shot, the longest-lived President of an assassination.
-A .44 calibre Belgian-made British Bulldog revolver was used to assassinate President Garfield.
And this from the public website further down:

I wanted to find Garfields' connections to gold..

-As did President McKinley who passed the Gold Standard Act (assassinated in 1901 six months into term).

He was from an elite family of Old Dutch wealth, attending Harvard and living in the “Gold Suite” on campus reserved for wealthy students”. He was first initiated in the Independent Order of Odd Fellows and was initiated into Freemasonry on October 11, 1911 (10/11/11 = 1/11/11). (wikipedia.com)

What are the odds that those who supported Gold standard are killed, while FDR bans it and happens to be from an elite family and also a Freemason....

Just my insights. Love your posts!