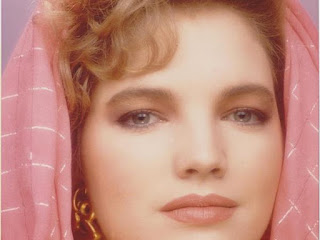 Kenn Thomas of the Steamshovel Press has alerted me to the sad fact that Acharya S, a leader and devoted theorist of the "Christ myth theory," died, perhaps not coincidentally, on Christmas, December 25, 2015. 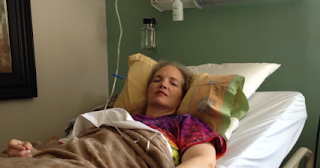 She was suffering from breast cancer. 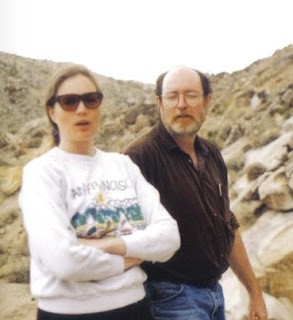 Kenn Thomas (pictured) wrote me, "Acharya passed away—at Christmas. Gods of coincidence again making themselves known...Very sad but not unexpected. She liked your work and considered you a friend."

"Murdock served as a trench master on archaeological excavations in Corinth, Greece, and Connecticut, USA, as well as a teacher's assistant on the island of Crete. Murdock was proficient in English, Greek, French, Spanish, Italian, German, Portuguese just to name a few....this amazing individual who has passed away on December 25, 2015," wrote the Mythicist Milwaukee. 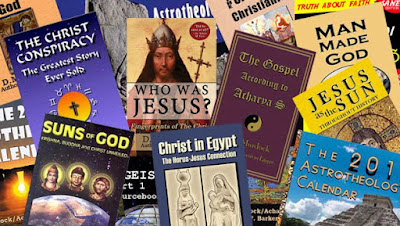 The following announcement was posted by N.W. Barker on giveforward.com on December 27, 2015:

I apologize for not posting sooner as this is a post I did not ever want to have to make - I regret to inform you that it is true that Acharya S/D.M. Murdock has passed away due to cancer on December 25th, 2015, oddly enough considering how much she wrote about pre-Christian religious concepts and rituals that probably led to Christmas type celebrations.
I have just lost my best friend. It was a privilege and an honor to know her and to work with her and be so close to her and her son for the last several years. She was truly extraordinarily special to us and so many others as well. The grief I feel for such a loss is unimaginable and heartbreaking. - N.W. Barker


A general biography of Acharya S contains the following information:


Acharya S, also known as D. M. Murdock, is the pen name of Dorothy M. Murdock, an American author and proponent of the Christ myth theory. She writes books, and operates a website named Truth Be Known. She argues that Christianity is founded on earlier myths and the characters depicted in Christianity are based upon Roman, Greek, Egyptian, and other myths. Her theories have received negative commentaries from academic scholars.
According to her website, Murdock received a Bachelor of Liberal Arts degree in Classics, Greek Civilization, from Franklin and Marshall College, after which she spent a year at the American School of Classical Studies at Athens, Greece.
Murdock began her website, Truth Be Known, in 1995. 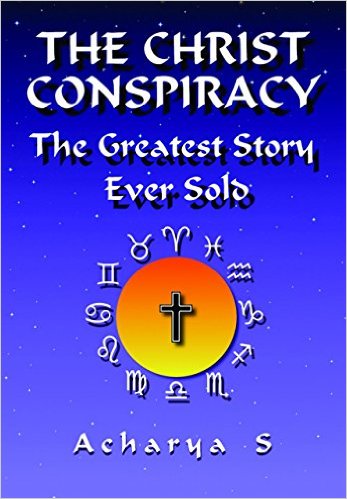 In 1999, as Acharya S, she published her first book, The Christ Conspiracy: The Greatest Story Ever Sold, arguing the concept of Jesus Christ as myth. She states the Christ story is a fabrication.
Her 2007 book, Who Was Jesus? Fingerprints of The Christ continues the theme of The Christ Conspiracy by expanding her theory questioning the historical validity of Jesus Christ alleging "early Christian history to be largely mythical, by sorting through available historical and archaeological data."
In 2009 she released Christ in Egypt: The Horus-Jesus Connection and The Gospel According to Acharya S.
She has been interviewed in Paranoia magazine.
In his book You Are Being Lied To, Russ Kick describes The Christ Conspiracy as "an essential book for anyone who wants to know the reality behind the world's dominant religion." In a book on American conspiracy theorists, Kenn Thomas calls her a "great chronicler of the conspiracy known as Christianity".
In his book In Search of Jesus, Baptist comparative religion scholar Clinton Bennett describes her views as being similar to those of radical freethinker Robert Taylor (nicknamed "the Devil's chaplain"), secularist MP and fellow Christ mythicist John M. Robertson, and American mythographer Joseph Campbell. In an article for The Christian Century, Butler University religion professor James F. McGrath describes her viewpoint as one that "once had some currency among scholars" in the 19th and early 20th centuries, but was subsequently abandoned.
Acharya S was criticized by Joel McDurmon, in part for the premise that Jesus was based on ancient sun gods because of the modern English homophones son and sun. Atheist activist and fellow Christ mythicist Richard Carrier criticized her use of the inscriptions at Luxor to make the claim that the story of Jesus birth was inspired by the Luxor story of the birth of Horus. Acharya S produced a rejoinder to Carrier's critique in which she describes the importance of the ancient Egyptian narratives of the birth of gods such as the one described at Luxor, the connections that existed between Egypt and the ancient Hebrew people and asks "[C]ould the creators of Christianity really have been oblivious to them?" Theologian Robert M. Price, who is sympathetic to the Christ myth hypothesis, wrote a critical review of Murdock's first book. However, he subsequently promoted her book Suns of God: Krishna, Buddha and Christ Unveiled in The Pre-Nicene New Testament: Fifty-Four Formative Texts, and wrote the foreword to Who Was Jesus?: Fingerprints of the Christ.
In his book Did Jesus Exist?: The Historical Argument for Jesus of Nazareth, New Testament scholar Bart D. Ehrman discusses The Christ Conspiracy, which he calls "the breathless conspirator's dream". Ehrman says "all of Acharya's major points are in fact wrong" and her book "is filled with so many factual errors and outlandish assertions that it is hard to believe the author is serious." Taking her as representative of some other writers about the Christ myth theory, he generalizes that "Mythicists of this ilk should not be surprised that their views are not taken seriously by real scholars, mentioned by experts in the field, or even read by them." As a rebuttal of Ehrman's critiques, Price, Carrier, Murdock, and others, published the book Bart Ehrman and the Quest of the Historical Jesus of Nazareth in 2013. ~ Wikipedia.

Sun's of God. Have always considered her work an important tool to see the vegetative deity being born on the solstice to fructify the land. Xtian nonsense aside. Dennis

Archarya S, was able to explain what I had suspected all along. I thank her.

So, she followed pseudoscholarship up with, in desperation, pseudomedicine in her last days.

She's about to find out if Jesus was just a grain-godling in the Frazer/year-king traditions, or if she and her books and friends are wrong, and he is the sole Son of God.