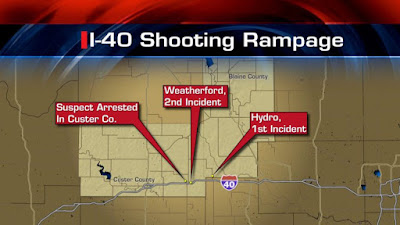 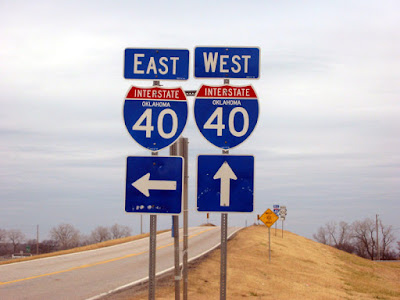 According to the copycat effect theory, a well-publicized violent event, like the San Bernardino terrorist attack, tends to be followed two weeks later by an incident that is a ripple of the original.

The San Bernardino shootings left 16 dead, which included the two shooters who died during the highway confrontation with law enforcement officers, on December 2, 2015.

Two weeks from December 2 was December 16, and it neared the stroke of midnight, Central Time, when a seemingly random act of violence visited a highway in Oklahoma. 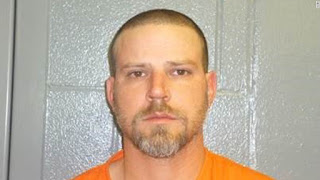 Beginning just before midnight, allegedly Jeremy Doss Hardy, 36, of Pasadena, Texas, rode down I-40, near Weatherford, shooting at cars. (Hardy, early medieval English and French origin for "bold" or "courageous."  Doss, a topographic name for someone living on a hill, from Ladin dos, from Latin dorm, "ridge" or "hill top." Jeremy, Hebrew for "May Jehovah exalt," "Exalted of the Lord.")

In two vehicles, two individuals were shot dead early on the morning of Thursday, December 17, 2015. The shootings seemed random, and left victims Jeffrey Kent Powell, 45, of Arapaho, who had been driving with his wife, and Billie Jean West, 63, of Lone Wolf, according to a statement by the Oklahoma State Bureau of Investigation.

Powell was killed at approximately mile marker 93, near Hydro. It was a short time later that the Weatherford police on normal patrol found a vehicle on Airport Road (mile marker 84) just off I-40. Inside the vehicle was Billie Jean West.

After West’s car was found, a short pursuit ensued with the suspect traveling into Washita County and back into Custer County. At mile marker 50, Hardy pulled to the shoulder and surrendered, at around 12:30 a.m. on Thursday. Hardy then allegedly failed a breath test and was booked for alleged DUI. From the time he allegedly fired the first shot to the time he was arrested, Hardy had driven 70 miles, Custer County Sheriff Bruce Peoples said.

Peoples says that Hardy "was indiscriminately firing at people he obviously didn't know. He was shooting commercial trucks, cars, SUVs, it didn't matter."

He says that "some of the actions described by witnesses indicate there was a road rage issue going on before the shots were fired."

These killings took place in Custer County. The county was named in honor of General George Armstrong Custer.

My sympathies go out to the victim' loved ones.

Checking out the names, two Americana icons pop up. With the name "Billie Jean", there is a strong resonation with the Michael Jackson's huge pop hit. The name-word "West" resonates with the setting sun, close of day, and death. The victim was "of Lone Wolf", which resonates with lone-gunman, pack-less K-9 predator.

Lt. Col. George Armstrong Custer, of the U.S. Calvary, was a hero/villain, depending on one's pov. However, there's no debate, that Custer was a man of bloodshed. The calvary, links to horses, which are often a solar symbol (active, male, manifestation).

Custer: <Teutonic; keeper of sacred tools/objects, church warden. (Warden: person who supervises a place or ensures rules are followed.)
Armstrong: strong-arm, to use brute force.
George: <ancient Greek; farmer, soil tiller
As per Wikipedia, Custer's men would refer to him as "Hard Ass" which links to the alleged shooter "Hardy".

Can this be another sympathetic MAGIC story from the Mother Road? Let's see.

There is the manifesting foursome of earth, water, air, fire. Earth: Doss, George. Water: Hydro. Air: Airport. Fire: shots fired. There is the calling down and crossing (ford)of a storm god: Weatherford Rd. There is the summoning up of demons: Custer's name and the lone predator to activate the kill drive. And sadly, the sacrifice victims, a male-female pairing.