Crazy Vegas: A Car Into Crowds and Colombia/Columbia

What happens in Vegas, doesn't always stay there. The famous tagline for Las Vegas, "What Happens Here, Stays Here," was dreamed up in a brainstorming meeting of the ad agency R&R Partners in 2003. It hardly has become true.

On the evening of December 20, 2015, some strange situations occurred in Las Vegas, Nevada - which the whole world - if not the universe - heard about in microseconds. Twitter went wild. 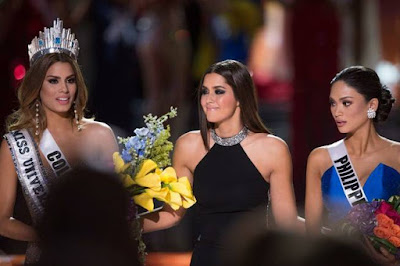 The big event of the night in Las Vegas was suppose to be the Miss Universe Pageant (owned until this year by Donald Trump) at Axis at the Planet Hollywood Las Vegas Resort and Casino. But even that had problems. This is what happened at the end of that "beauty" event. It was being hosted by comedian, actor and TV personality Steve Harvey.


6:47 p.m.: Harvey announces that 10 million votes have been cast. Seal sings his hits, including Kiss From a Rose and Crazy, during the final walk.

Time out! Seal sings Crazy and Steve Harvey accidentally awards Miss Colombia as the winner of the Miss Universe Pageant when she was really the 1st runner up to Miss Philippines? Whoa.


Columbia is a historical and poetic name used for the United States of America and also as one of the names of its female personification.

Philippines is named after King Phillip the 2nd.
Phillip is from the Greek name Φιλιππος (Philippos) which means "friend of horses," composed of the elements φιλος (philos) "friend, lover" and 'ιππος (hippos) "horse." 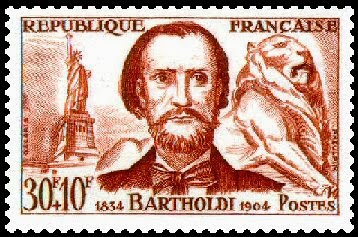 I've previously discussed the the name game of Columbia, Columbus, and the Statue of Liberty being the goddess Columbia, here, here, and here.


Meanwhile, outside Planet Hollywood, where the pageant was taking place, all kinds of craziness was happening. 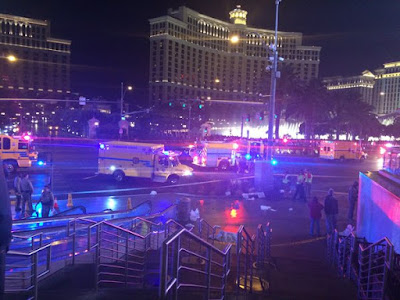 In what is being called an intentional act, an African-American woman in her 20s, with a 3-year-old in a 1996 Oldsmobile, with Oregon plates, plowed into a crowd of people in front of the Paris Hotel. She then pulled the car back onto Las Vegas Boulevard near Bellagio Way, continued down the street, and plowed into another group of pedestrians in front of the Planet Hollywood. Police reported she might have done it a third time. 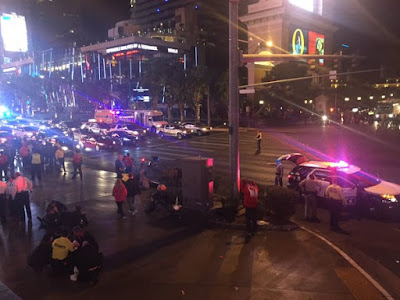 Those hit were not in the street, and approximately 36 were injured, six critical. One person, an adult, was killed.

Joel Ortega, 31, of Redlands, California, said he and his wife, Carla, were in Las Vegas for the weekend and found themselves blocked from walking on the sidewalk toward the Paris Hotel & Casino. They could see police investigating about a block away from the scene of the crash.
"At first, I thought it was a movie shoot," Joel Ortega said, "I thought maybe we'd see someone famous." ~ AP

The suspect fled the scene and police caught her at Flamingo Road and Koval. She was briefly barricaded in her car and refused to come out for a while before she was arrested.

The sync to the Paris Hotel seems obvious, regarding the recent Paris terrorist attacks. What is a bit more occult (as in hidden in its meaning) is the former name of the Planet Hollywood Vegas complex. The facility is the former Aladdin Resort & Casino.

The Aladdin opened on March 31, 1966, with flower petals pouring from the ceiling and onto guests as they entered the hall. The opening entertainment included comedian Jackie Mason, the Jet Set Revue, a musical review that showcased The Three Cheers and the Petite Rockette Dancers in the Baghdad Theatre. Prell introduced an innovative main showroom policy by offering three completely different shows twice nightly with no cover or minimum charges.
A little more than a year after it was opened, the Aladdin was host to Elvis and Priscilla Presley's wedding.
In August 1969, the Aladdin completed a $750,000 makeover including renovations to the Sinbad Lounge, which became enclosed and leveled above the casino floor with Arabic motif. ~ Source

The old Aladdin met its end on on April 27, 1998, when the entire resort was imploded at 7:27 pm, except for the Aladdin Theatre to make way for the construction of an entirely new casino. (Footage of the implosion of the original structure was used in the closing credits of the film The Cooler.)

The Aladdin/Planet Hollywood has served as the filming locations for various movies, including Going in Style, 21, What Happens in Vegas, Race to Witch Mountain, Get Him to the Greek, Knocked Up, The Hangover, and The Hangover Part III.

+++
A car ramming happened this fall that was in the news, and another occurred in Las Vegas ten years ago:


On Saturday, October 24, 2015, at 10:31 p.m., a woman was accused of driving into a crowd during Oklahoma State's homecoming parade in Stillwater. Four people were killed, an unnamed juvenile, age 2; Nakita Prabhakar, age 23; Bonnie Jean Stone, age 65, and Marvin Lyle Stone, age 65, and 44 were hurt. The driver, 25-year-old Acacia Avery Chambers of Stillwater, was this month found competent to stand trial on four counts of second-degree murder and 46 counts of assault.

In Wednesday, September 21, 2005, three tourists were killed and nearly a dozen injured when a car barreled through the crowd on the Las Vegas Strip, on Las Vegas Boulevard between Flamingo Road and Harmon Avenue, and crashed into a cement barrier in front of Bally's hotel-casino. The 27-year-old man, Stephen Ressa, used a Buick LeSabre, his mother's car, to mow down a crowd of tourists on a Strip sidewalk. He was wanted by California authorities for allegedly severely beating his mother and threatening her with a butcher knife before driving off in her car on two days before the Las Vegas incident. Ressa was from Rialto, San Bernardino County, California.
Posted by Loren Coleman at 5:42 AM

Even weirder, the driver, Lakeisha N. Holloway, petitioned to change her name Oct. 30 in Oregon to Paris Paradise Morton? There goes that "Paris" link again, coupled with the fact that numerous reports tell of her stopping at Paris avenue, and outside of the Paris Las Vegas Hotel.

The SXSW "Mr. Toad" figure was named Rashad Owens. Rashad/Reshod is an early Arabic/Hebrew name related to "going the wrong way", derived from the root RShD meaning to go the straight path or the right way, which however in ancient Arabic was also invertible depending on the vowels into the opposite meaning.
The woman in Stillwater was reported initially to have been drunk, although it turned out she was mentally ill but not intoxicated.
However, at the same time of this mass murder, it was reported that Comet Lovejoy had been discovered to be jetting out alcohol at an astounding rate ("500 bottles of wine per second"), deemed a "drunk comet."
There were also other drunkenness-related stories in the media recently, such as the death of recovered alcoholic actress Grace Lee Whitney (who played Janice Rand on Star Trek), and the association between the shooting in Colorado Springs and alcoholism (the shooter was a member of Alcoholics Anonymous, victims were part of a treatment program, and his mother wrote a book about her struggles with alcoholism).
Note the connection between clowns and alcoholism, including the famous alcoholic clown Grimaldi ("grim all day").