The Elf King's Death: The Tragedy of Aubrey Kerr McClendon 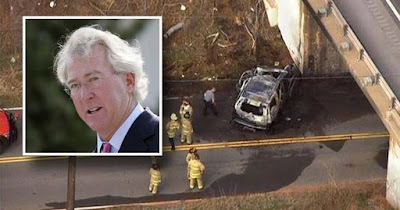 "Within hours of the world learning that the U.S. Justice Department had charged former Chesapeake Energy head Aubrey K. McClendon with conspiracy to suppress prices paid for oil and natural gas leases, the Oklahoma wildcatter died in a fiery car crash after driving into a concrete embankment near Arcadia Lake in northeastern Oklahoma County.
The report of McClendon’s death today has sent a shockwave throughout the energy industry." See more at "Indicted Chesapeake co-founder Aubrey McClendon dead in fiery car crash," by Andrew W. Griffin, Red Dirt Report, March 2, 2016.

Immediate conspiracy thoughts reminded many of the 1974 nearby Oklahoma highway death of Karen Silkwood and the whispers hit Twitter. But in my suicidological opinion, several risk factors and behaviors - the indictment, high speed, the lack of braking - point to a fiery self-immolation, a suicide. That is tragic enough for his family of a wife and three children, and a host of friends in many circles. He must have felt isolated in his last days.

"There was plenty of opportunity for him to correct and get back on the road but that did not happen," Captain Paco Balderrama of the Oklahoma City police said at a press conference.

Chesapeake Energy, along with other Oklahoma companies, helped pioneer hydraulic fracturing in newly explored shale fields, but a glut of natural gas has spelled trouble for the company McClendon founded.
Last year, Chesapeake settled charges of antitrust, fraud and racketeering by agreeing to pay $25 million as compensation to landowners with leases. Source. 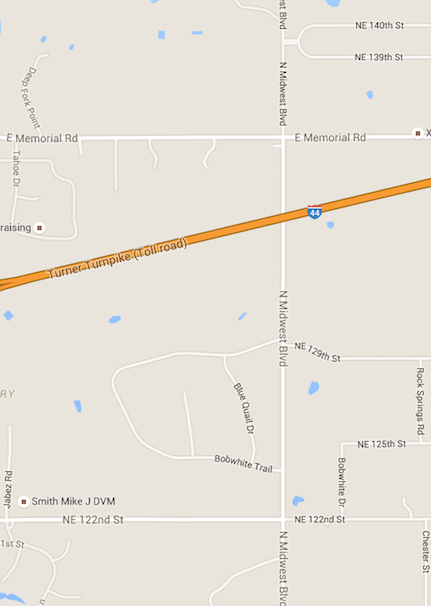 The crash occurred on North Midwest Blvd, between E. Memorial Rd. and NE 122nd. St. in Oklahoma City, Oklahoma. Nearby is the quiet neighborhood with Blue Quail Drive (recall Justice Scalia was in Texas quail hunting) and Bobwhite Trail. 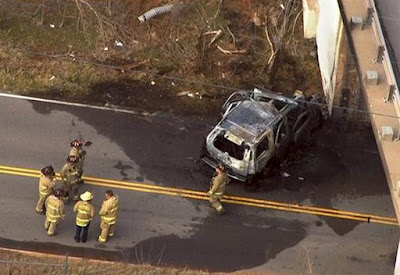 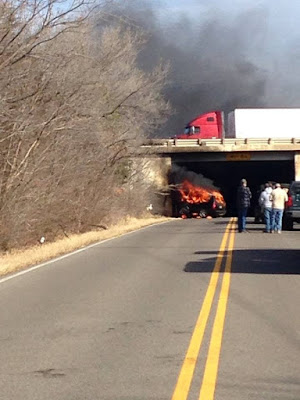 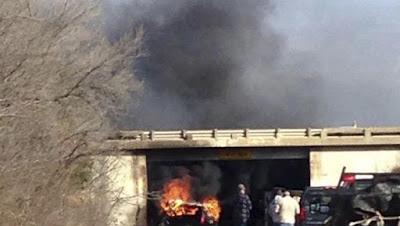 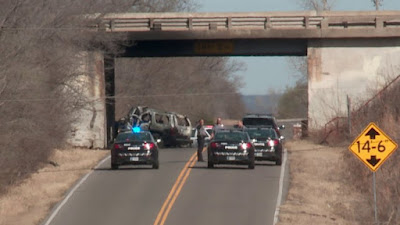 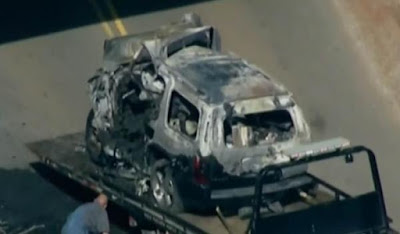 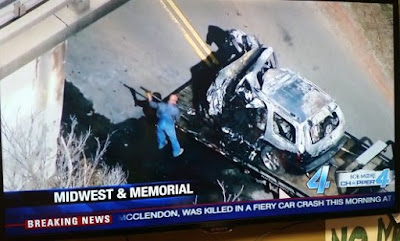 Aubrey McClendon was one of the owners of the NBA's Oklahoma City Thunder basketball team.

Aubrey McClendon may have been keenly aware of the interplay between names and the land. He held an extensive collection of antique maps of Oklahoma.

How extensive was it? In 2012, a trio of Reuters reporters found that...

McClendon...owns a $12 million collection of antique maps that fill the walls of Chesapeake buildings.
"His collection of Oklahoma maps and nearby states would be the envy of the Library of Congress," said Graham Arader, the broker who helped him acquire it. McClendon once angered some shareholders by selling the maps to Chesapeake to meet a margin call; he subsequently agreed to buy them back. Source. 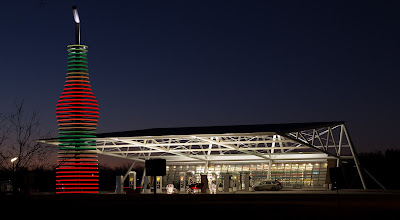 "While chief executive at Chesapeake, McClendon was instrumental in the Oklahoma City oil and giant’s entry into the Fayetteville Shale between 2006 and 2011. According to an economic impact study by the University of Arkansas, Fayetteville Shale companies like Chesapeake, Southwestern Energy and Exxon Mobil’s XTO Energy invested nearly $13 billion in the Arkansas between 2008 and 2012." Talk Business & Politics.

The Fayetteville Shale is located within the Arkoma basin of Arkansas. It is named for the city of Fayetteville, Arkansas, and requires hydraulic fracturing to release the natural gas contained within.

"Aubrey McClendon, a natural gas industry titan who helped pioneer shale development in the United States,...Chesapeake remains one of the top shale gas producers in Pennsylvania, and its former CEO continued to be a well-known name in the industry....The coalition is based in North Fayette." Pittsburgh Post-Gazette.

Lafayette can thus be translated from the French as "the little enchantment," as well as "the little fairy." Joan of Arc, at the age of 8, danced around a "fay tree," a "fairy tree," some saying she saw fairies. Others tell that she heard voices, had visions, and was "enchanted." The name has a long history. Marshal of France Gilbert de La Fayette III, an ancestor of Marquis De Lafayette, led the army of Joan of Arc, in Orléans. 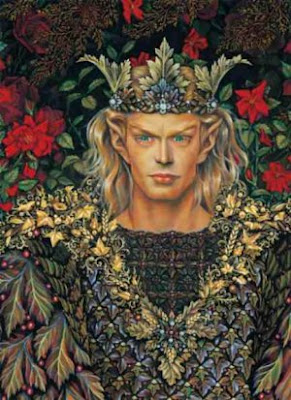 Aubrey Kerr McClendon may have known he carried the mantle of the blond "Elf King" and his life overlapped nicely with "Little Fairy" (Fayette) sites.

The name Aubrey is French meaning the "blond ruler, elf ruler." Aubrey is an English given name, most commonly a female name, although historically its use has been masculine. The name is a Norman French derivation of the Germanic given name Alberic, which consists of the elements alf "elf" and ric "power," with the concise, overall meaning of "Fair Ruler of the Little People." Some discussions merely translate Aubrey very directly as the "Elf King." 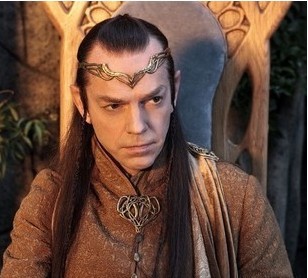 Elrond, the Elf King, in Rivendell in Lord of the Rings. 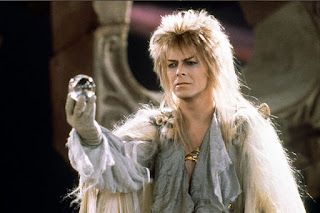 David Bowie was scheduled to play Elrond in the Lord of the Rings trilogy.

The name Kerr, Scottish in origin, is rendered in various forms such as Kerr, Ker, Carr and Carre. The name stems from the Old Norse kjrr which means "marsh dweller." In Scottish, the meaning of the name Kerr can also be, "man of strength."

(Andrew W. Griffin reminds me that Karen Silkwood worked for the Kerr-McGee plutonium plant at Crescent, Oklahoma, and her car crash has been mysteriously linked to Kerr-McGee. The same name as Kerr in Aubrey Kerr McClendon.)


McClendon's surname reinforces this elfin notion. The meaning of the root name Mcclendon is the son of little Leannach, the small "cloaked or mantled one." 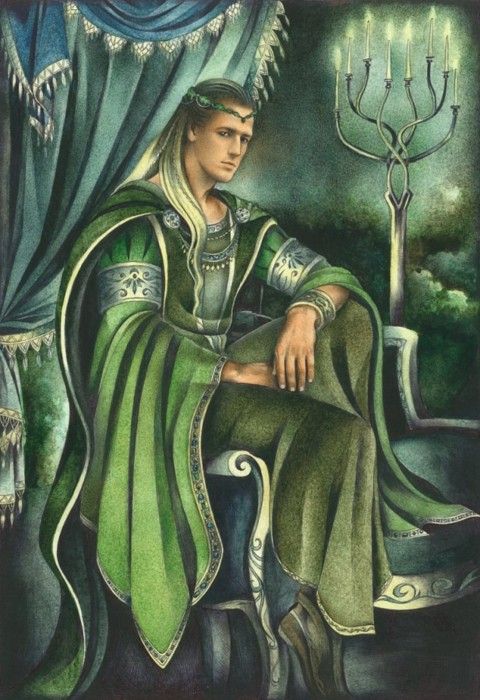 Unknown to me, as I am not on Facebook all the time, my wife posted the following image on that platform, without my knowing, yesterday. 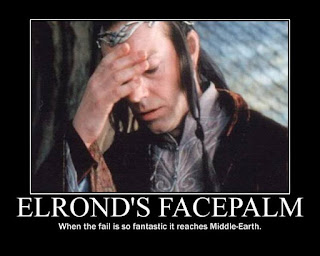 Thanks to Steve L., and Andrew W. Griffin, as well as the foundation Fayette Factor work of Jim Brandon.

Posted by Loren Coleman at 6:41 AM

Of course I immediately sounded out the name as L. Ron

where the L. stands for, what else: Lafayette

Did you see Romney's anti-Trump speech at the Hinckley Institute?

Fayetteville in the news today! This time in West Virginia.

I posted the above just thinking it was this one student's body that was found since 1998 under the bridge at Fayetteville, WV. Now read this:

"The remains were found below the edge of the New River Gorge Bridge, Tawes said.

More than four dozen bodies have been recovered below the bridge since Kovack’s disappearance 18 years ago, Tawes said. The most recent was a suicide at the same spot six months ago, he said."

More than 4 dozen??? that averages out to 3 per year!!! Doesn't say how many were suicides, but then I read this as a comment on a local TV news webpage of the story

"My grandson was thrown into over this bridge in 2005 and his body was never found Haven Dakota Jenkins he was 2 1/5 years old."

Two political dead "quails" in one year! Coincidence? Bridges can represent altars or vaults, depending on whether one is over or under. Going with the flow is an enhancer.

Old tales and superstitions speak of sacrifices to bridge spirits and payments to trolls.

Three cardinal compass points associated along with info that McClendon was a collector of antique maps. Toponomy? Yeah, I think so.

Yikes! The number-of-the-beast is marked on The Mother Road with a 66' statue! Point, line, and 90 degree angle.

ARCADIA--- a mythical, and yet, connected to a hunting accident, much like the quail!

Note hook/corner, can mean bend and bend has an associated meaning to the words Wicca, wicker, witchcraft.

The ZIP CODE, begins with 73, a number which is loaded with symbolic meaning and prime number fun. Finally, there is 007. John Dee himself.