High levels of Fayette Factor incidents give a sense that strangeness is all around. This Twilight Language blog only recently pointed to "The Fayette Factor & Trump Rally Incidents," as well as other recent happenings (1, 2, 3). Here are a few more filling my Fayette file. 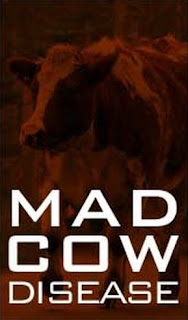 The operating rooms at the Washington Regional hospital in Fayetteville, Arkansas,  have been shutdown due to Mad Cow's disease.

Health inspectors have confirmed a preliminary diagnosis of Creutzfeldt-Jakob disease, a degenerative brain disease, at Washington Regional Medical Center, the hospital confirmed.
All operating rooms were closed down Wednesday [March 16, 2016] and surgical procedures were postponed. 40/29 News has reached out to WRMC for an update, but they have not returned our messages. The diagnosis follows a procedure done on February 15th and the lab results were received Wednesday morning. 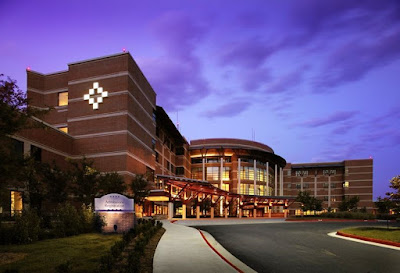 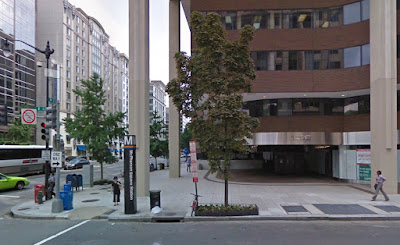 
The investigation into [March 14, 2016's] cable fire at McPherson Square is ongoing,” [Metrorail General Manager Paul J.] Wiedefeld said [to the Washington Post]. “As a preliminary matter, the conditions appear disturbingly similar to those in the L’Enfant incident of a year ago, and our focus is squarely on mitigating any risk of a fire elsewhere on the system.

McPherson Square is a square in downtown Washington, D.C. Adjacent buildings include the U.S. Department of Veterans Affairs, the Lafayette Building housing the Export-Import Bank, the 15th Street financial district, and numerous hotels. It is one block northeast of Lafayette Park. It is served by the McPherson Square station of the Washington Metro. This is the main station to access the White House, and the Vermont Avenue exit is directly underneath the Department of Veterans Affairs building.

(3) New body found in location where many have been recovered 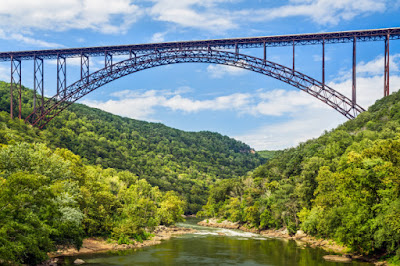 West Virginia State Police said on March 11, 2016, that the discovery of human remains and personal possessions found near the New River Gorge Bridge at Fayetteville, West Virginia, could solve an 18-year-old mystery: the disappearance of a Virginia Tech graduate student.


The remains were found in a heavily wooded area Thursday [March 10, 2016] along with Robert L. Kovack’s driver’s license, a college ID and car keys, State Police Sgt. Kenneth Tawes told The Roanoke Times.
The 24-year-old from Rivesville, West Virginia, disappeared Sept. 18, 1998, while he was on his way to a West Virginia University-Maryland football game in Morgantown....More than four dozen bodies have been recovered below the bridge since Kovack’s disappearance 18 years ago, Tawes said. The most recent was a suicide at the same spot six months ago, he said.