There's been a church shooting in Antioch. 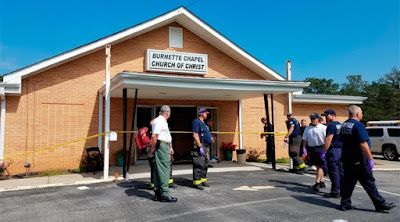 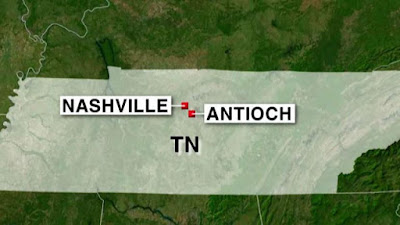 At least one person, a woman, was killed and seven others have been injured at Burnette Chapel Church of Christ shooting in Antioch, Tennessee. The shooter shot himself and is being treated at the hospital. Another person was pistol whipped and has been taken to the hospital. 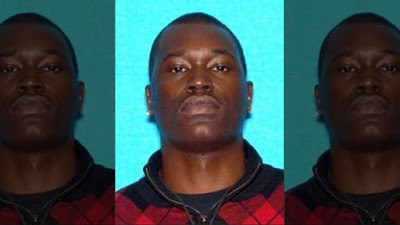 The suspect, 25-year-old Emanuel Kidega Samson, immigrated from Sudan two decades ago, police said. He's suspected of bringing two pistols and a mask to the predominantly white Burnette Chapel Church of Christ in Antioch, southeast of Nashville, before opening fire just after 11 a.m.

It is not clear what kind of mask he wore. All kinds of "neoprene" masks exist. 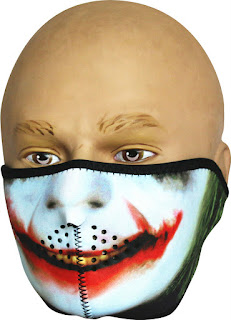 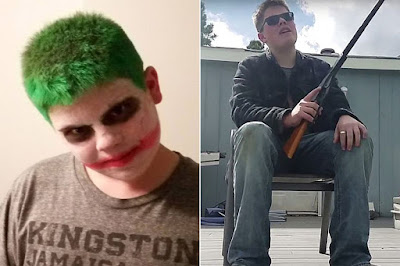 The shooting in Rockford, Washington State, on September 13, 2017, at the Freedom High School was allegedly done by Caleb Sharpe, who portrayed himself on Facebook as The Joker.

It will be recalled that church shootings left ten injured in one bloody weekend in July 2008, in Toronto and Tennessee. See here.
___

Antioch has come to the fore in past incidents.

On Monday, March 28, 2016, at about 2:39 p.m. ET, an armed man was fired upon by U.S. Capitol Police when he arrived at the Capitol Visitor Center carrying a weapon, which reportedly discharged, wounding one female bystander. That female civilian was injured by shrapnel. No U.S. Capitol Police officers were injured, despite early reports they were. The suspect has been identified as Larry Russell Dawson from Antioch, Tennessee, who called himself a pastor but who was identified at the time as a licensed funeral director and embalmer.

Antioch, Tennessee was the site of a predicted theater incident that occurred on August 5, 2015, exactly two weeks after a shooting at a showing of Trainwreck in Lafayette, Louisiana.

[Please recall that the Lafayette shooter shares the same middle name as the D.C. suspect. The Capitol gunmen is allegedly Larry Russell Dawson. Lafayette's was John Russell Houser. Origin of the name Russell is from the transferred use of the surname derived from the Old French roussell (red-haired), from rous (red). The name, which arose as a nickname for someone with red hair, or even "little red one," was brought to England by the Normans.]

The Antioch hatchet attack and air pistol shooting resulted in the death of the attacker, Vincente David Montano, and the injury of three patrons of the theater.

The 2015 event took place at the Carmike Hickory 8 Cinema in Antioch, Tennessee, around 1:15 p.m. The gunman at the Hickory Hollow Cinema, Montano was allegedly armed with a hatchet, pepper spray, an Airsoft gun, and a fake bomb. He reportedly was wearing a surgical mask. He was shot dead by a SWAT team as he exited through the theater's rear door. The Carmike Hickory 8 Cinema and Hickory Hollow Cinema are references to Andrew "Old Hickory" Jackson. See more here.


Antioch is a community in southeast Nashville, Tennessee.

There have been other modern incidents of violence at Antiochs. See here.
Posted by Loren Coleman at 2:47 PM

The header he used for his Facebook page depicts someone kneeling.