A Wave of September Shootings 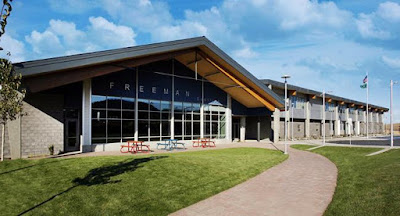 Several people were shot, with one dying, in a school shooting as the 2017 school year went into its first month.

On the morning of Wednesday, September 13, 2017, a school shooting occurred at Freeman High School in the tiny town of Rockford, about 26 miles south of Spokane near the Idaho border. The address is 14626 South Jackson Road, about 12 miles south of the Spokane Valley.

Rockford is a town in Spokane County, Washington, United States. The population was 470 at the 2010 census. Rockford was first settled in 1878 by D.C. Farnsworth. The town took its name from a rocky ford on Rock Creek. Rockford was incorporated as a town in 1890.

"I was putting my backpack away and I heard a loud pop, and I turned around. He was walking around," Elisa Vigil, a 14-year-old freshman, told the Spokesman-Review.

One student who had engaged the shooter in a struggle died at the scene and three others were taken to a local hospital and were expected to survive. The shooter was reported to be armed with an AR-15 rifle and a handgun. 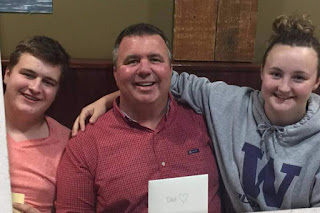 Sam Strahan pictured with his late father, Scott, and his sister, Emily.

The Spokesman was the first to name the fatal victim as Sam Strahan. 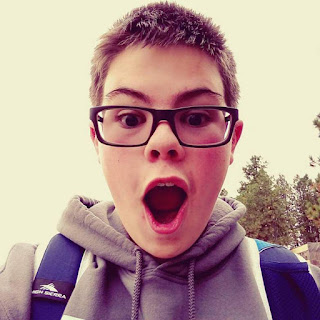 The suspect, Caleb Sharpe, named as the alleged shooter, was said to be "nice and funny and weird." He was apprehended and remained in custody.

A sophomore, Michael Harper, 15, at Freeman High School told the Associated Press that Sharpe “had long been obsessed with past school shootings.”

Michael Harper told the Spokesman that Sharpe was “weird. And he loved the show Breaking Bad.”

On Instagram, Sharpe goes by the moniker Walrus Meat. On June 21, 2017, Sharpe wrote that Netflix’s controversial series about suicide, 13 Reasons Why was the “Best show on Netflix.”

Recently, the suspect had shared a note with some friends saying that he "was going to do something stupid."

The Dawson College shooting occurred on September 13, 2006 at Dawson College, located in downtown Montreal, Quebec, Canada. The shooter, Kimveer Gill, began shooting outside the de Maisonneuve Boulevard entrance to the school, and moved towards the atrium by the cafeteria on the main floor. One victim died at the scene, while another 19 were injured, eight of whom were listed in critical condition, with six requiring surgery. The shooter later died by suicide, by shooting himself in the head, after being shot in the arm by a police officer. He appeared to be targeting female students.

On Tuesday, on September 12, 2017, a middle aged son of his mother who was in the ICU at Dartmouth-Hitchcock Medical Center, Lebanon, New Hampshire, breached security, walked in and allegedly shot her four times, killing her. 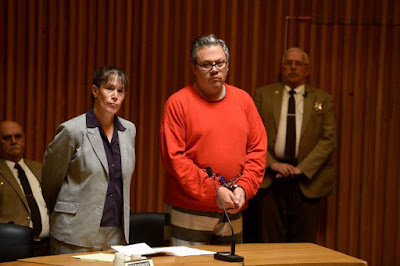 Travis Frink, of Warwick, Rhode Island, stands with his attorney, Public Defender Rebecca McKinnon, during his arraignment in Grafton County Superior Court in North Haverhill, New Hampshire, on Sept. 13, 2017. Frink, 48, is charged with first-degree murder in the death of his 70-year-old mother, Pamela Ferriere, on Tuesday in the intensive care unit at Dartmouth-Hitchcock Medical Center in Lebanon, New Hampshire.

Football Sunday was the time frame for another mass shooting. 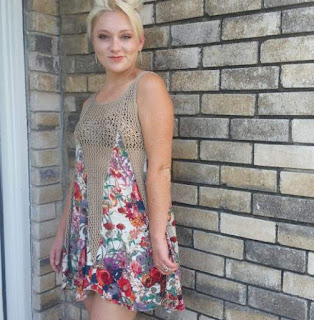 “She was a cook, and a quite fine one, and she loved hosting friends and families,” her mother, Debbie Lane, told Dallas-based WFAA. “This was her first opportunity to do it after the divorce, and he didn’t take it well.” 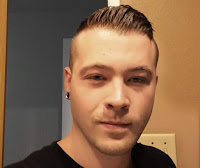 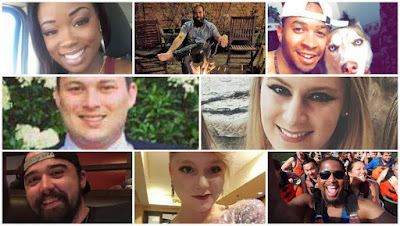 According to the Plano Police Department, Hight’s estranged husband, Spencer Hight, opened fire on Hight and her friends around 8 p.m. When officers arrived at the residence after reports of gunshots, they found seven people fatally shot and two others injured. One person died later in the hospital. Hight’s husband was killed by an officer at the scene, bringing the death toll to nine. All the victims were in their mid-20s to early 30s.

The shooting happened about 8 p.m. Sunday in the 1700 block of West Spring Creek Parkway, near Custer Road.

The Plano incident ranks as the deadliest mass shooting of the year, matched only by another domestic violence shooting that occurred over the Memorial Day weekend. Neither crime received sustained media attention, despite the death tolls.

On Saturday, May 27, 2017, Sheena Godbolt was at her mother’s house in Brookhaven, rural Mississippi, also having a cookout and enjoying time with her family. She had left her husband, Willie Cory Godbolt, a few weeks earlier. He showed up at the house, and allegedly opened fire, killing her mother, her older sister and aunt, and a deputy who responded to the scene. 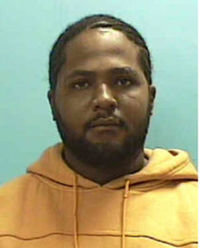 Godbolt (pictured above) then drove to two other houses where he allegedly killed other members of his wife’s family. By the end of the night, eight people were dead. He is currently awaiting trial. 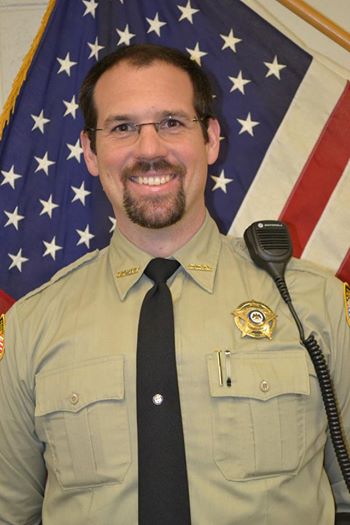 The Mississippi spree shootings ended with the death of Lincoln County Sheriffs' Deputy William Durr who was killed in the line of duty on May 28, 2017.

In Texas and Mississippi, in both incidents, eight people were killed. In Texas, the final death toll was to nine when the police killed the gunman.