Another Musician Dies By Hanging

No human is less important than any other. All are equal. Another musician has died by self-inflicted hanging. 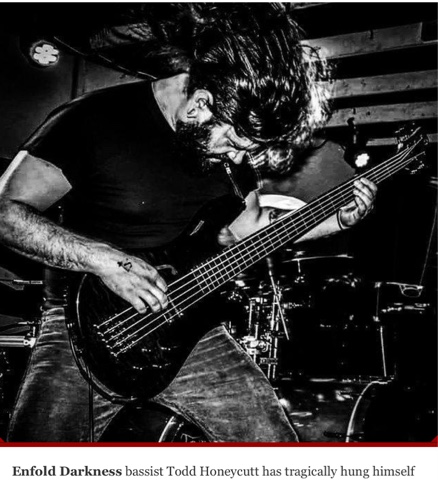 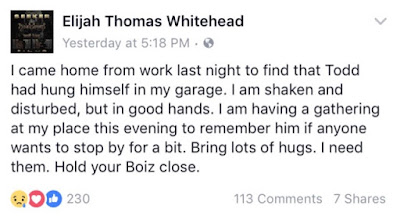 Enfold Darkness bassist Todd Honeycutt has tragically hanged himself on August 31, 2017, at the age of 30. 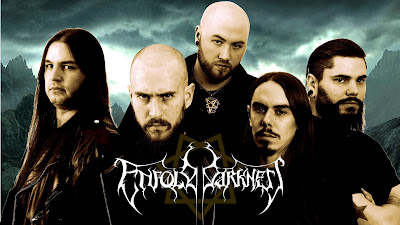 From the tweet from his bandmate, it is known that Honeycutt took his own life in the garage of Enfold Darkness guitarist Elijah Whitehead.

Speaking on the situation as well is The Artisan Era owner, the band's label, Malcolm Pugh, who had some touching words about getting help and life itself.

You breathe borrowed air and you live in borrowed flesh. The other side is an unknown experience, void of realistic conception despite science and myth. We sit here and read each other's fake lives on a screen while we lose touch with one another in such away that most of us feel as if we are alone sitting next to other people. Embrace your neighbor while you can. This goes for the people that struggle and the ones that watch.


Honeycutt played bass on Enfold Darkness’s most recent album, Adversary Omnipotent, released earlier in 2017, and on “The Dirge of the Surrogate Invictus” single from 2015, although James Turk had been playing bass with the band at recent live appearances. Honeycutt also played in the band Garotte.

Enfold Darkness was formed in Nashville, Tennessee in 2005. It is described as Black/Death Metal. Their current label is The Artisan Era. 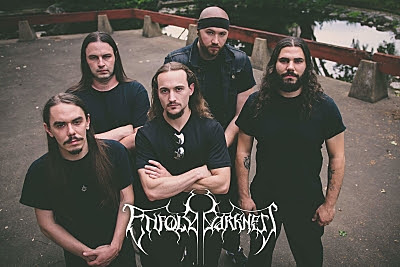 Who could ever possibly have predicted that a pseudo-tough Death Metal aficionado would voluntarily embrace death? I just don't understand, I guess.

Oh well, everybody enjoy the absurd posturing, while it lasts.

You missed a significant one: British group Badfinger, who were the first band signed by the Beatles' Apple label, and had a string of hits in the early 70s. BOTH their frontmen, Pete Ham and Tom Evans, took their lives by hanging, in 1975 and 1983, respectively.