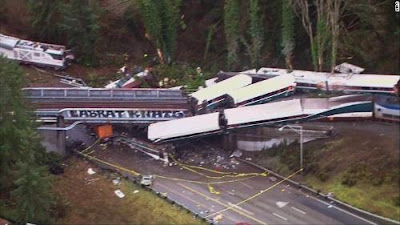 There was an unfortunate Amtrak passenger train accident on Monday, December 18, 2017, when cars came off the tracks near DuPont, Washington. Three fatalities resulted, with over 100 injuries. 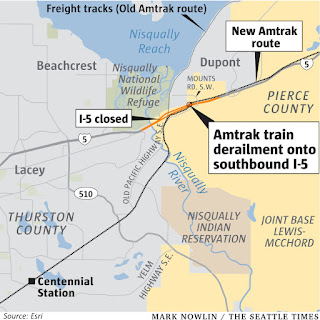 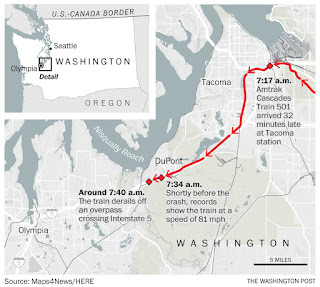 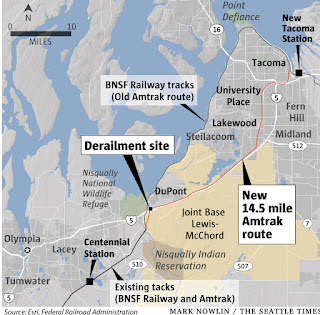 The straight facts, from Wikipedia, are these:


On December 18, 2017 [at 7:33 or 7:34 AM local time], Amtrak Cascades passenger train 501 derailed near DuPont, Washington, United States. It was the inaugural southbound revenue service run on the Point Defiance Bypass, a new passenger rail route south of Tacoma, Washington. The bypass was intended to reduce congestion and separate passenger and freight traffic, and was designed for faster speeds and shorter travel times (from Seattle to Portland about ten minutes less) than the previous route used by Cascades.
The lead locomotive and all twelve cars derailed while approaching a bridge over Interstate 5 (I-5). The trailing locomotive remained on the rails. A number of automobiles on southbound I-5 were crushed and at least three people on board the train died. The train derailed a short distance from where the new route merges with the previous route.

I don't need to write a lot about the syncs with this crash, as Andrew W. Griffin at Red Dirt Report already has written down his thoughts on this event, here, in the broader context of other dots that have presented themselves to be connected. 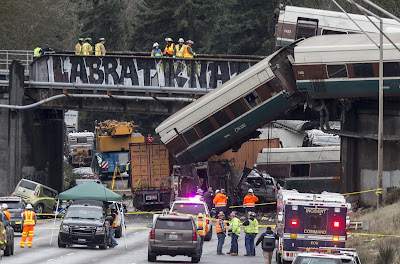 For more on the "LABRATS KNATS" at the derailment site, see here. 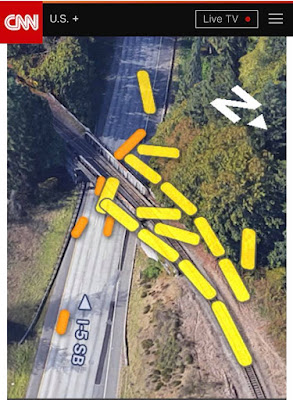 Returning to the hint of Mothman Math in this accident (13 off the track), it is intriguing that Andrew W. Griffin sync-mind is set off by something he is watching on TNT. And the TNT area in Point Pleasant was where the Mothman was first seen the most often, in 1966.

Now it comes to light that this wreck didn't happen just "near Tacoma," but more exactly, in DuPont, Washington State, which takes its name from the chemical company. E. I. du Pont de Nemours and Company, commonly referred to as DuPont, is an American conglomerate that was founded in July 1802 as a gunpowder mill by American chemist and industrialist Éleuthère Irénée du Pont. On August 31, 2017 it merged with The Dow Chemical Company to create DowDuPont Inc., the world's largest chemical company in terms of sales.

What item was manufactured with some frequency in DuPont, Washington? Dynamite. What explosive is most associated with the appropriately named "TNT area" of Point Pleasant, West Virginia? Dynamite. 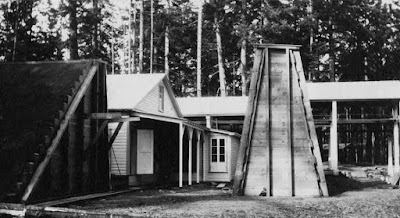 DuPont, Washington, located on the Puget Sound 15 miles south of Tacoma, was an important explosives plant and a premier company town. Construction of the plant took three years, with the first dynamite produced in the fall of 1909. Source.

One of the lesser known historical tidbits about DuPont, Washington is the "Dynamite Train."

During its operation, the DuPont Company had a fleet of narrow-gauge locomotives and rail cars to deliver materials and explosives between the old DuPont Powderworks Plant and the Puget Sound. When the DuPont Company sold the plant and surrounding property in 1977 to Weyerhaeuser, the fleet of locomotives, flat bed and boxcars were included with the sale. In the same year, the DuPont Historical Museum opened. Members began the task of retrieving artifacts and oral history accounts to preserve DuPont’s unique history. In the early 1980s, residents organized a grass roots effort to rescue a 1941 Plymouth 12-ton engine along with 5 other rail cars from Weyerhaeuser. It is the particular train locomotive that navigated the line, which resides under the Train Canopy. Source. 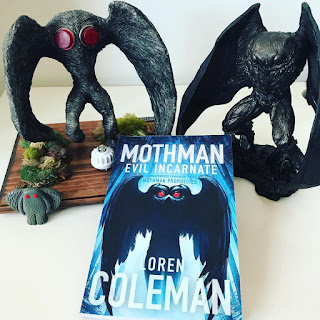 The Silver Bridge collapsed happened 50 years ago on December 15, 2017.

I found this event to be very symbolic. A crazy train going off the rails. Perhaps a foreshadowing of a market collapse.