Bruce McArthur, who is charged with five counts of murder and is alleged to have hidden some victims' remains in planters around Toronto, served as Santa Claus at Agincourt Mall in the Scarborough, Ontario neighborhood of the city. 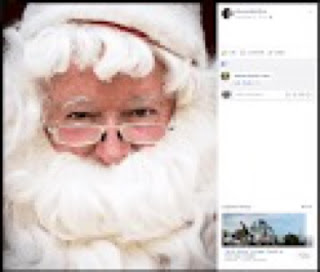 Arrested in January, Toronto police said on February 8, 2018, they’ve recovered the remains of at least six people from planters on a property connected to alleged serial killer Bruce McArthur.

The remains found on property McArthur used as storage in exchange for doing the landscaping, included some from one of the five men McArthur is already charged with killing, Andrew Kinsman.

McArthur was arrested Jan. 18 and charged with two counts of murder in connection with the disappearances of Kinsman and Selim Esen, two men last seen in what the media terms the “Gay Village” district of Toronto. Not long after that, he was charged with the murders of three more men and police said they were on a wide search for other possible victims. The suspected serial killer was a mall Santa. 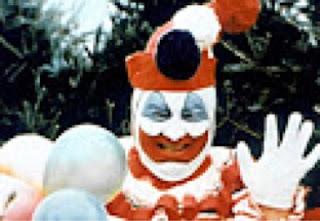 McArthur "was hired through an event management company who provides various forms of entertainers including Santa to many events throughout the (Greater Toronto area)," a statement from the mall said. 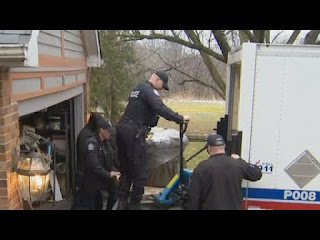 Thomas Donald Bruce McArthur (b. October 8, 1951) is an alleged Canadian serial killer. As of February 2018 the self-employed landscaper is charged with five counts of first-degree murder in the deaths of missing men from Church and Wellesley, Toronto's gay village.
Police have found human remains of several men in private gardens, where McArthur has worked as a landscape gardener. So far, the investigation has shown that he found many of his alleged victims through online dating apps for men who have sex with men, stating that he wanted to meet submissive men. His alleged victims were predominantly gay men of South Asian or Middle Eastern origin.

McArthur was first charged on 18 January 2018 with the murder of 49-year-old Andrew Kinsman and presumed death of 44-year-old Selim Esen. Both men went missing in 2017. On 29 January 2018, Toronto police laid three more first-degree murder charges against McArthur related to the disappearances of Majeed Kayhan, 58, and Soroush Mahmudi, 50, as well as the death of Dean Lisowick, 43-44, who had never been reported missing.

On February 8, 2018, the Toronto police recovered the remains of at least six people at a home on Mallory Crescent, where McArthur stored some of his landscaping equipment. At least some of the remains have been identified as belonging to Andrew Kinsman. Human remains were also found in planters at a Leaside home. Police believe there are more victims. Police said they were combing through five properties, four in Toronto, one in Madoc, all related to McArthur. Source. 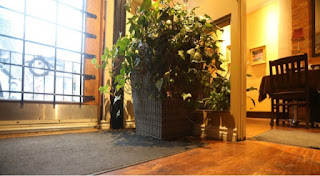 The name McArthur is Scottish. It is an Anglicized form of Gaelic Mac Artair, a patronymic from the Gaelic form of the personal name Arthur. The name Arthur is an English name, from the Roman clan name Artorius, meaning "noble, courageous."

Artorius is thought by some to have a purely Latin derivation, translating the name as "plowman." Such an etymology seems unlikely as the Latin word for "plowman" was arātor, not *artor (in fact a gentilic name potentially derived from arātor, Arātrius [also an epithet of Jupiter], is attested in inscriptions from Aquileia, Altinum, Pola, and Montefalcone; compare, too the word arātōrius "fit for ploughing," used of oxen and fields). 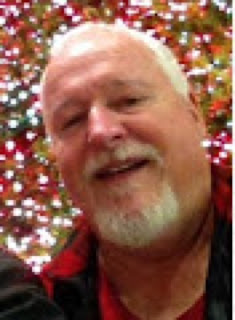 "Gay Village's" Unsolved Serial Killer Cases
There is some speculation that Bruce McArthur alleged serial killing activity could have started in the 1970s, and old cases are being investigated. The following was published as an overview of those unsolved files, as they are similar to Toronto's current killings. 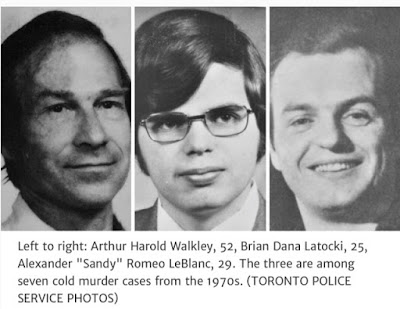 Feb. 18, 1975: Police attended the apartment of Arthur Harold Walkley, 52, in response to a 911 call at 3:50 a.m. that day. His roommate discovered his naked body, stabbed several times in the back and chest, though no knife was ever recovered by police. His wallets and credit cards were stolen during the attack on Borden St. near Bloor St. W. Walkley, a part-time University of Toronto lecturer, died shortly after arriving in hospital. Dec. 20, 1975: Frederick John Fontaine was 32 when he died. Fontaine was found in the washroom of the St. Charles Tavern, a former bar with a landmark clock tower, popular in the early days of Toronto’s Gay Village. Officers attended the scene about 9 p.m., and found the CBC technician suffering from blunt force trauma. He died several months later in hospital, on July 15, 1976. Feb. 11, 1976: Forty-two-year-old painter and decorator James Douglas Taylor was found beaten with a baseball bat in his North York apartment near Yonge St. and Sheppard Ave. He was also robbed. Neighbours told police at the time that a pickup truck was seen at the house, where he lived alone. Sept. 20, 1976: Police discovered the body of James Stewart Kennedy, a federal income tax employee, at 8 a.m. on a Monday. The 59-year-old was strangled with a bath towel and suffering from blunt force trauma in his Jarvis St. apartment. He was dead by the time police arrived. Jan. 25, 1977: Described in some media coverage as “shy and new on the gay scene,” 25-year-old Brian Dana Latocki, a financial bank analyst, was found tied to a bed in his apartment, strangled, and stabbed to death. Police responded to the scene on Erskine Ave., near Mt. Pleasant Rd. and Eglinton Ave. E., at 9:40 a.m. that day. The night before he was killed, he was last seen leaving the St. Charles Tavern. Sept. 20, 1978: Perhaps one of the most high-profile deaths was of club owner Alexander “Sandy” Romeo LeBlanc, 29. He was found at 7:20 p.m., stabbed more than 100 times from head to foot. “As police walked around the body, the carpet squished from the sound of absorbed blood, and bloody footprints led to an open window,” Robin Hardy wrote in 1979. Despite attempts to resuscitate him, LeBlanc was pronounced dead in his apartment on St. Joseph St.Nov. 28, 1978: Just after 2 p.m. that day, police responded to a “check address” call for a resident near Bathurst St. and St. Clair Ave. Inside an apartment, they found William Duncan Robinson, 25, dead from stab wounds. His sister made the call to police after he didn’t show up to work for two days. At the time, police believed he may have gone to a gay bar in the Yonge and College Sts. area, and returned home with the killer. A neighbour reported hearing a “strange hollow sound” coming from his apartment. Source.