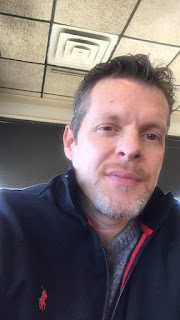 On February 10, 2018, at 3:33 pm in McKenzie Branch, Kentucky, the Johnson County Sheriff's Department was called to a home. Arriving there, the deputies found two people dead in the kitchen, killed by gunshot wounds.

A witness said the suspect, named Joseph Nickell (photo above), had fled in a black Toyota Camry.

A search was begun, involving the Kentucky State Police and the Paintsville Police Department. Due to a tip, the law enforcement officers went to a Mill Street house in Paintsville, Kentucky, about 10 miles south of the first site. At that home, the police found three bodies, one of which was Joseph Nickell. The victims have been identified as Nickell’s parents, James and Arlene Nickell, who were killed in McKenzie Branch, located near Flatgap, Kentucky. Those killed in Paintsville have been named as Lindsey Vanhoose and her mother, Patricia Vanhoose. Source.

Nickell identified himself as a cosmetologist and hair stylist. Nickell’s sister, Rebekah, died in August 2017. According to her Facebook page, Rebekah Nickell had been working as a marriage and family counsellor at the Faith Counseling Center in Betsy Layne, Kentucky. Rebekah attended Lindsey Wilson College and Liberty University. Like her brother, Rebekah was a native of Paintsville. Nickell's girlfriend, Lindsey Vanhoose had been accused of pushing Rebekah down the stairs the day before her death. The following day, after complaining of a headache, Rebekah died after taking a nap. No autopsy was ever done as Nickell’s mother had Rebekah “buried immediately.” Source. 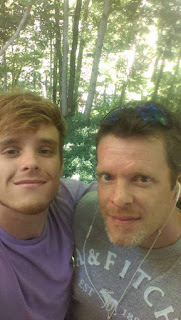 Joseph Nickell (the shooter, on the right) and his son, Joseph Nickell, on the left, who was not involved in the murder-suicide.

The name Nickell is based on the given name Nicholas. Nicholas derives from the Greek Nikolaos, which is made up of the words nikan, meaning "to conquer," and laos, meaning "people."

The Nickell family under discussion apparently has ancestors from Ireland.

I happen to know another "Joseph Nickell," whose live entwines with nearby Liberty, Kentucky. Kentucky appears to be Nickell territory. It is a small world. 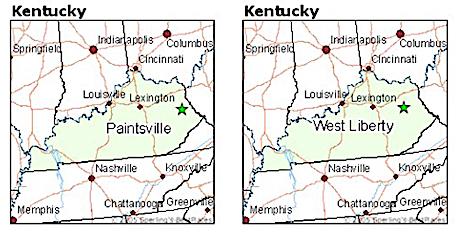 Joe Nickell, Ph.D. is a Senior Research Fellow of the Committee for Skeptical Inquiry (CSI) and identifies himself, via his Twitter profile, as: "Former magician, private eye, uni teacher; author & world's only full-time professional paranormal investigator." 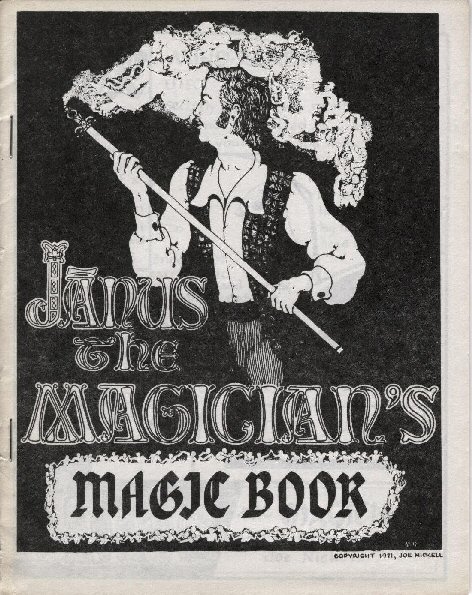 Joe Nickell's parents were significant community members of Morgan County, Kentucky. His mother, Ella Kathleen, was a bookkeeper and high school valedictorian, and his father, Joe Wendell Nickell, a postmaster and amateur magician. Several genealogy and local history books were written and published by Ella and Wendell Nickell. 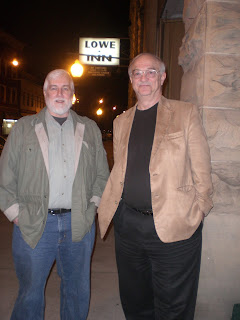 I have worked closely with this modern edition of Joe Nickell (pictured on the right), and despite supposedly being from opposite sides of the spectrum in cryptozoology and unexplained investigations, we have mutual respect. Nickell wrote a column about our relationship on the CSI (now CI) website, April 12, 2011, entitled "Well Met: Loren Coleman."

While talking to Nickell (as well as coincidentally once in Nova Scotia with UFO author/researcher Stan Friedman), I discovered Nickell-Friedman-myself had overlapping histories regarding the Vietnam era draft, adoptions, and our children. Nickell has captured some of this in his biography published variously, online:

In late 2003, Nickell reconnected with his college girlfriend, Diana G. Harris, and learned he had a daughter, Cherette, and two grandsons, Tyner and Chase. Harris and Nickell married in Springfield, Illinois on April 1, 2006. Harris has assisted Nickell in his investigative work. Cherette had always been told that her biological father was her mother's first husband, although she questioned the lack of family resemblance. On her wedding day, one of the guests mentioned that her parents weren't married when she was conceived. Later Cherette asked her mother about her father and sensed an equivocation in the answer. More conversations with her mother and a DNA test proved that Nickell was her father. Nickell used his daughter's claim that her search was the result of an intuition as the basis for an article on the unconscious collection and processing of data. Nickell concluded, "Cautions notwithstanding, I must admit to a new appreciation of intuition, without which I would not have known of my wonderful daughter--and two grandsons."


How Joe Nickell, the CSI writer, is related to Joseph Nickell, the gunman, is unknown. But the Nickell's Name Game is alive in Kentucky, that's for sure. My intuition tells me so. 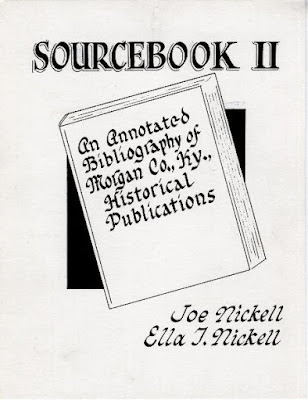