UFOs In Her DNA 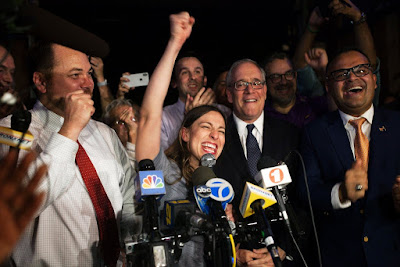 Biaggi entered politics with an internship for Representative Joseph Crowley (D-NY). She went on to work at the Kings County D.A.’s Office, the U.S. Attorney’s Office for the Southern District of NY, the Presidential Succession Clinic at the John D. Feerick Center for Social Justice as an editor, and the NYS Governor’s Office of Storm Recovery as Assistant General Counsel.

In early 2015, Biaggi was offered a position on the vetting team of the Hillary Clinton campaign. On April 1, 2015, her official title on the campaign became Deputy National Operations Director. 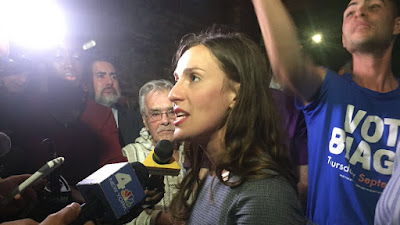 On Thursday, September 13th, Alessandra Biaggi's, as the New York Times noted, "high-profile casualty was Senator Jeffrey D. Klein of the Bronx, the former head of the I.D.C. In that role, he was for years one of Albany’s most powerful players, sharing leadership of the chamber with his counterparts in the Republican conference and participating in the state’s secretive budget negotiations." 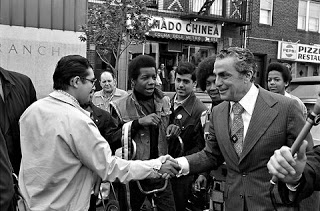 Her father's father is former Congressman Mario Biaggi, who died at the age of 97. The date he passed away - June 24 - in 2015 - is one of the most significant in ufological history. It is the date that marks the beginning of the "modern era of flying saucers," June 24, 1947.

Mario Biaggi was involved in the "UFO disclosure" movement, and was once pictured on the cover of Ideal's UFO MAGAZINE, December 1978, Number 4. Within the periodical, there appeared the following, "Interview: Mario Biaggi 'There Is A UFO Cover-Up By The Government.'"

What surprises are in store for the electorate from Alessandra Biaggi? Stay tuned.

For a complete list of those who might be associated with the UFO field who died on June 24ths, see here.