A New Paradigm: Awash in Shootings 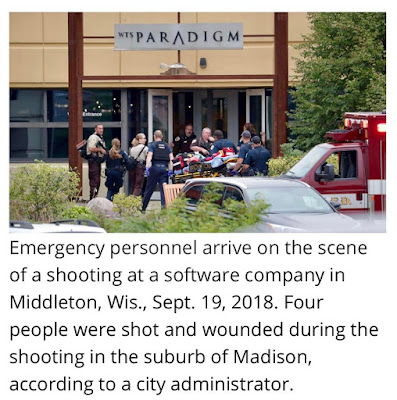 One of those "experts" on CNN on Thursday, September 20, 2018, talking about the latest shooting, this one in Maryland, said that we are dealing with a "new paradigm."

This paradigm, of course, is that we are use to mass shootings on almost a daily basis. Needless to say, you heard about this paradigm shift beginning long ago, in books like The Copycat Effect (Simon and Schuster, 2004).


The remarkable coincidence is that on Wednesday, September 19, 2018, a shooting that took place was at a software office in Middleton, Wisconsin named "WTS Paradigm." Four employees were shoot and the gunman, an employee, was killed. 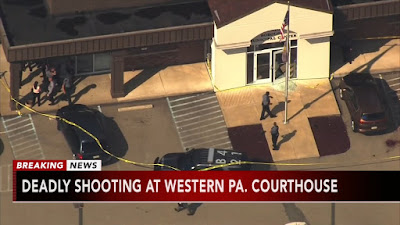 Elsewhere, four people including a police officer were shot after a man opened fire Wednesday, September 19, 2018, in the lobby of municipal building near a judge's office in Masontown, Pennsylvania. The suspected gunman was also shot and killed by an officer at the scene. The suspect had a protection of abuse order against him in regards to a domestic violence case. 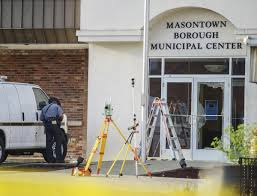 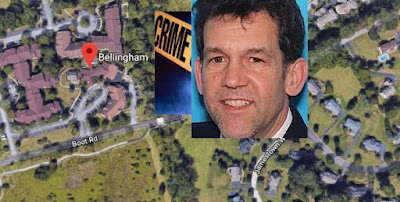 Bruce Rogal, 59, of Glenmore in Chester County, Pennsylvania, was upset that his ex-wife had been awarded their home in their divorce on September 19th. Rogal first went to the house the two shared in West Bradford Township at 5:45 p.m. and shot at his ex-wife six times as she changed the oil in a car in her driveway. The ex-wife ran down the block, dodging at least five bullets.

Rogal then drove to his parents' Bellingham Senior Living Center on East Boot Road, in nearby East Goshen Township at 6:15 p.m. and shot them dead, police said. William and Nancy Rogal were both in their late 80s.

State police began to pursue Rogal around 1 a.m. Thursday after he drove along Strasburg Road, near the Pennsylvania State Police barracks. The police pursued him for about 3-1/2 miles into the neighborhood where Rogal's ex-wife lives.

Rogal crashed into his ex's home, then exchanged gunfire with the troopers. It was unclear if Rogal shot himself or was shot by police. First aid was rendered on the scene but Rogal was dead. No troopers were hurt. 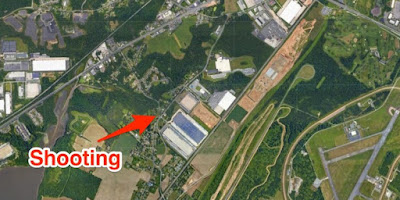 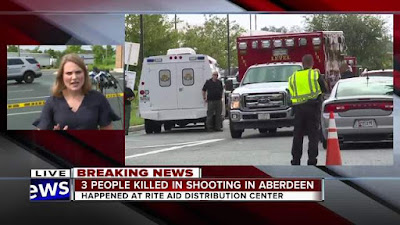 On September 20, 2018, three people at a Rite Aid distribution center were killed by a female suspect in Aberdeen, Harford, Maryland, United States. The shooting occurred 30 miles northeast of Baltimore. 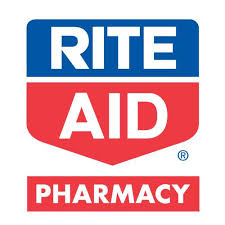 Deputies responded to reports of shots fired at 9:09 am EDT. Officers reportedly never discharged their weapons while responding to the scene. Agents from the Baltimore offices of Bureau of Alcohol, Tobacco, Firearms and Explosives and the FBI responded to the scene. The suspected shooter was admitted to the hospital, and officials did not immediately identify the suspect.

These incidents set up some intriguing syncs and links.

"Paradigm" in Middletown. To Masontown to Bellingham.

His family moved often because his father, a chemist and mathematician, worked in the defense industry. After a time in Florida in the 1940s, the family returned to Maryland, where Zappa's father worked at the Edgewood Arsenal chemical warfare facility of the Aberdeen Proving Ground. Due to their home's proximity to the arsenal, which stored mustard gas, gas masks were kept in the home in case of an accident. This had a profound effect on Zappa, and references to germs, germ warfare and the defense industry occur throughout his work.
Zappa was often sick as a child, suffering from asthma, earaches and sinus problems. A doctor treated his sinusitis by inserting a pellet of radium into each of Zappa's nostrils. At the time, little was known about the potential dangers of even small amounts of therapeutic radiation, and although it has since been claimed that nasal radium treatment has causal connections to cancer, no studies have provided significant enough evidence to confirm this.
Nasal imagery and references appear in his music and lyrics, as well as in the collage album covers created by his long-time collaborator Cal Schenkel. Zappa believed his childhood diseases might have been due to exposure to mustard gas, released by the nearby chemical warfare facility. Source.