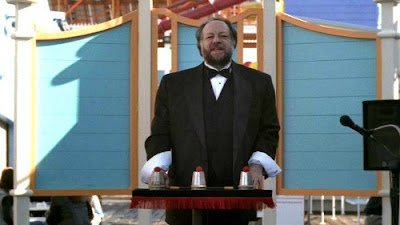 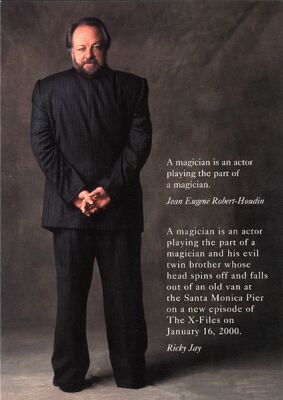 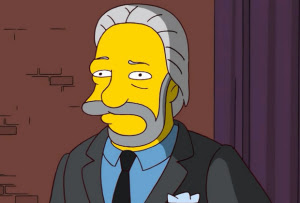 Narrator, actor in Magnolia. Actor in X-Files. And more.

See my Mysterious America for more about Ricky Jay. 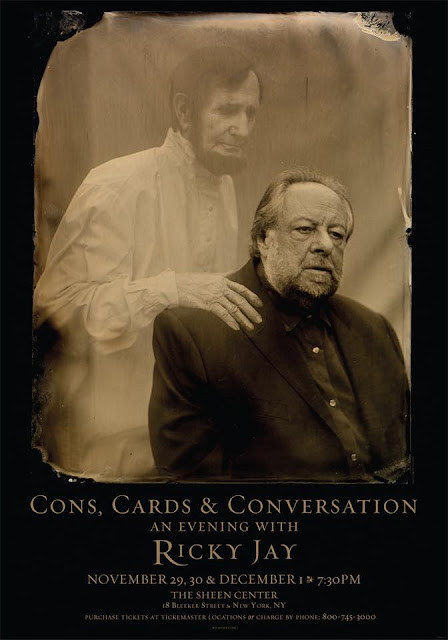 Richard Jay Potash (June 26, 1946 – November 24, 2018), known professionally as Ricky Jay, was an American stage magician, actor, and writer. In a profile for the New Yorker, Mark Singer called Jay "perhaps the most gifted sleight of hand artist alive". In addition to sleight of hand, Jay was known for his card tricks, card throwing, memory feats, and stage patter. He also wrote extensively on magic and its history. His acting credits included the films The Prestige, The Spanish Prisoner, Mystery Men, Heist, Boogie Nights, Tomorrow Never Dies, House of Games, and Magnolia, and the HBO series Deadwood. In 2015 he was the subject of an episode of PBS' American Masters, making him the first (and to this date only) magician to have ever been profiled in that series. Wikipedia.