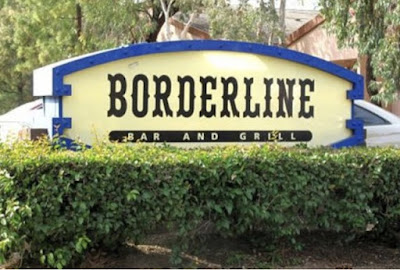 At about 11:20 pm Pacific, Wednesday, November 7, 2018, a trench coat-wearing individual began shooting at dancers in the Borderline Bar and Grill. The establishment is located at 99 Rolling Oaks Drive, Thousand Oaks, California (well-known as the setting for many Hollywood movies). Borderline is a country and western music bar, and it was "college night." And "singles night." (Was this an "incel" target?)

The white male suspect was said to be dressed in a dark sunglasses, a black coat, and a beard. He had a hoodie or a hood over his head too. He fired approximately 30 rounds and throwing smoke bombs. 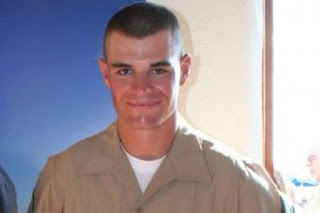 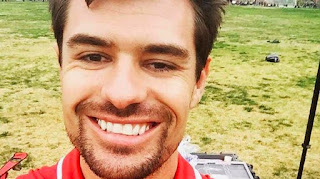 Within minutes, police responded, and the gunman was found deceased. He is reported to be 28 years old, and has been identified as former Marine, who served in Afganistan, Ian David Long of Newberry Park, California. He was armed with a Glock. 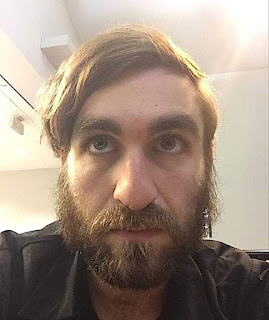 This photo is being circulated on non-American sites as Ian David Long. I'm not sure it's a match. 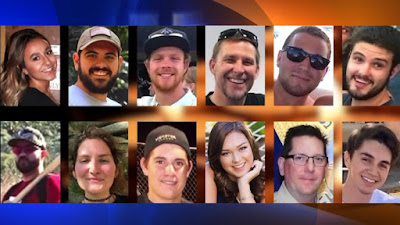 Reportedly, Long used his mother's car to drive to the bar.

Eleven people in the bar were killed, and one police officer, a Ventura County sheriff's deputy Sgt Ron Helus, was also killed. The number thus totals 13, including the shooter. 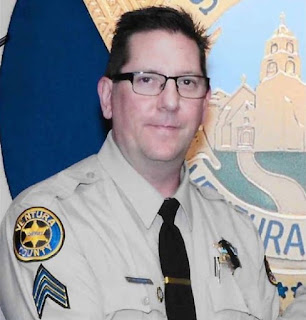 Helos (Ancient Greek: τὸ Ἕλος, meaning "marshland" or "swamp"), was a town of ancient Laconia, situated east of the mouth of the Eurotas, close to the sea, in a plain which, though marshy near the coast, is described by Polybius as the most fertile part of Laconia. Thanassis V. informs me that Helus is most probably from helos = swamp.

The event, a dance party involved local college crowds, and included informal gatherings of the survivors of the 10.1.2017 mass shooting at the Las Vegas Route 91 Harvest Festival concert.

Another Greek angle is that 27 year old Telemachus Orfanos (=orphan) is one of the California victims. He was wounded in the Las Vegas massacre last year but survived. Telemachus (literally "far-fighter") was the son of Odysseus and Penelope, and a central character in Homer's Odyssey. The first four books of the Odyssey focus on Telemachus's journeys in search of news about his father, who has yet to return home from the Trojan War, and are traditionally given the title the Telemachy. ~ Thanassis V. 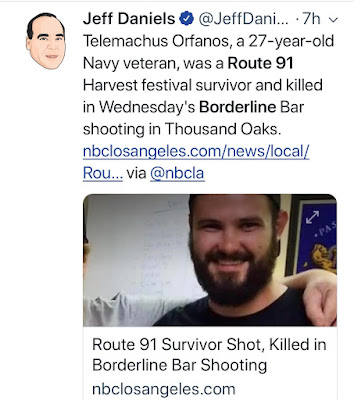 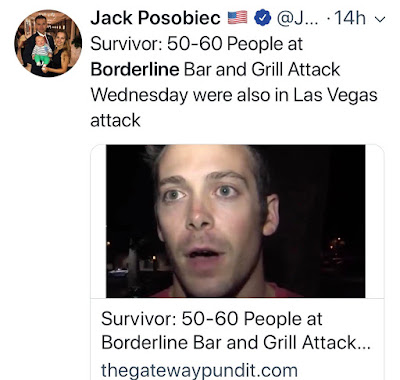 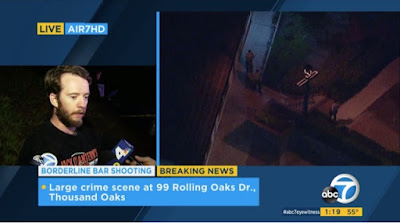 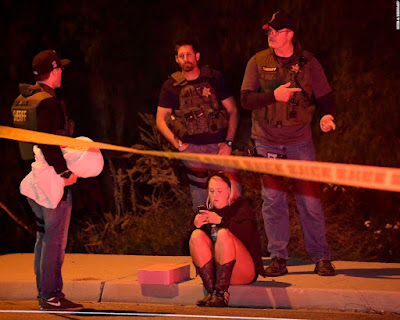 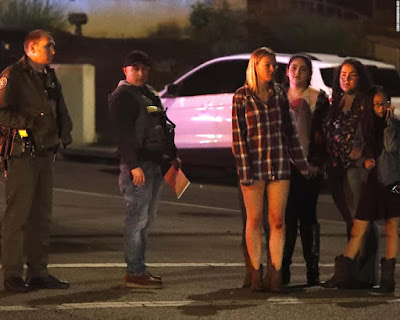 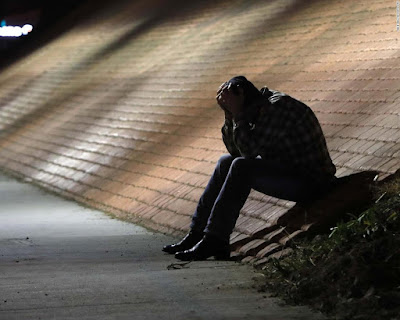 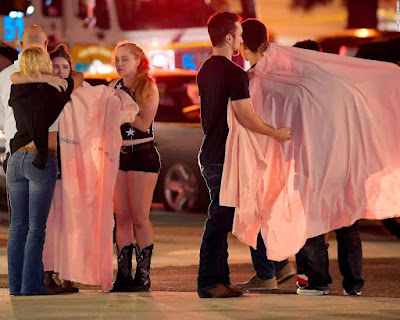 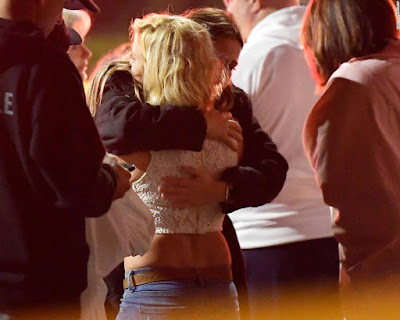 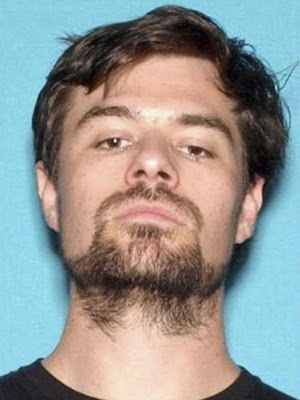 Various theories for why the Thousand Oaks shooting occurred came via social media within minutes of the news.

A neighbor of Long claimed that he suffered from posttraumatic stress disorder as a result of his time in the military, and that they had "no idea what he was doing with a gun." Some felt that he had "picked" the Borderline Bar and Grill because he suffered from Borderline Personality Disorder.

That night at the bar was "singles nights."

Long, before he graduated from high school, it was revealed after the shooting, allegedly assaulted his high school track coach. 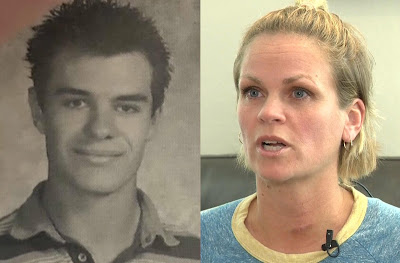 Dominique Colell kept it quiet because the other coaches did not want her to ruin Long's chances in the Marines.

“He attacked me. He attacked his high school track coach,” said Colell. “Who does that?”
For the former Newbury Park High School track coach this day has been full of emotions — from sadness to guilt. Because she never filed charges against Long after she says he assaulted her his senior year.
Colell says it happened during practice when someone found a phone and she was trying to figure out who it belonged to.
“Ian came up and started screaming at me that was his phone,” said Colell. “He just started grabbing me. He groped my stomach. He groped my butt. I pushed him off me and said after that — ‘you’re off the team.’ ”
But Colell says she was encouraged by other coaches and the school to accept an apology to not ruin his future in the Marine Corps.
“I should have reported it then,” said Colell.
And although she never would have predicted this, Colell says she doesn’t believe this is just a case of PTSD. She says Long had issues long before he was ever a Marine. ~ CBS Los Angeles.

Long had been living with his mother at the time. He reportedly had anti-social behavior.

Did Ian David Long think of himself as an incel? 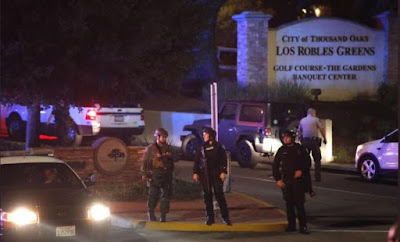 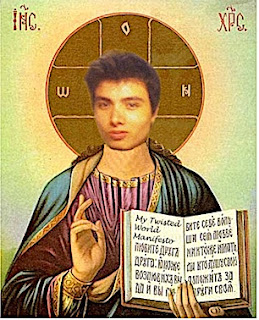 Into The Valley of Virgin Violence: The Incel Effect 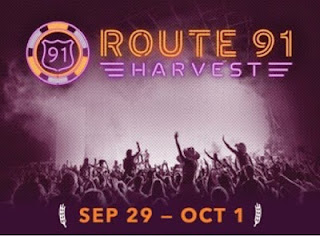 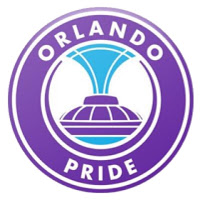 1. You started your previous post with a Christ- like icon.
One of the most usual depictions of Jesus in Eastern world can bee seen in the following link: Ἐγώ εἰμι.
The lines in the book read as: "I Am the Light of the World".

4. The "Thousand Oaks" shooting took place early morning in the daybreak of Thursday 8 November (local Greek time), day of Archangels' celebration according to the Eastern Calendar. Archangel Michael (who is identified as Jesus according to some Biblical interpretations), is also known as Angel of Death.

5. Crucifixion is enacted on (Maundy) Thursday's evening Rite according to the Eastern tradition. Jesus's limbs are fixed by nails - ἧλος (hēlos) is the exact word used in the Gospel.

6. ἧλος starts with a spiritus asper which is phonetically equivalent to hēlos/sēlos. Selloi "(...) were inhabitants of Epirus in ancient Greece, in a region between Dodona — site of the oldest reported oracle — (...) where in classical antiquity the rustling of Zeus's sacred Oak leaves were used for oracular purposes.