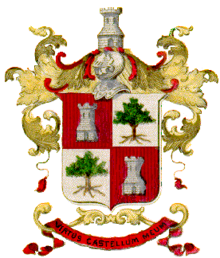 The name "Voorhees" is the anglicised form of "van voor Hees" which means from "before" or "in front of" Hees, a small village of about 9 houses and 50 inhabitants 1.25 miles (2 km) south of Ruinen. Hees (North German) = brush. Hees (Northern French; from old French, haisi) = brushy place. Voorhees = in front of a brushy place.

The most famous early "Voorhees" was Steven Van Voorhees (1600 – February 16, 1684), a farmer and brewer, born in 1600 in Hees, a village in Drenthe, The Netherlands. In 1664, he was a magistrate of what is now Flatlands and founder of the Dutch Reformed Church in present-day Flatlands, Brooklyn, New York City, New York. Steven van Voorhees is considered the patriarch of a "pioneer family of Bergen County," and is considered the "founder," as well as the first American representative of the well-known Voorhees family line.

Among his namesakes is Voorhies Avenue in Brooklyn.


In August 1967, Gacy committed his first known sexual assault upon a teenage boy. The victim was a 15-year-old named Donald Voorhees, the son of a fellow Jaycee. Gacy lured the youth to his house with the promise of showing Donald pornographic films. Gacy plied Voorhees with alcohol and persuaded the youth to perform oral sex upon him. Over the following months, several other youths were sexually abused in a similar manner, including one whom Gacy encouraged to have sex with his own wife before blackmailing the youth into performing oral sex upon him. Several teenagers were tricked into believing Gacy was commissioned with carrying out homosexual experiments in the interests of "scientific research," for which the youths were each paid up to $50.
In March 1968, Voorhees reported to his father that Gacy had sexually assaulted him. Voorhees Sr. immediately informed the police and Gacy was arrested and subsequently charged with oral sodomy in relation to Voorhees and the attempted assault of a 16-year-old named Edward Lynch. Gacy vehemently denied the charges and demanded to take a polygraph test. This request was granted, although the results indicated Gacy was nervous when he denied any wrongdoing in relation to either Voorhees or Lynch.
Gacy publicly denied any wrongdoing and insisted the charges against him were politically motivated – Voorhees Sr. had opposed Gacy's nomination for appointment as president of the Iowa Jaycees. Several fellow Jaycees found Gacy's story credible and rallied to his support. However, on May 10, 1968, Gacy was indicted on the sodomy charge.
On August 30, 1968, Gacy persuaded one of his employees, an 18-year-old named Russell Schroeder, to physically assault Voorhees in an effort to discourage the boy from testifying against him at his upcoming trial. The youth agreed to lure Voorhees to a secluded spot, spray Mace in his face and beat the youth with the promise that if he did so, he would be paid $300. In early September, Schroeder lured Voorhees to an isolated county park, sprayed the Mace supplied by Gacy into the youth's eyes, then beat him, all the while shouting that he was not to testify against Gacy at his upcoming trial.
Voorhees managed to escape, and immediately reported the assault to the police, identifying Schroeder as his attacker. Schroeder was arrested the following day. Despite initially denying any involvement, he soon confessed to having assaulted Voorhees, indicating that he had done so at Gacy's request. Gacy was arrested and additionally charged in relation to hiring Schroeder to assault and intimidate Voorhees. On September 12, Gacy was ordered to undergo a psychiatric evaluation at the Psychiatric Hospital of the State University of Iowa. Two doctors had examined Gacy over a period of 17 days before concluding he had an antisocial personality disorder (a disorder which incorporates constructs such as sociopathy and psychopathy), was unlikely to benefit from any therapy or medical treatment, and that his behavior pattern was likely to bring him into repeated conflict with society. The doctors also concluded he was mentally competent to stand trial. 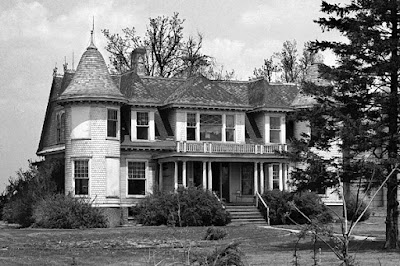 The Voorhies Castle is a Victorian home located in Voorhies, a small community 4 miles (6.4 km) south of Bement in Piatt County, Illinois. The "castle" has been the source of many tales of ghost appearances and hauntings. In the 1960s, I skeptically visited the site, investigated the location, experienced unusual audio activity, and felt a column of cold air in an upstairs internal room.

Jason Voorhees and his mother Pamela Voorhees, are the fictional killers in the Friday the 13th movies.
Posted by Loren Coleman at 7:56 AM