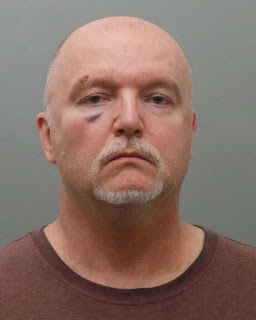 A Missouri man was arrested in connection with a heinous crime spree at a Catholic Supply chain store in St. Louis in which a female customer was fatally shot and at least one other woman was sexually assaulted, officials said.
Thomas Bruce, 53, is now in police custody on 14 charges including first-degree murder, sodomy, kidnapping, burglary, tampering with evidence and armed criminal action, according to the St. Louis County prosecuting attorney. 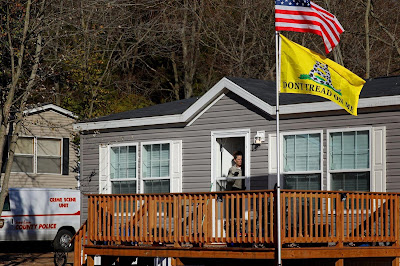 A St. Louis County police officer looks from a home on Wednesday, Nov. 21, 2018, as they investigate in the Quail Run mobile home park in Jefferson County. Photo credit by Christian Gooden.


Bruce worked as a pastor from about 2003 to 2007 for a few dozen people at Calvary Chapel of Cape Girardeau....
The chapel folded about 10 years ago....The Missouri Secretary of State’s office identifies Bruce as the operator of a nonprofit church that was formed in 2003 and dissolved in 2007....

On social media, Bruce was outspoken on politics and social issues. A supporter of President Donald Trump, he posted video from the president’s rally this month in Cape Girardeau, Mo., and frequently slammed Democrats and members of the GOP establishment who criticized Trump.
He has also retweeted comments expressing support for U.S. Supreme Court Justice Brett Kavanaugh and criticizing Kavanaugh’s accuser Christine Blasey Ford during the Senate judicial confirmation hearings in October. He also shared or wrote comments arguing for allowing fewer immigrants or refugees into the U.S., fewer restrictions on gun control and for a ban on abortion....

On his Twitter account, started in 2016, Bruce has mainly shared his views on politics, occasionally commenting on some prominent media personalities.
In one tweet, for example, he called commentator Ann Coulter “the smartest sexiest sweetest gal in the WORLD.” In another tweet, he said Fox News personality Jeanine Pirro has the “best damn legs” and also told Pirro she was a “1,000 times more sexy” than former White House aide Omarosa Manigault Newman.
In September, Bruce tweeted: “As an American male, I’ve often been accused of being obsessed with sex.” Source.


The captured suspect looks remarkably like the suspect from Indiana's 2017 Delphi murders. 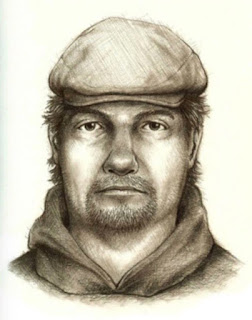 The Chicago shooting was followed shortly by a mass violence incident in St. Louis. Police reported that around 3:20 pm Monday, November 19, 2018, multiple sexual assaults and a shooting happened at the Catholic Supply store in a shopping center near the intersection of Manchester Road and Weidman Road in west St. Louis County, Missouri. 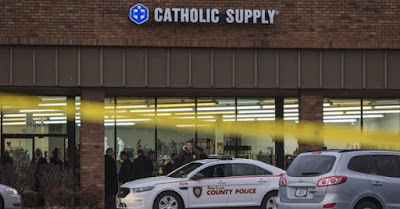 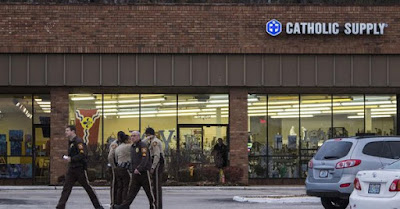 Note: The flag visible in the window is the City of St. Louis flag. 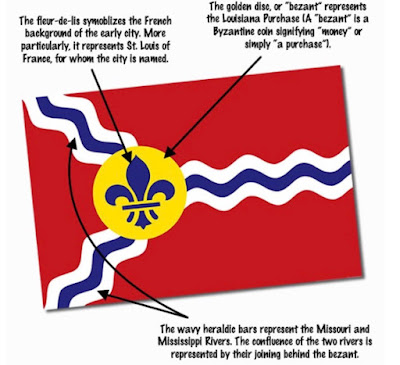 The flag with a solid red background has two broad heraldic wavy bars, colored blue and white, extending from the left top and bottom corners toward left center where they join and continue as one to the center right edge. This symbolizes the confluence of the Missouri and Mississippi rivers. Over the point of confluence a round golden disk upon which is the fleur-de-lis of France (blue) calling attention to the French background of the early city and more particularly to St. Louis of France for whom the City is named. The golden disk represents the City and/or the Louisiana Purchase. (Heraldically, the disk is a "bezant" or Byzantine coin signifying, money or simply purchase.) The flag's colors recall those of Spain (red and yellow or gold), Bourbon France (white and gold), Napoleonic and Republican France (blue, white and red), and the United States of America (red, white, and blue). Official City of St. Louis description.

It is worthy of noting that Catholic Supply is a family owned religious goods store with Catholic and Christian religious gifts, books, Bibles, church supplies and church furnishings, for the clergy, staff, and members. 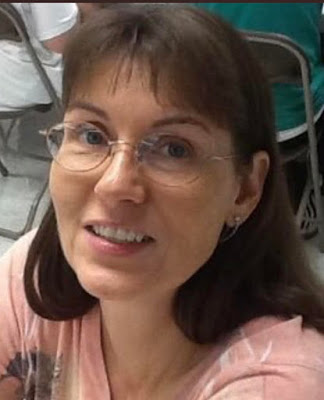 
The St. Louis Post-Dispatch reported that a 911 caller reported that the shooter went inside the store and ordered all of the women inside to strip at gunpoint, sexually assaulted several of them, then shot one (Jamie Schmidt) of them in the head (reportedly after she refused to have oral sex with him). St. Louis County Police say that the victims did not know the suspect.

Police are looking for a white man, 5’7”, age 40 - 50 years-old, with a heavy build wearing a black jacket, blue jeans, and a large belt. The suspect was also wearing a black or gray hat. The description was updated his appearance saying he is wearing a paper-boy style hat, a navy blue Carhartt-style jacket, and a red, white and black plaid shirt. The suspect is considered armed and dangerous. Police are not sure, if he left the scene on foot or in a vehicle. 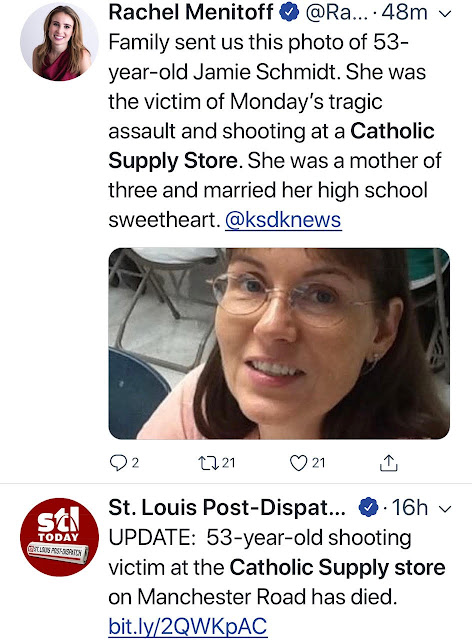 The sexual assault details of this crime are graphic and disturbing. That the suspect was uncaught is likewise upsetting to local community members.

The bodies of 14-year-old Liberty German and 13-year-old Abigail Williams were discovered on Valentine's Day, February 14, 2017, close to an abandoned railroad bridge near Delphi, about 20 miles from Lafayette, and around 60 miles from Indianapolis, Indiana. They went missing the day before. 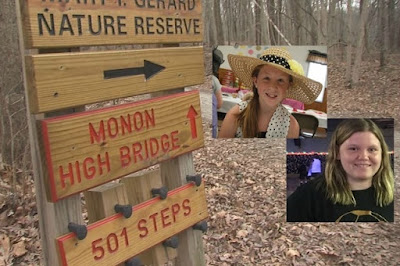 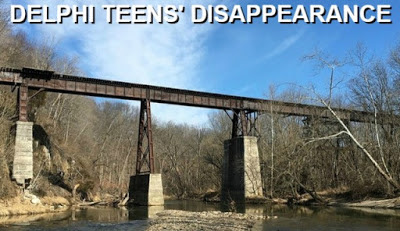 Liberty German, one of the two girls killed along a northern Indiana hiking trail used her mobile phone beforehand to capture video of the man who killer her and her friend, Abigail Williams.  Soon after the killing, Indiana State Police played a clip of the man’s voice during a news conference, where he can be heard saying: “down the hill.” 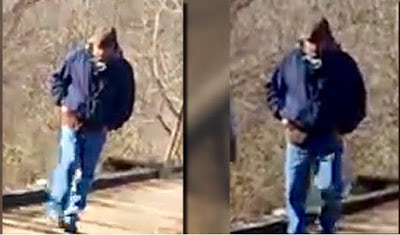 Liberty also captured a grainy image released by police of a man walking near the hiking trail outside Delphi about the time she and Abigail disappeared on February 13, 2017. See here.

In November 2018, some people online are comparing this image of the Delphi suspect with the reported description of the alleged Catholic Supply molester/killer.

St. Louis 2018: White man, 5’7”, age 40 - 50 years-old, with a heavy build wearing a black jacket, blue jeans, and a large belt. The suspect was also wearing a black or gray hat. The description was updated his appearance saying he is wearing a paper-boy style hat, a navy blue Carhartt-style jacket, and a red, white and black plaid shirt.

Photos of similar articles of clothing have been posted by law enforcement. 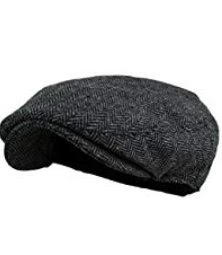 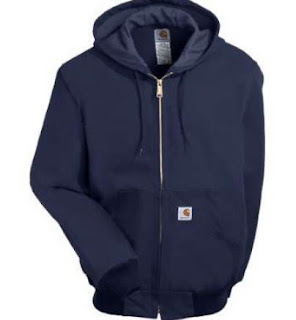 The St. Louis Police Department posted this: "UPDATE: We have a bit more information regarding the #CatholicSupply store homicide: The suspect may have been wearing a black or gray 'paperboy-style' hat. See the example." 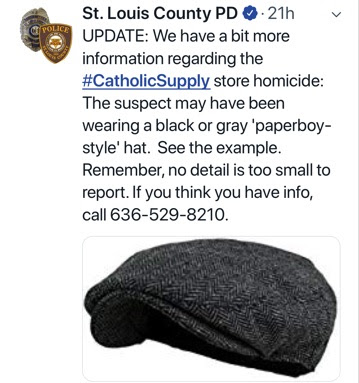 Delphi, Indiana 2017: From the cell video and description, the local law enforcement agencies posted the following. 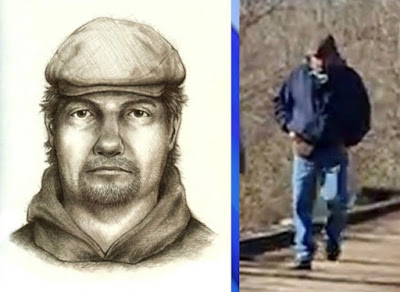 The match appears to be remarkable.

In 2017, after the Delphi murders, Inside Edition did a story comparing the killings to those of two young girl also murdered on the 13th of a month, in 2012. 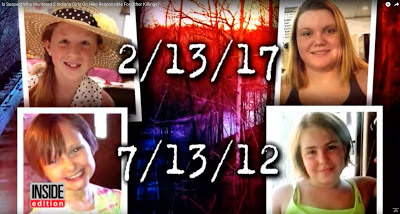 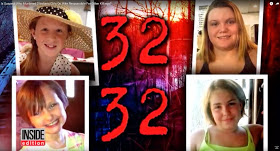 Reflecting on the 2018 Missouri case, it reminds me of the Amish School (Pennsylvania) shooting, also called the West Nickel Mines School shooting of October 2, 2006. While this involved the shooting of eight of ten girls (ages 6-13) and the killing of five, as well as the gunman, Charles Carl Roberts IV, it began as a hostage situation. And it was an event that very much involved the molestation of the girls being held hostage.

Roberts ordered the girls to line up against the chalkboard and allowed a pregnant woman, three parents with infants, and all remaining boys to exit. One girl, nine-year-old Emma Fisher, escaped without her older sister.

The Amish School incident of 2006 and the Catholic Supply Store event of 2018 appear to be related to the underlying theme of maltreatment, sexual hate, and molestation directed towards females, a la' the Incel Effect.