Headlines are using the phrase "hostage situation," but this event is a "school shooting," which had as a component the taking of hostages.

As I've noted before, in one of first modern school shootings, the Moses Lake, Washington State incident, on Groundhog’s Day, 1996, Barry Loukaitis, 14, took his classroom hostage, killed two students and his algebra teacher. 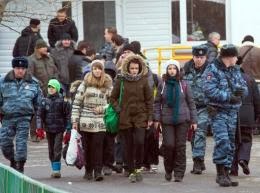 A Moscow high school student shot a teacher and a police officer dead and held about 20 other pupils hostage in a classroom Monday before he was disarmed and detained, Russian authorities said, just days before Russia hosts the Winter Olympics.
In a rare school shooting in Russia, the attacker entered his school in northern Moscow with a rifle and held students and a teacher hostage in a biology classroom, the Investigative Committee of Russia said.
The incident, at School No. 263, happened around noon local time when the armed student forced his way past a security guard, who raised an alarm.
"On his way to the class the shooter injured one of the teachers who died later," said the committee, Russia's federal intelligence agency. "The police officers arrived to the school. When they entered the building the shooter opened a gun fire, injured one and killed another."
All of the hostages were released and the gunman was detained, it added.
State media said there were about 20 students in the classroom.
The incident comes as Russia prepares to host the Winter Olympic Games, due to start in Sochi this week.

Witnesses said the suspect -- described as a 'straight-A' pupil named Sergei Gordeyev -- charged into the school wielding two rifles and ordered a security guard to lead him to a specific classroom in the two-story building on the northern outskirts of Moscow.


Russia 24 said the student is said to have had an issue with a geography teacher. This was not the teacher who was shot or who was among the hostages.


The media outlets said the student had a small-bore rifle and a hunting carbine, which were registered under his father's name.
They reported he is said to have fired 11 times. His father called him and spoke to him for 15 minutes to try to convince him to release his hostages. The father then went to the school and talked to the student in the classroom. Only then did he agree to release his hostages, state media said.
CNN could not immediately independently verify this.

The hostage scenario is infrequently a part of American school shootings, and is part of the Stephen King book Rage. 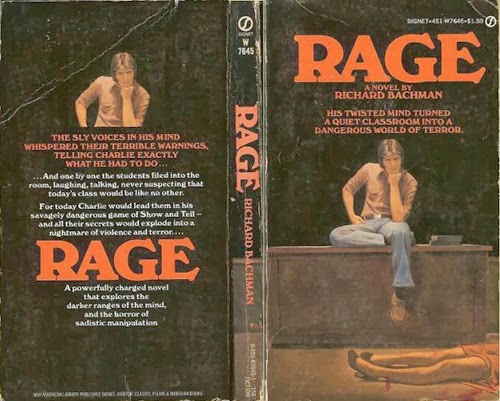 Posted by Loren Coleman at 9:01 AM