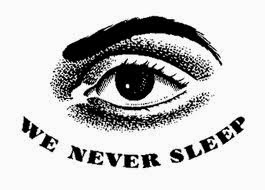 Recognize this logo? This Masonic appearing business symbol has an intriguing history.

It happens to be the original company insignia for the Pinkerton Detective Agency. 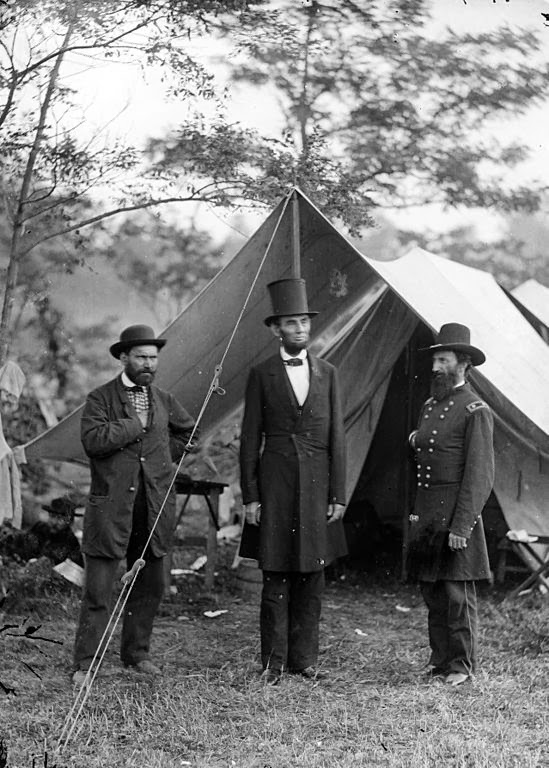 Pinkerton is on the left in the "Tent Picture." 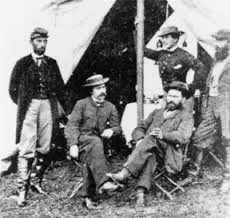 Pinkerton is on the right, seated, in this one. 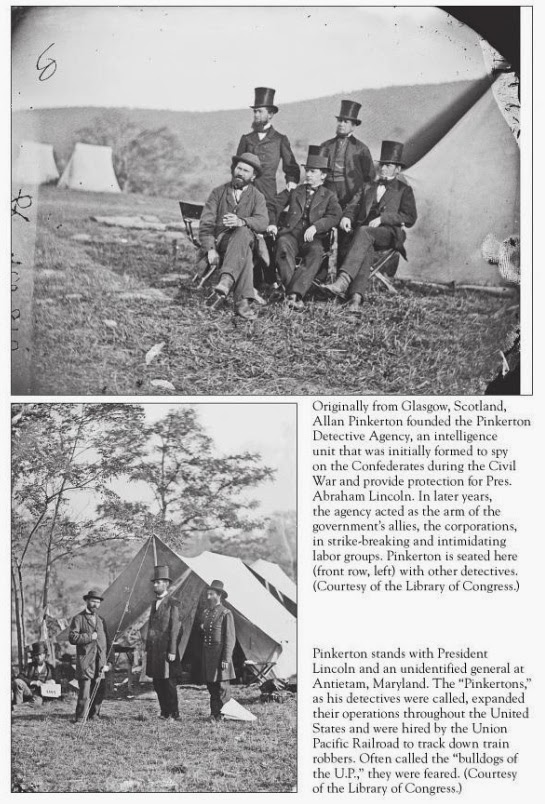 As an addendum to the Hidden Hand Name Game, I post the following response of Jim Brandon (Weird America, Rebirth of Pan) to my earlier photographic essay.


Hi, LorenAnother great dot-connector....  The arcana of the misnamed Civil War (it wasn’t a struggle for control of a government, since the South only wanted to split) continue to fascinate.  Was the tent picture's Allan Pinkerton a Mason? As a Mason, his loyalties could have been to maybe the Lodge No. 0,
the Mother Lodge of Scotland (some say the world), at Kilwinning a few
miles south.  His choice of an emblem for his busy detective agency was evocative: ye olde all-seeing eye: 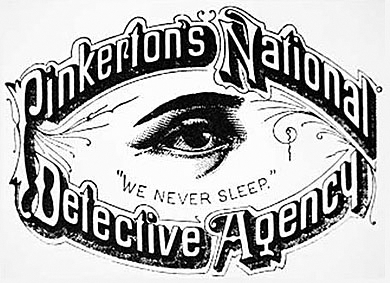 See the older logo at top. 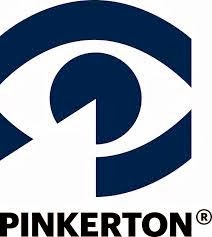 The modern logo of the Pinkerton Security Service, the forerunner of the US Secret Service, is a stylized "all-seeing eye." 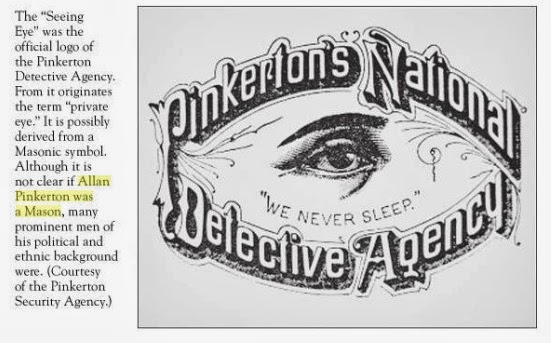 But it was after Pinkerton's sudden and inadequately explained fall from grace that the story gets name-gamey, since he was replaced by none other than Lafayette C. “Lafe” Baker.  His Wikipedia biography, by the way, has a detail that I wasn’t aware of: a fairly recent investigation has found that Lafe was almost certainly poisoned with arsenic, with a War Department employee (and brother-in-law!) the likely culprit.... 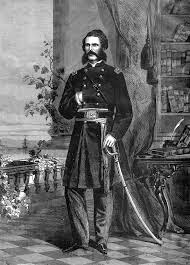 And on and on downhill with a tailwind to the great coup-de-théâtre of the century, the Lincoln hit.  Baker obviously knew much of the back-story, or maybe too much, and hence the arsenic.  Somebody some day should get out and reprint those classics of revisionism, Why the Civil War?, Why Was Lincoln Murdered? et al by Otto Eisenschiml.  Clint Eastwood should make a sequel to [Robert Redford's] The Conspirator with the rest of the story.

Once again you do great work. ~ Jim 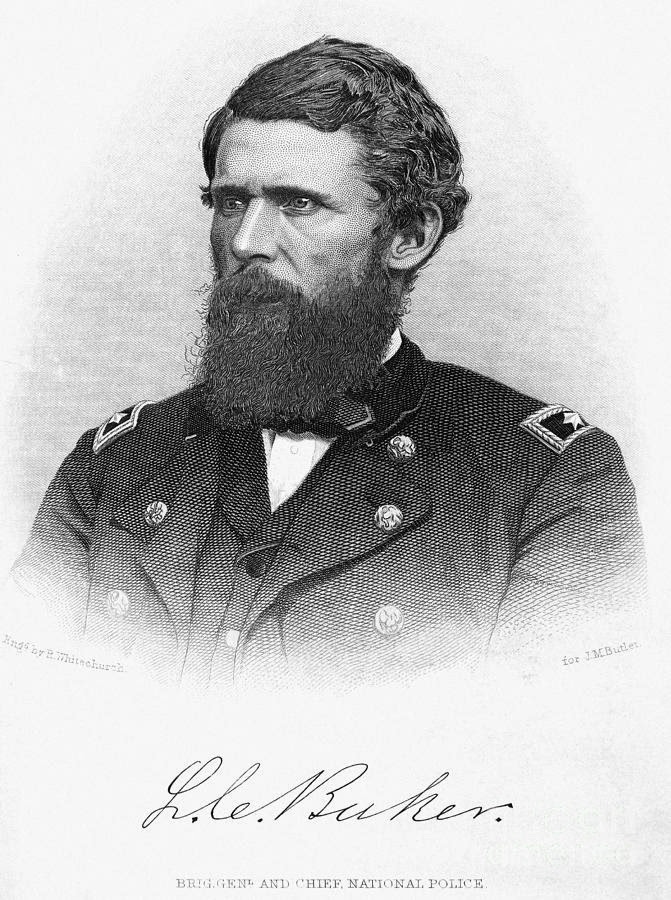 The Pinkertons' origins are definitely Masonic.
According to various sources,
"In the 1850s, Allan Pinkerton met Chicago attorney Edward Rucker in a local Masonic Hall and formed the North-Western Police Agency, later known as the Pinkerton Agency."

Recluse comments that the Pinkerton "Agency played a key role in destroying the Molly Maguires, who had their origins in an older secret society. He was also deeply involved in the pursuit of Jesse James, who was, of course, reputed to have been both a Mason and a member of the Knights of the Golden Circle." 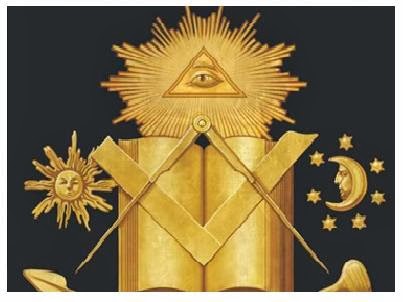 The Masonic All-Seeing Eye, in evidence in their official documents and artifacts, is also to be found on the back of the United States of America's dollar bill.

Posted by Loren Coleman at 5:33 PM

There is also the Hand of Fatima that incorporates an eye within a hand.