Loren Coleman On The Paracast

There is a new online chat with Gene Steinberg and Christopher O’Brien,
which was conducted on May 1, 2014. 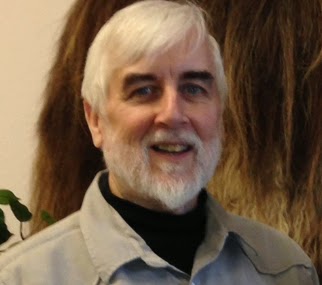 I agreed to do various interviews during what I think will become known as my quiet winter-spring of 2014. One that is out already is now on the Paracast.

Here is their site's description:

The Paracast is brought to you weekly on GCN Radio. Click here to get the exclusive GCN app for your iPhone or Android smartphone!
May 4, 2014 (DOWNLOAD!): The Paracast is a paranormal radio show that takes you on a journey to a world beyond science, where UFOs, poltergeists and strange phenomena of all kinds have been reported by millions. The Paracast seeks to shed light on the mysteries and complexities of our Universe and the secrets that surround us in our everyday lives.
Join long-time paranormal researcher Gene Steinberg, co-host Christopher O’Brien, a seasoned field investigator, and a panel of special guest experts and experiencers, as they explore the realms of the known and unknown. Listen each week to the great stories of the history of the paranormal field in the 20th and 21st centuries.
On this week's show: Gene and Chris welcome pioneer cryptozoologist Loren Coleman back to The Paracast with an update of ongoing research into the field, including a global call for DNA evidence. You'll hear about case histories, including recent reports, along with a dose of myth busting. According to his bio: "Loren Coleman is one of the world’s leading cryptozoologists, some say 'the' leading. Certainly, he is acknowledged as the current living American researcher and writer who has most popularized cryptozoology in the late 20th and early 21st centuries." 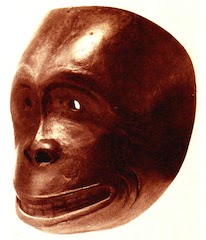 I discuss a wide variety of topics including cryptozoology, Bigfoot, and new species. But the hosts of the show certainly wanted to begin with the Twilight Language, the Copycat Effect, and the Fortean end of things - and that's where we went. 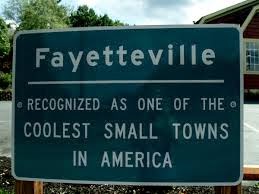 Besides briefly mentioning the legacy of the Museum, I can't recall actually talking about my published works, per se, resulting in my books, now or in the future. Listener questions were intriguing, interesting, and broadbased.

This Paracast is a rather casual, all-encompassing conversation that hits a lot of the landscape of my recent intellectual life. You might want to go watch a baseball game, instead, or read a good book. Cheers. 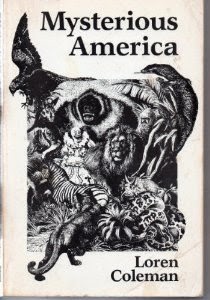 The 1983 cover of the first edition of Mysterious America.
Posted by Loren Coleman at 8:41 AM