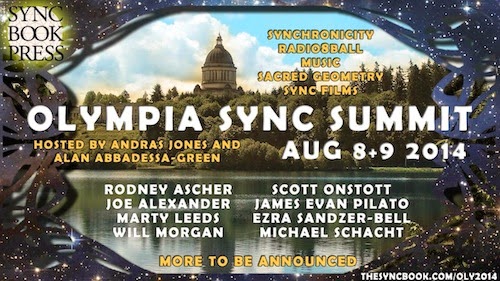 Sync Book Press has announced they are holding The Olympia Sync Summit this coming August 8-9, 2014. Readers of this Twilight Language blog, who live in the Pacific Northwest, may wish to attend.

It is the Sync Book Press's first, large-scale event with multiple days and presenters. Currently, they are selling pre-sale tickets as a part of an Indiegogo campaign to fund the event. They are asking for folks to consider donating and meeting with them this summer at their conference. Get your tickets now! For full details, see here.

Olympia's name origins, of course, go back to Olympia (Greek: Ολυμπία; Ancient Greek: [ˈolympia]; Modern Greek: [ˈolibia] Olympía), the sanctuary of ancient Greece in Elis, which is known for having been the site of the Olympic Games in classical times, the most famous games in history.

Washington was named after George Washington, the first President of the United States, and is the only U.S. state named after a president. To distinguish it from the U.S. capital, Washington is often referred to as Washington state as opposed to the more conventional "The State of Washington," a redundancy that is unpopular with many of its citizens due to the perception that the qualifier relegates it to a lesser status among other states. Washingtonians (residents of Washington) and many residents of neighboring states and Canadians from southern British Columbia normally refer to the state simply as "Washington," while usually referring to the nation's capital as "Washington, D.C." or simply "D.C." The area was originally called "Columbia" after the Columbia River. Ironically, the area was renamed Washington to avoid confusion with the District of Columbia.

As master name game theorists, including myself and Jim Brandon, have pointed out, both "Columbia" and "Washington," tied to their Masonic harmony, are power monikers.


Master pulp fiction writer Raymond Chandler once sent his pre-Philip Marlowe sleuth Carmady to Olympia, Washington, in the short story "Goldfish," which is set in 1936. A Great Depression-era town with government buildings is sketchily described. The yarn ends violently on the extreme tip of the Olympic Peninsula, in a smugglers' nest in Westport. 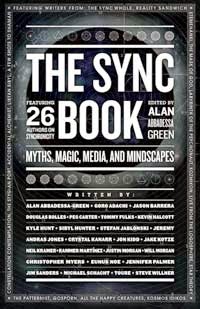 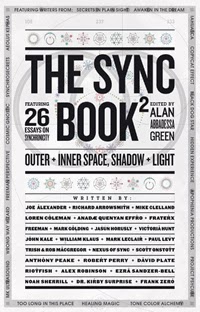 (The Sync Books are edited by by Alan Abbadessa-Green. I have an essay in book 2.)
Posted by Loren Coleman at 8:09 AM