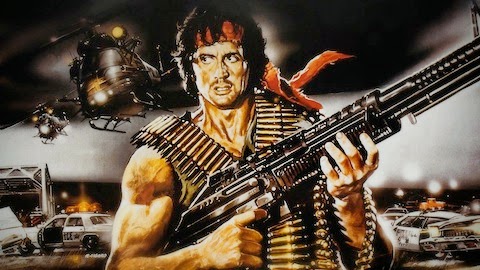 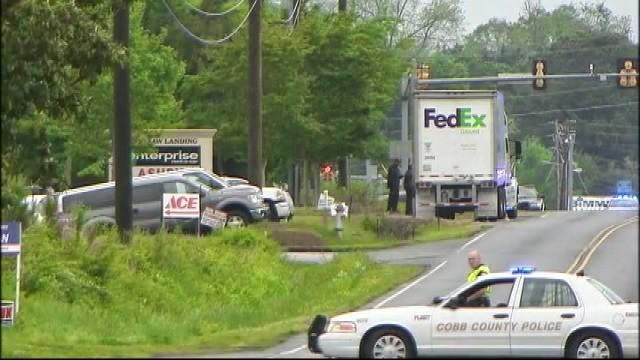 The name Kennesaw is derived from the Cherokee Indian word gah-nee-sah meaning cemetery or burial ground. The name hit home on April 29, 2014.

At least six victims have been taken to a hospital after a shooting this morning at a FedEx facility in Kennesaw, Georgia, Cobb County police say. The shooting happened at a Fed-Ex facility at 1675 Airport Road in Kennesaw.

Multiple law enforcement agencies are on the scene of the suspected workplace shooting.

Officials from WellStar Kennestone Hospital say they've received six patients from the shooting, hospital spokesman Tyler Pearson said. One of the six was in surgery, he said. Injuries range from minor to serious. Kennestone is a Level II Trauma Center.

A witness stated the FedEx 19-year-old shooter, dressed all in black, had an assault rifle, a knife and bullets strapped across his chest, "like Rambo."

Rambo is a film series based on the David Morrell novel First Blood and starring Sylvester Stallone as John Rambo, a troubled Vietnam War veteran and former Green Beret who is skilled in many aspects of survival, weaponry, hand to hand combat and guerrilla warfare. The series consists of the films First Blood (1982), Rambo: First Blood Part II (1985), Rambo III (1988), and Rambo (2008).

FedEx is "aware of the situation," company spokesman Scott Fielder said when asked about reports of a shooting.

Officials say the lone suspected gunman was found dead, likely from a self-inflicted gun shot wound. The gunman is described as a "package handler," an employee of the facility. 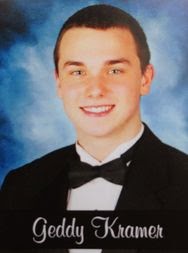 The gunman has been identified as Geddy Kramer. Kramer was a 2013 graduate of North Cobb High School.
Kennesaw is about 30 miles northwest of Atlanta.

+++
On Friday, March 28, 2014, a FedEx employee, a 48-year-old female, making deliveries was shot and wounded in Chicago. The company confirmed the victim is an employee. Police say the Friday night shooting occurred in the Oakland neighborhood on the city's South Side.

While "going postal," as a phrase, has come into usage, due to the workplace violence incidents at the United States Postal Services, there appears to be more silence regarding any kind of similar phenomenon occurring at FedEx centers and workplaces. Before this one.

But buried deep in workplace violence documents, there are hints of a greater problem.

The following incident of April 7, 1994, is mentioned in a workplace violence white paper:
"A Federal Express pilot took a claw hammer and attacked three others in the cockpit, forcing one of them to put the fully loaded DC-10 cargo plane through a series of violent rolls and nose dive that brought the whole crew back bleeding....The case of Auburn R. Calloway, on the other hand, who attacked three of his fellow Federal Express pilots, was unpredictable. Calloway had organized his Neighborhood Watch Program and was an ex-Navy pilot. However, he was scheduled to appear the next day before a disciplinary hearing at Federal Express to face charges that he had lied about his military and work experience."

FedEx has zero tolerance for workplace violence and has established clear standards of behavior in our policies. Conflicts must always be resolved in a peaceful, professional and respectful manner. The FedEx Workplace Violence Prevention Program helps to provide team members and vendors with a safe and secure work environment. Our mission is to increase awareness of developing situations and other indicators of workplace violence. Unauthorized firearms or weapons are strictly prohibited on company-leased or -owned property and in buildings, aircraft or vehicles. Possession of firearms or weapons on company property may be grounds for immediate dismissal.

All FedEx employees are responsible for reporting potential or actual situations of workplace violence either through a special web-based reporting system, contacting a member of FedEx Management, Security or Human Resources, or calling the FedEx Alert Line in their respective countries.

All reported instances of workplace violence are investigated by a Workplace Violence Response Team, which is a group established to help maintain a safe and secure workplace. The team is made up of members from the following areas: Security, Legal, Human Resources, Benefits, Safety, Contract Relations and the Employee Assistance Program. When the Response Team receives a report of potential workplace violence, they properly investigate and make a recommendation of action to be taken.

The Georgia facility is located in Kennesaw, near Atlanta, a quiet suburb unique in the U.S. for mandating every household own at least one gun. The law is not enforced, so the Kennesaw gun ownership rate hovers around 50 percent, according to its police chief. That’s still higher than the average rate of gun ownership in the U.S., estimated to be about 34 percent. When the law was enacted in 1982, Kennesaw had only 5,000 residents. Today, it has a population of 30,000.

The incident comes just one week after Georgia enacted what may be the nation’s most expansive concealed carry law. The National Rifle Association-sponsored “Safe Protection Act” allows gun owners to bring firearms into most public spaces, including schools, bars, churches, airports, and government buildings, even though researchers have generally found that more people die from gun homicides in areas with higher rates of gun ownership.

Cobb ≡ Jakob/Jacob/James, which is a key name in these shootings and relates to Sagittarius. http://bioticastrology.com/2013/08/04/the-martyrdom-of-st-james/
The January 13 shooting at a cinema near Tampa, Florida was at one of the Cobb Theaters.
In my opinion, the St. James/Sagittarius symbolism is as significant to these shootings as the Fayette factor is to paranormal events.

A 17-year-old South Carolina teen Asia Leeshawn Ferguson, of Springfield, S.C., was decapitated by the "Batman the Ride" rollercoaster at Six Flags Over Georgia about 2 p.m. on Saturday, June 28, 2008. It was the second Batman ride-related death at the Cobb County park. Six years earlier, a 58-year-old park worker, Samuel Milton Guyton of Atlanta, was killed on May 26, 2002. Guyton was in a restricted area on a platform when he was kicked in the head by 14-year-old girl on the front car of the ride. The girl was hospitalized with a leg injury.

So let me get this straight...

The wounded security guard's name is Christopher SPARKman. And the facility where survivors and family members were gathered is the SPARKles Family Fun Center skating rink. From a gnostic point-of-view this implies the battle of Darkness vs. the Divine Sparks (or shards) of Light. The media is also highlighting the fact that Sparkman is a newlywed which syncs to biblical bridegroom/bride imagery in revelations regarding the coming of Christ (the Light of the world).

And I don't want to go too far out on a sync limb, but the shooter's first name "Geddy" kind of sounds like a nickname for Armageddon.

I try not to watch the news so I didn't even realize this husband/wife murder suicide had occurred on June 6th in Kennesaw. It happened at a Moe's Southwest Grill restaurant inside a Kroger shopping center.

You wrote about some other incidents at Kroger locations in Atlanta back in February during the snow storm.